The dream of making biodiversity information freely available to people around the world is an ambitious goal embraced by many in the scientific community, and it represents the mission behind both the Biodiversity Heritage Library and the Encyclopedia of Life (www.eol.com), of which BHL is a cornerstone institution. While the Biodiversity Heritage Library strives to digitize the published literature of biodiversity held in the collections of the participating and contributing institutions, the Encyclopedia of Life (EOL) was established “to make comprehensive, authenticated information about the world’s biodiversity freely available over the Internet,” and comprises a website hosting more than 160,000 authenticated species pages and 1.4 million base pages.

Recently, EOL announced their intention to employ a thematic approach to the aggregation of content for species pages, with a current focus on marine biodiversity. By 2013, EOL hopes to have comprehensive species pages on at least 90% of named marine species.

The wealth of marine biodiversity information can also be seen in the collection of BHL, with the subject headings of marine animals, fishes, Crustacea, and Mollusks comprising over 1300 titles in BHL. This week’s book of the week, Bulletin of the United States National Museum, no. 246 (1966), highlights the diversity of living whales throughout the world’s oceans, ranging from the charismatic Bottlenose Dolphin to such well-known icons as Orca whales. With the wealth of marine information available on EOL species pages, it would be a shame not to relate a few of the whale species covered in this volume to their corresponding species pages in EOL, and thus below are a few select species listed with links to their EOL pages and species page within this week’s book of the week. And, while it is impossible to highlight all of the whale species covered in this volume in a short blog post with references to EOL and its plethora of further information and images related to these species, we hope you will take the time to explore these creatures both within this text and on EOL. Enjoy!

This week’s Book of the Week, Bulletin of the United States National Museum, no. 246 (1966), was contributed by the Smithsonian Institution Libraries.

(Please keep in mind that the EOL pages have not yet harvested all of the available BHL bibliographic references, and thus the BHL Summary found on the EOL species pages may not fully encompass all BHL titles that mention these species.) 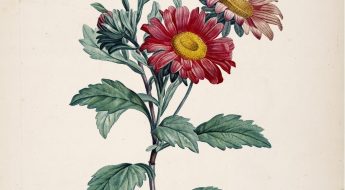