As the planet warms, habitats for a myriad of species worldwide are changing, and perhaps those most affected are the species living in the arctic regions of the globe. These areas are seeing significant increases in average temperatures, changing the dynamics for the life found there. A poignant example of this is the Arctic Fox (Vulpes lagopus), a species whose habitat is being encroached upon by the Red Fox (Vulpes vulpes) as increasing temperatures make the arctic more habitable for the latter (see EOL’s “Threats” tab on the Arctic Fox page).

In recognition of this threat, we decided to feature the Arctic Fox in our book of the week post this week. In searching BHL for an item highlighting this species, we can across some interesting information regarding the food supply of the species in winter in Dogs, Jackals, Wolves and Foxes: A Monograph of the Canidae (1890), by St. George Mivart. This book, which contains abundant information on the species itself, also showcases the Arctic Fox’s unique food storage habits, which allow it to survive through the arctic’s prey-deficient winter months.
Scientists were long puzzled by the fox’s ability to survive through the long winter months without migrating, when a majority of its food sources had done so. As our book of the week relates, Professor Alfred Newton, in the 1863 expedition to Spitzbergen, wrote,
“What the Foxes do to get a living in winter when the birds have left the country, is one of the most curious questions that has presented itself to my mind for some time. The greater number of them are said to remain on the land, and to be as active during the long polar night as they are in summer; yet there are no berries by which they might eke out their existence, and there can be no open water, on the margin of which they might find food, within miles of their haunts. The most natural explanation which occurs to one is that they lay up a stock of provisions; but nobody, that I am aware of, has ever found such a store-closet.”
However, the supposition of “store-closets” was subsequently confirmed by H.W. Feilden during the Arctic Expedition of 1875 under Captain G.S. Nares. Feilden wrote, in reference to their discovery of Arctic Foxes during their expedition,
“…to our surprise, we discovered numerous deposits of dead Lemmings. In one out-of-the-way corner, under a rock, we pulled out a heap of over fifty dead Lemmings. We disturbed numerous ‘caches’ of twenty and thirty, and the ground was honeycombed with holes which each contained several bodies of these little animals, a small quantity of earth being placed over them. In one hole we found the major part of a hare carefully hidden away.”
The ingenuity of our Arctic Fox was thus established, revealing that, thanks to the thrifty habits of our little friend, the species is able to survive the cruel wrath of the arctic winter without having to migrate to warmer climates to follow their food sources. The competition for this food is now significantly increased, however, thanks to warming climates that allow the Arctic Fox’s competitor, the Red Fox, to encroach more and more upon their feeding grounds. We hope that through the increased availability of literature on both species through projects like BHL, and subsequently a better understanding of these animals and their natural habitats, scientists can help turn the tide for the Arctic Fox, saving this glamorous canine for future generations.
This week’s book of the week, Dogs, Jackals, Wolves and Foxes: A Monograph of the Canidae (1890), by St. George Mivart, was contributed by the University of California.
See the first description of the Arctic Fox in v. 1, pg. 40 of Systema Naturae per Regna Tria Naturae: Secundum Classes, Ordines, Genera, Species, Cum Characteribus, Differentiis, Synonymis, Locis (1758) by Carl von Linné.
arctic, arctic fox, book of the week, climate change, encroach, linnaeus, red fox
April 14, 2011
Share This Post 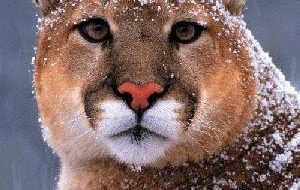 « Previous post
Book of the Week: The Threat to the Arctic Fox
Next post »
BHL and Our Users: Dr. Petra Sierwald