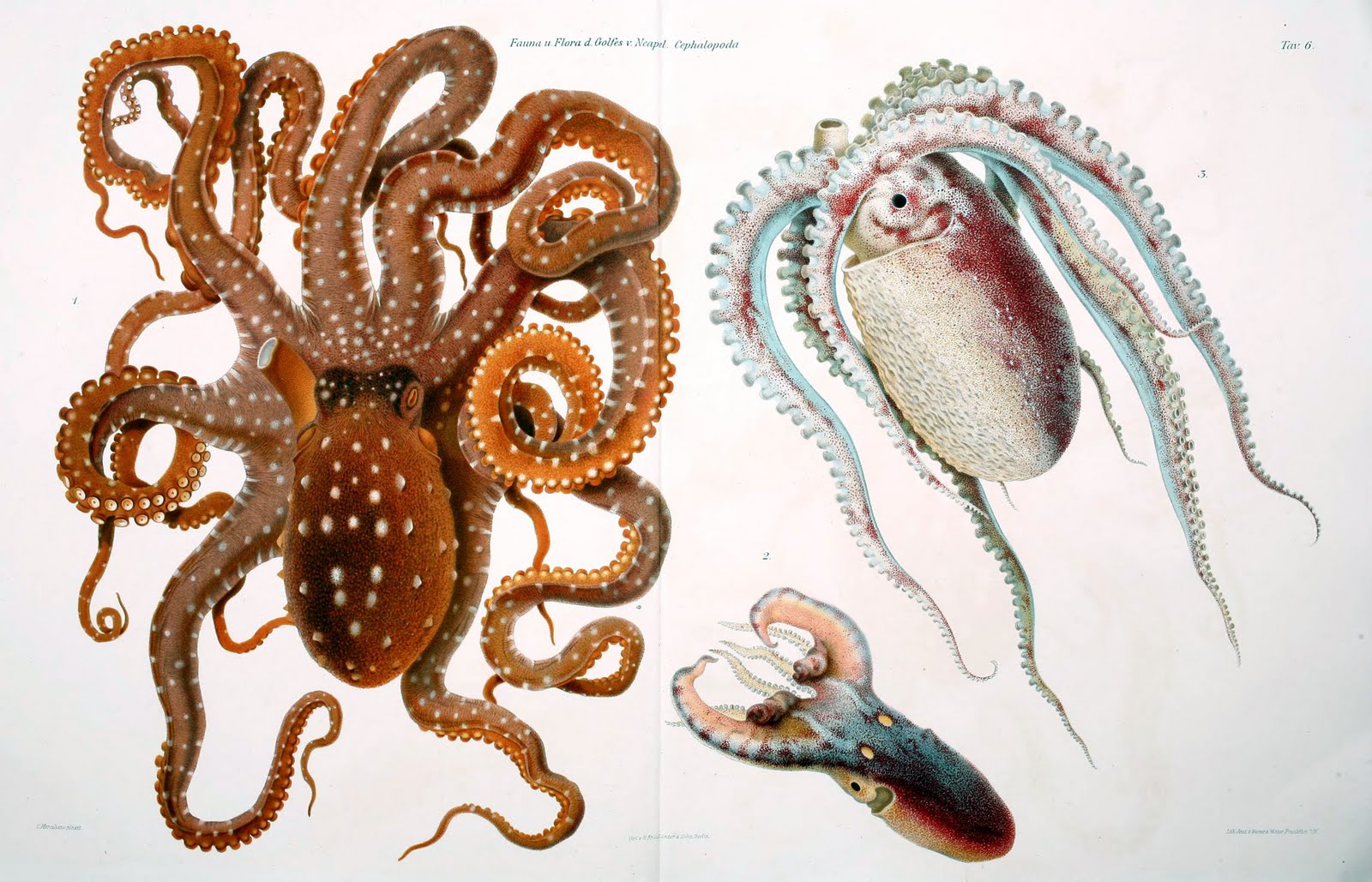 We’re all about mollusks in our book of the week this week, with our featured title being one brimming with some really spectacular watercolors by Comingio Merculiano. What, you might ask, is the title of this exceptional work? I Cefalopodi Viventi nel Golfo di Napoli (Sistematica) (1896). While the copy on BHL consists of only the plates from this title, the entire volume (with text) constitutes the 23rd monograph in the series Fauna and Flora of the Gulf of Naples, published by the Stazione Zoologica. This particular monograph, written by Giuseppe Jatta, presents, as the name suggests, detailed information on the Cephalopods of the Mediterranean. 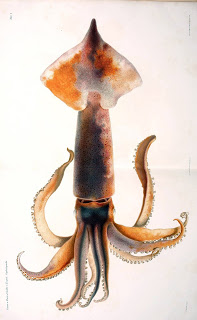 The Fauna and Flora series was the brain child of Anton Dohrn, prominent German Darwinist and founder of the Stazione Zoologica in Naples. In the winter of 1868, Dorhn and his colleague Nicholai Miklukho-Maklai conceived of the idea of a global network of zoological stations, in which scientists could visit various stations around the world, collect material, and conduct research in ready laboratories. The first of these stations, “Stazione Zoologica di Messina,” consisted of two rented rooms in Messina, but impediments such as the absence of a library (oh, how they would have loved BHL!) and permanent trained personnel made it quickly apparent that the idea was wrought with difficulties.

In the 1870s, Dohrn moved the location of the station to Naples, as the breadth of biological richness in the Gulf of Naples, and the proximity to a large university, made it an extremely attractive location. This time, the station was a much greater success! Encouraged, Dohrn decided it was time to move on to another pet project, and one for which the Station was well-equipped to support. Burdened by the lack of systematic studies on marine fauna in the Mediterranean, Dohrn developed the Fauna and Flora of the Gulf of Naples project, assigning groups of marine organisms to subject experts with instructions to write a monograph on each of the assigned groups. Each monograph was to deal with the morphology, development, systematics or ecology of the topic assigned. Disappointed by the quality of scientific illustrations accompanying many of the monographs, Dohrn also hired professional artists to create illustrations for the works. As Dohrn explained in v. 48 of Nature, 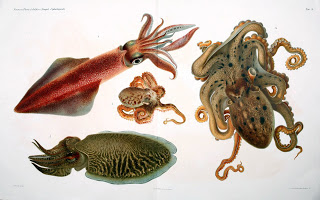 “I wished to lay great stress upon illustrations. In looking over the existing iconography of the lower marine animals, and comparing them with those of the terrestrial animals, the inferiority of existing illustrations of the former was apparent, and especially as regards the reproduction of the colouring of the living marine organisms. Colour in animals may have relatively little scientific interest compared with structure, nevertheless it has a meaning, and its good reproduction facilitates greatly the recognition of the species. Besides, practical reasons spoke very much in favor of good coloured illustrations as a means to facilitate the sale of the monographs, which were to be published on subscription, and as the safest way for covering the great expenses which were to be incurred.” 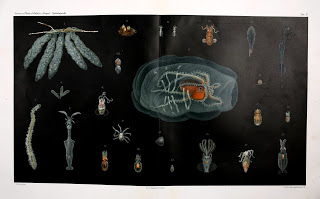 The first artist selected was Merculiano, who began his collaboration in 1885, and it is thanks to the incredible talent of this artist that we have such a glorious collection of illustrations to present this week! Indeed, Dohrn himself attributed the success of the series in large part to the quality of the illustrations contained within the volumes, which were reproduced for the publications via lithographs by Werner and Winter. We’re certainly glad Dohrn decided to incur the costs of quality scientific artwork, and we hope you enjoy the few images we’ve selected for this post. Be sure to check out the entire collection of illustrations from this work in Flickr!