Since 2009, we have been looking at Wikipedia as a way to drive new user traffic to the Biodiversity Heritage Library while improving the content and accuracy of Wikipedia’s articles. This symbiotic relationship has had a few bumps along the way but, our recent attendance at the  8th Annual Wikimania Conference held in Washington, DC, reaffirmed our commitment to increase our Wikipedia efforts which include adding our Flickr images to the Wikimedia commons file repository as well as inserting species citations, and external links to auto-generated BHL taxon name bibliographies. During this week-long conference, we were inspired by the sense of mission, ingenuity and passion that our fellow Wikipedians demonstrated.

Early on, we ran into some obstacles with our Wikipedia edits. It seems we lacked the user “clout” necessary to add BHL links en masse. As newcomers who had not been “validated” by the Wikipedia community, we found that many of our citations were subsequently deleted which proved a tad bit frustrating since we had no idea why this was happening! At this year’s conference, we learned that Wikipedia is subject to rampant vandalism and many links from unverified or new users will be deleted. You must earn authority over time in Wikipedia. Top users are awarded virtual honors dubbed “barnstars.” Yes, anyone may edit but, in Wikipedia only the unbiased vetted truth sticks.

Contrary to popular derision, Wikipedia’s standards for trusted citations, fact checking and article quality are intensely rigorous. They have developed rubrics for quality, tutorials for writing articles, and lists of articles that need user help. Wikipedia is built upon the hard-work of a global network of altruistically motivated (as opposed to financially), passionate and tech savvy people who have developed a highly complex information ecosystem. Frankly, we were in awe at the spirit Wikipedians had for Open Knowledge not to mention the amount of free work they seemed willing to do. Beyond traditional editing efforts, Team BHL has also been exploring potential tech developments for two out of the ten official Wikimedia foundation projects; those being, Wikisource and Wikimedia Commons.

Wikisource
Wikisource is a project that gives users the opportunity to augment open content texts with corrections, hyperlinks and notes. This really piqued our interest because free-text searching in the BHL has been one of the most requested improvements for functionality by our users and remains on our tech development to-do list. The main obstacle that we face is that optical character recognition software (OCR) is marginally accurate at best and the errors present in uncorrected OCR texts remain one of the insurmountable hindrances to free-text searching of the BHL corpus.

After sitting-in on the Wikisource presentation given by Andrea Zanni, a Wikisource sysop, advocate, and volunteer, we were extremely impressed by this project and its potential future application for BHL text files. Finally: a platform that opens up the possibility of crowd-sourcing BHL user-generated corrections for OCR text! Moreover, the multi-layered djvu file format that Wikisource accepts allows users to add their own links into the text’s OCR, further augmenting the usefulness of the original resource.

Lastly, perhaps the most exciting application of Wikisource is its potential use with manuscripts. For instance, handwritten scientific field notes or Linnaeus’ personal letters are not accompanied by a text file; these invaluable scholarly resources could be transcribed by Wikisource users and thus exposed to user search and discovery.

Currently, there are still few options for extracting the corrections and re-integrating them into the BHL. Nevertheless, the Wikisource developers were among the most enthusiastic and driven folks at the conference; we will be watching them closely for future improvements to Wikisource that might help make the “Full-text Search Dream” a reality. As users, how likely would it be for you to help make corrections to BHL texts using the Wikisource interface?  (Screenshot above)

Another project already in the works as part of our recent NEH grant is to batch upload our 37,595 Flickr images into the Wikimedia Commons. The Commons provides Wikipedians with a central repository that stores photographs, diagrams, maps, videos, animations, music, sounds, spoken texts, and other free media, all of which can be re-purposed and reused for Wikipedia articles and projects. For our purposes here at BHL, we just see this as another avenue to expose the fabulous illustrations that we already have in our Flickr account and have them used  for article creation and species description in the future. We are particularly interested in providing images to species that have been identified in Wikipedia that are lacking illustrations.

Stay tuned for more information in the future about the progress of our Wikimedia Commons work.

As of yesterday, there were 3,181 BHL links in Wikipedia. We can only hope that this number continues to grow as word about BHL spreads. Our continued efforts are only a small piece of the pie. We count on our users to help us vet Wikipedia’s biodiversity articles, all of which benefit from citations pulled from the BHL. Please help us spread knowledge about life on Earth to new user communities by becoming a Wikimanian yourself. We may hold an “edit-a-thon” in the future for interested users — if the idea takes hold.

In the meantime, feel free to sail solo by adding BHL links and citations to Wikipedia. For helpful tips on how to do this, our Technical Director, Chris Freeland put together a presentation that offers a quick primer on Wikipedia editing for BHL.

We depend on user feedback to drive our technical development efforts, so please let us know what you think about our involvement with Wikipedia and the two aforementioned projects. 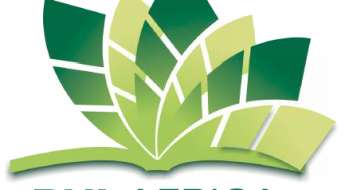 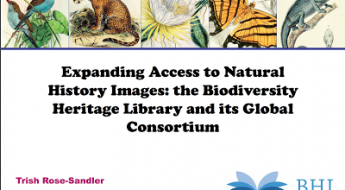