In the 1920s, a once-familiar face in the northwestern United States all but disappeared. The majestic gray wolf, a top predator in the Rocky Mountain ecosystem, gave way to the pressures of habitat loss and human hunting. By the 1930s, a previously healthy breeding population of wolves was extinct in Montana. While the decimation of any species is tragic, the loss of top predators can have an even more profound effect on an ecosystem.

The Impact of Top Predators

This statement might sound like a paradox, as predators eat other animals, thereby seeming to cause death, not life. However, by keeping other populations in check, predators ensure that a multitude of species occupying a variety of environmental niches can survive and thrive. Sadly, we’re now learning first-hand just how critical these creatures are in nature.

Science Illustrated recently published a blog post about the impact of predator disappearance. Calling on such examples as the decline of wolves, sharks, and raptors, the article states, “In some places, top predators have become so scarce that they have affected whole ecosystems and are threatening to alter food chains, changing the ecological order on land, at sea and in the air.”

But just how do predators help maintain a healthy balance in nature? Without predators to regulate prey populations, these species will reproduce beyond the carrying capacity of their environments, decimating the populations of smaller animals, plants, and coral reefs. As these species decline, additional organisms that rely on their presence will also decline, resulting in a domino effect that can ultimately push populations and habitats beyond the point of recovery.

In the wake of Shark Week, awareness about the current status of shark conservation is high. The shark fin business alone is responsible for up to 73 million shark deaths each year. “The populations of all shark species in the Mediterranean have declined by 97% in the past 200 years,” and “populations of large sharks have fallen by more than 90%.”

The disappearance of large sharks has resulted in the increase of 12 out of 14 small shark and ray species, which are usually preyed upon by larger sharks. These smaller organisms in turn are wreaking havoc on mollusk populations, as, without predators to regulate them, their populations are growing at a faster rate than the mollusk community can support. The Cownose Ray is a perfect example of this, with a population increase of 9% annually. At these numbers, the rays can consume upwards of 840,000 tonnes of Atlantic Bay Scallops in the Chesapeake Bay region in their first 100 days each year in the region. The decline of large sharks in more southern, tropical waters has led to an increase of species that consume reef-building corals, thus threatening the health of coral reefs.

Ecosystem disruption is, of course, not limited to the disappearance of top predators. The loss of any species has an impact on healthy habitat function, including the oft-despised scavengers. Last year, we wrote about the fate of the vulture in South Asia. Like sharks and raptors, vulture populations have plummeted as a result of poisoning which primarily contributed to the loss of over 14 million birds. The absence of this species, resulting in road kill abundance and resulting disease occurrence, threatens India’s ecosystem and may have severe human health consequences.

A Use Case from BHL: The Wolf Story

As outlined earlier, the status of wolf populations in the United States was jeopardized in the early twentieth century. As wolves disappeared, elk populations, along with other grazers, increased unchecked. Aspen, cottonwood, and willow tree stability fell, affecting the smaller mammals and birds that relied on them. The carcasses left behind by wolves were also of critical importance to scavenger species, like coyotes, ravens, and eagles, particularly during the winter. With no wolves around, these species suffered as well.

Happily, wolves are an example of how humans can also positively affect the fate of a species. In 1980, the Northern Rocky Mountain Wolf Recovery team devised a plan to help reintroduce wolf populations to the northern United States. In 2004, the U.S. Fish and Wildlife Service approved the Montana Gray Wolf Conservation and Management Plan, the scope and results of which are articulated in the department’s annual report, and, consequently, our book of the week.

Under the plan, with support from federal funding, the Montana Fish, Wildlife, and Parks manages wolves in northwestern Montana. As a result of natural reproduction, dispersal, and the reintroduction of wolves from Canada, wolf populations increased at rates of 10-34% annually, with a minimum estimate in 2005 of 256 wolves in Montana. As of 2011, approximately 650 wolves are estimated to live in the state.

A crucial step in setting up a successful conservation program is constructing a robust method to monitor how many specimens are in a given area. The Montana Gray Wolf Conservation and Management Plan was no exception. Monitoring involved a variety of methods, including radio telemetry, howling and track surveys, and reports from natural resource agency professionals.

Perhaps most exciting, however, was the program’s use of the public to help monitor wolf populations. Encouraging people to share any sightings or evidence of wolf activity, program officials essentially crowd-sourced the monitoring project. Officials set up a website to allow members of the public to report their sightings easily and efficiently. Volunteers were also utilized to “systematically search areas of current wolf reports, areas of past wolf activity, or noted ‘gaps’ in wolf activity despite adequate prey base.”

Using these methods, officials determined that, by the end of 2005, there were a total of 46 packs, defined as consisting of two or more wolves, with a minimum of 256 wolves in Montana. The average number of wolves per pack also increased from 4.5 in 2004 to 5.5. in 2005. The Montana program is an excellent example of not only how successful conservation programs can be, but also how members of the public can play a critical role in that success. Learn more about the recovery program and the results in BHL.

Predators are critical for healthy ecosystems, ensuring that a greater variety of species survive and thrive by keeping prey populations in check. While many predator species are threatened today, our wolf use case shows us that there is hope. If we are proactive, conservation programs are capable of ensuring a positive future for these and other species. Increasing awareness about the effect of species decline is a critical step in saving biodiversity.

By providing free access to literature about these species, BHL is helping conservations, ecologists, and researchers gain the critical knowledge they need to protect and bolster these populations. You can help support our endeavors with a donation to BHL. Be sure to take advantage of the free resources we provide, particularly the thousands of illustrations in our collection, some of which, to celebrate the threatened species we’ve highlighted today, are presented below.

Remember, each person can make a difference, and unless we act now, the future for many of these creatures, and our own planet, may be quite bleak. 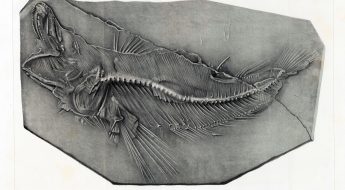