Book of the Week: The Malay Archipelago, by Alfred Russel Wallace

You would, however, only be half right.

While it is true that this 1858 publication represented 20 years of Darwin’s contemplation and conclusions on the process of natural selection (which culminated in the monumental work On the Origin of Species published just one year later in 1859), the Linnean Society piece was actually co-authored by Alfred Russel Wallace, who independently conceived of the theory of natural selection.

While Wallace, an avid explorer, collector, and natural historian, had long been seeking the cause of speciation during his 14 years of exploration in South America, Malaysia and Indonesia, it was in the midst of a fever in 1858, during his expedition to the Malay Archipelago, that inspiration struck: in the form of the theory of natural selection. Wallace expanded on this idea in a detailed article which he subsequently sent to Charles Darwin for review, unaware that Darwin himself had come to the same conclusion, though had yet to publish his theory.

At the suggestion of Darwin’s friends Charles Lyell and Joseph Hooker, Wallace’s article, together with unpublished writing by Darwin on the subject of natural selection and evolution, were presented to the Linnean Society in 1858 and subsequently published in the Society’s journal as “On the Tendency of Species to Form Varieties; and On the Perpetuation of Varieties and Species by Natural Means of Selection.”

2013 marks the 100th anniversary of Wallace’s death (in November, 1913). The Natural History Museum, London, has organized Wallace100, with a year’s worth of events and writings on the life and legacy of this great man.  This week, we explore the significant contribution Wallace made to natural history, with particular attention to Wallace’s account of his Malay expedition – the adventure that triggered a fever that fanned the flames of genius.

Alfred Russel Wallace was born in 1823 in Usk, England, the seventh of nine children. While in his twenties, Wallace took a job as a schoolteacher in Leicester, during which time he met and befriended Henry Bates, a promising young entomologist. The two were invigorated by Darwin’s account of his voyage on the Beagle, and in 1848 set out on an expedition of their own to South America. The duo hoped to determine the mechanism driving the transmutation of species, the precursor to the theory of Natural Selection.

Over the four years of this exploration, Wallace gathered thousands of specimens, largely insects. The untimely death of his younger brother, however, who had traveled to South America to join the expedition, prompted Wallace, together with his entire collection of specimens and notebooks, to return to England. It was a fateful voyage. The ship caught fire and sank, along with most of Wallace’s collections and notebooks.

Undaunted, Wallace used the insurance money he collected from his specimens to organize a new expedition to the Malay Archipelago (today Malaysia and Indonesia). Wallace departed from England in 1854 to embark on his eight year journey through the exotic East Indies.

The Malay Archipelago and the Fever that Changed Science

Over the course of the Malay Expedition, Wallace gathered 125,660 specimens, more than a thousand of which were new to science. Six years after returning from the expedition, Wallace began writing an account of his adventure, which was published in 1869 in the two-volume masterpiece, The Malay Archipelago. The work, which provided readers (scientists and laymen alike) a rare window into the exotic depths of the “wild East,” became one of the most popular books on scientific exploration in the 1800s. Wallace dedicated the work, which has never been out of print, to Charles Darwin, “not only as a token of personal esteem and friendship but also to express…deep admiration for his genius and his works.”

The work was particularly note-worthy for its descriptions of birds of paradise, orang-utans, and native peoples. During the course of the expedition, Wallace obtained the distinction of being the first European to study apes in the wild. He shot and skinned several for the British Museum, and even raised an orphan orang-utan in his field camp. Apparently, his interaction with the orang-utans was particularly troubling to the natives, who viewed them as the “men of the woods.” Alarmed by Wallace’s collection of the apes, they feared that they, too, would be shot and skinned.

Despite this tension, Wallace made a point of understanding local customs and respecting the native people’s beliefs. Before the expedition, Wallace learned Malay and other tribal languages, expressing an interest in the “manners, customs, and modes of thought of people so far removed from European races and European civilization.” His work constituted pioneering efforts in ethnology and linguistics.

The expedition was a critical period for Wallace’s conceptualization of natural selection. Taking his first step towards the realization of this theory, Wallace published “On the Law which has Regulated the Introduction of New Species” in 1855, in which he hypothesized about when and where species originate. In what would later become known as the Sarawak Law, he observed that “every species has come into existence coincident both in space and time with a pre-existing, closely-allied species,” which “clearly pointed to some kind of evolution.” The “how” was still a mystery.

In the midst of a fever in 1858, the mystery was solved. While contemplating Malthus’ “Essay on Population,” which described how factors such as disease, accidents, and war keep human population in check, Wallace conceived of the idea of survival of the fittest, leading him to the conclusion that “in every generation the inferior would inevitably be killed off and the superior would remain.” Bingo. Natural Selection. It was this epiphany that Wallace communicated to Darwin via letter. This letter, together with some of Darwin’s unpublished works on the subject, was presented to the Linnean Society in 1858.

The Truth Behind Evolution

Darwin and Wallace’s co-attributed theory of evolution by means of Natural Selection published in 1858, and a year later, prompted by Wallace’s letter, Darwin published On the Origin of Species. Throughout his lifetime, Wallace expressed only extreme gratitude at being given recognition for the theory along with Darwin. When Wallace sent his letter to Darwin in 1858, he did so without expectation of publication, and indeed, Darwin approved of the publication without consent from Wallace, as the delay in sending and receiving postage from the Malay Archipelago was considerable. When informed of the publication, Wallace wrote that he “happily and graciously approved.” According to Wallace biographer Richard Milner, Wallace “maintained that even if his only contribution was getting Darwin to write his book, he would be content.”

During the time of Darwin, Wallace was widely-acknowledged as the co-discoverer of the evolutionary theory. Today, most do not even know Wallace’s name, let alone associate him with Evolution. Why is this? According to George Beccaloni, public favor in the early twentieth century holds the key. In the late 1800s and early 1900s, natural selection as a theory became unpopular as other theories like neo-Lamarckism, orthogenesis, and the mutation theory took root. The generation of scientists that understood natural selection and recognized Wallace and Darwin died out. In the 1930s and 40s, natural selection again gained favor as a new generation of scientists rediscovered On the Origin of Species. Embracing natural selection through that avenue, the name of Wallace faded from scientific recognition.

Today, we recognize the contribution Wallace made to science, evolution, and natural selection. Wallace was awarded a multitude of medals, including the Darwin-Wallace and Linnean Gold Medals of the Linnean Society of London, the Copley, Darwin and Royal Medals of the Royal Society, and the Order of Merit. As we remember the 100th anniversary of Wallace’s death this year, let us remember that the great advances in science are often the work of many more men and women that are given general acclaim for the accomplishment.

Here’s to you, Alfred Russel Wallace. We have not forgotten you. 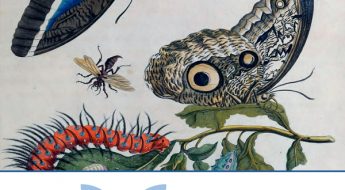 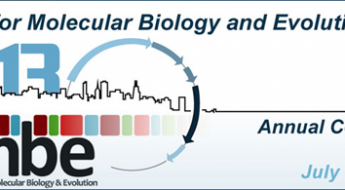 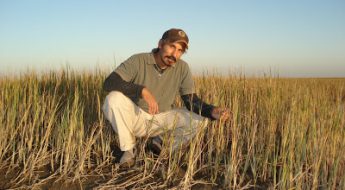