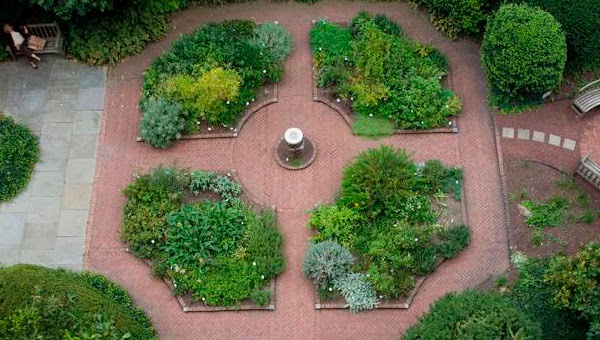 Dr. Benjamin Rush, a founding Fellow of the College of Physicians of Philadelphia, first proposed that the College create a medicinal plant garden in 1787. The garden would not only provide medicinals for use by physicians, but would also be used as a pedagogic resource for the training of medical students. Rush’s vision did not come to fruition until the College moved to its current site at 22nd and Ludlow Streets in 1909. An adjoining property was acquired in 1911, and a garden was planted in memory of Wharton Sinkler, a vice-president of the College. This garden contained flowers, trees, and shrubs, typical of small city parks. A medicinal plant garden was cultivated in place of the original garden 150 years after Dr. Rush first proposed its creation.
END_OF_DOCUMENT_TOKEN_TO_BE_REPLACED
January 15, 2015byLaurel Byrnes