William Brewster was a self-educated ornithologist who lived in Cambridge, Massachusetts. From the mid-1800s until his death in 1919, he amassed a tremendous specimen collection and became one of the foremost experts on birds in the northeastern United States. In 1906, the Nuttall Ornithological Club published The Birds of the Cambridge Region of Massachusetts, Brewster’s exhaustive work on the avian fauna of his own backyard. While the book is a valuable historical resource, it is Brewster’s journals and diaries—spanning over 50 years of his life—that contain the goldmine of his recorded observations. Last year, the Ernst Mayr Library of the Museum of Comparative Zoology at Harvard University made these journals and diaries available on BHL.

Increasingly, researchers and conservationists rely on collections of data points to understand species’ habits, population decline, and migration patterns. One such collection is eBird, a website created by the Cornell Lab of Ornithology and the National Audubon Society. eBird harnesses the contributions of bird-watchers around the world to create interactive maps that display individual observations as data points. These data points are integrated into systems such as the Global Biodiversity Information Facility (GBIF), where they paint a rich picture of global environmental health that transcends individual, component snapshots of information.

Since eBird launched in 2002, it has captured millions of bird observations. Prior to the World Wide Web, however—and especially prior to the advent of bird-watching as a common recreational activity around 1900—the record is more spotty. This makes the existing historical data, such as William Brewster’s carefully recorded observations, all the more valuable.

Brewster saw the effects of urbanization and development on the Cambridge of his boyhood; more than the changed landscape, he lamented the loss of birds. In Birds of the Cambridge Region, he wrote of the Mt. Auburn area:
Knolls and ridges have been levelled, swamps and meadows drained or filled, and woods, groves, thickets and orchards swept away, to make place for settlements of houses…Most of the native birds have disappeared…So complete has been the transformation, that it is only by appealing to the imagination…that one can hope to reconstruct even the more prominent features of the landscape as it was twenty or thirty years ago.

In addition to the effects of development, Brewster witnessed the explosion of non-native House (English) Sparrows, the effects of 0ver-hunting, and the cost of human attitudes and ignorance. Brewster listed the Great Horned Owl as an “occasional or accidental” visitor to Cambridge and the Cooper’s Hawk as “expunged or doubtful”; at the time, people believed that these birds were a serious threat to domestic fowl, and they killed them at every opportunity. Wild Turkeys were totally extirpated from the region during Brewster’s lifetime.

Fresh Pond, one of Brewster’s favorite birding spots, is a case study in the harmful effects of human engineering. Before Fresh Pond was made a public park in 1884, hunters decimated the migratory duck populations that had once been abundant. The establishment of the park allowed the ducks to return, but at the cost of marsh birds: the vegetation at the water’s edge was cut down for a perimeter path, and some of the pond’s coves were filled in. With their habitat gone, several Rail species that Brewster commonly encountered around the pond disappeared. According to eBird, they’ve rarely been seen since. Even as the duck population rebounded, the city charged policemen with shooting their guns to scare them off, afraid that they would pollute the municipal water supply.

House Sparrows may be here to stay, but not all the damage has been permanent. Cambridge is working to restore Fresh Pond as a sanctuary for local wildlife. Cooper’s Hawks are now spotted regularly in the city. And Great Horned Owls and Wild Turkeys reside in Mt. Auburn Cemetery, where Brewster is buried. As we continue to make progress, the historical information provided by Brewster and others serves as a guide to conservation, filling in critical gaps in the stories of hundreds of bird species.

Making Brewster’s writings available on BHL is an important step, but the work doesn’t end there. In order for his journals and diaries to be truly useful, they need to be converted to searchable text files. Ordinarily, a computer would do this using Optical Character Recognition (OCR), but because the technology has trouble reading cursive handwriting, transcriptions must be typed out one page at a time. Thanks to a grant from the Institute for Museum and Library Services (IMLS), volunteers and project partners at the Ernst Mayr Library are doing just that. Read about BHL’s involvement in the Purposeful Gaming grant, and if you want to help, try your hand at transcribing Brewster’s diaries and journals. By making these writings accessible, we can reach into the past to find information that will help us plot a course for the future. 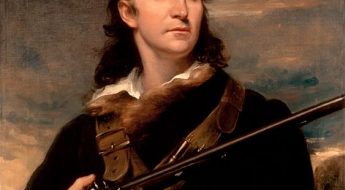