As an important work in the history of North American botany, The North American Sylva is featured in the National Museum of American History’s Cultivating America’s Gardens exhibit, co-curated by Smithsonian Libraries, Smithsonian Gardens, and the Archives of American Gardens. On display in the exhibit is an 1853 edition of the work, published by Robert P. Smith of Philadelphia. The Smithsonian Libraries has digitized this copy and made it freely available in the Biodiversity Heritage Library.

The Smithsonian Libraries’ copy is just one of many editions and printings of this title, which has a rather long and complicated history.

François-André Michaux was the son of André Michaux, also a famed botanist and explorer. In 1785, as the Royal Botanist to Louis XVI, André received a royal commission to travel to America to collect unique plants and identify useful tree species. François-André, then fifteen years old, accompanied his father, and together, the father-son team explored eastern North America, establishing two nursery gardens in New Jersey and South Carolina, and collected specimens, shipping plants and seeds back to France.

In 1789/90, François-André returned to France, and six years later, his father did the same. The duo then prepared André’s Histoire des chênes de l’Amérique (1801) on North American oaks. This work would later serve as the basis for The North American Sylva. François-André would return twice again to North America, in 1801-03 and again in 1806-08, where he continued to develop his passion for trees and forestry.

Eventually, François-André would channel this passion into the production of a magnificent work on the trees of eastern North America: Histoire des Arbres Forestiers de l’Amerique Septentrionale. While his father André would not live to see this publication, having died in 1802 during a scientific voyage bound for Australia, his influence on his son’s botanical career was profound.

Originally published in Paris in 1810 and consisting of 3 French volumes, Histoire des Arbres Forestiers de l’Amerique Septentrionale was later translated into English by Michaux. Colleagues at the American Philosophical Society helped arrange the publication of the first translated edition, which was printed by C. d’Hautel in Paris in 1817 under the title The North American Sylva and sold by Thomas Dobson of Philadelphia. The translation was expected to be published in six half-volumes, but later printings included a seventh half volume, six additional plates, and a revised English text by Augustus L. Hillhouse.

The work was beautifully illustrated with 156 copper plate engravings executed from drawings by Pierre-Joseph Redouté (one of the most-celebrated flower painters in the whole history of botanical art), Pancrace Bessa, Adèle Riché, and Henri-Joseph and Antoine-Ferdinand Redouté. Each treated species is accompanied by an illustration printed in color and finished by hand depicting the tree’s branch, leaves, flowers, and fruit.

In 1841, the first truly American edition of The North American Sylva was printed in New Harmony, Indiana by expert printer William Amphlett using the original engraved copper plates, which had been secured by philanthropist William Maclure during a trip to Paris with the intention of producing an American edition of Michaux’s work. The 1841 New Harmony edition was a reprint of an 1819 Paris edition which was the first to include Hillhouse’s revised English translation.

The New Harmony edition was also the first whose title page mentioned three supplemental volumes by Thomas Nuttall describing trees from the “Trans-Mississippi” region, the Rocky Mountains, and the western United States. Nuttall was an English naturalist who arrived in North America in 1808 and participated in a series of collecting trips throughout the United States under the auspices of some of America’s most pre-eminent botanists. This, together with the publication of his Genera of North American Plants in 1818, secured his reputation as America’s leading botanist.

Nuttall began work on a revised version of The North American Sylva in 1839. Over a seven-year period, he produced his three-volume supplement printed in Philadelphia, with volume one, parts one and two published by Judah Dobson in 1842 and 1843, volume two published by T. Ward in 1846, and volume three published by Smith and Wistar in 1849.

The volumes included 120 additional plates prepared and executed under Nuttall’s supervision by E.D. Long, G. Worley, G. West, J.T. French, and J.B. Butler based on drawings by several artists, including William Gambel. The original drawings are in the Archives of the Arnold Arboretum (Cambridge) at the Botany Libraries of Harvard University.

Following Maclure’s death, the original copper plates for The North American Sylva were acquired by Samuel George Morton of Philadelphia, after which another American edition was produced, augmented with notes by horticulturalist John Jay Smith, who served as editor of The Horticulturist from 1855 to 1860 and The American Gardener’s Calendar in 1857. The Smithsonian’s 1853 copy in BHL includes Smith’s notes.

More editions and printings followed, amounting to a total of more than a dozen known editions in multiple printings and formats. The long-running publication of the work is a testament to its impact and importance. Indeed, The North American Sylva served as a standard reference for North American woody plants throughout 19th century.

Thanks to the Smithsonian Libraries and many other BHL partners and contributors, you can freely explore several different editions and printings of The North American Sylva in the Biodiversity Heritage Library:

If you’re in the Washington, D.C. area and would like to see a copy of The North American Sylva in person, be sure to visit the Cultivating America’s Gardens exhibit, on display at the National Museum of American History through August 2018. 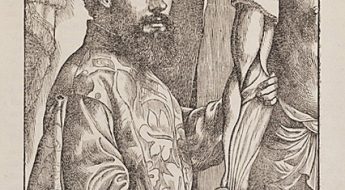 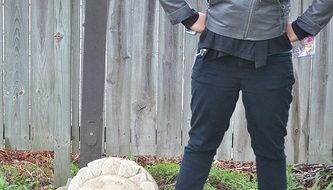