All posts tagged with national-library-board-singapore

Join Us on 16 April 2021 for Notes from Nature: The Biodiversity Heritage Collections 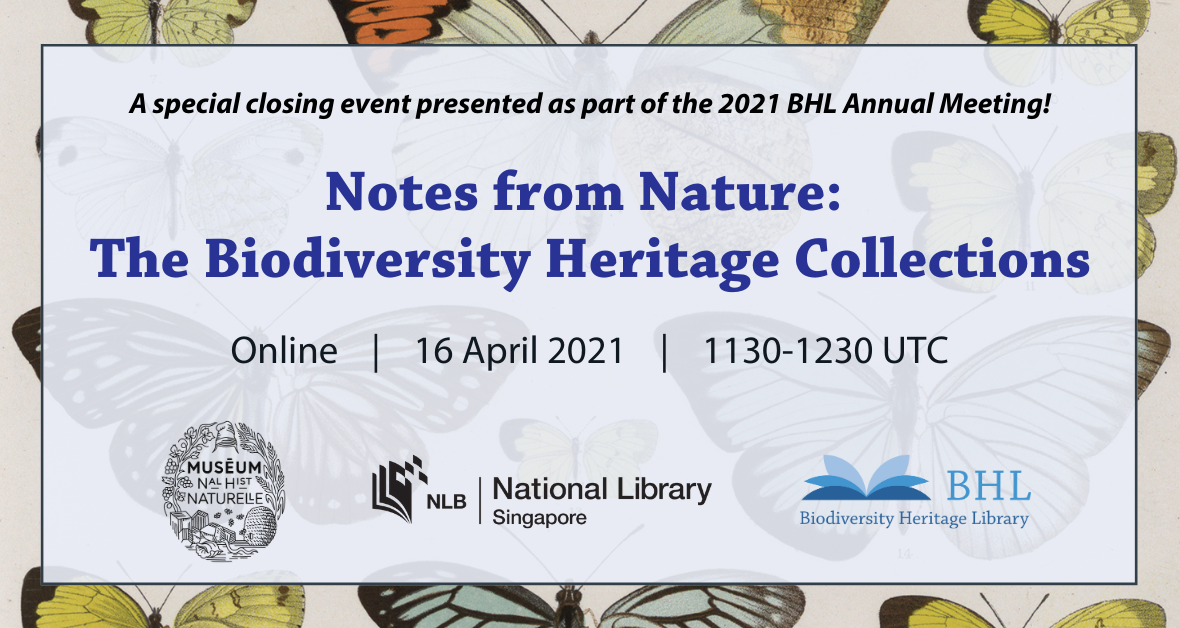 Join us for a special closing event presented as part of the 2021 BHL Annual Meeting!

Discover the natural world through a vast collection of biodiversity knowledge online. Find out how Singapore and France have worked together across boundaries to advance biodiversity literature, digitisation and public outreach efforts.

This discussion is organised by the National Library Singapore and Muséum national d’Histoire naturelle, France in partnership with the Biodiversity Heritage Library, the world’s largest open access online repository of biodiversity knowledge. 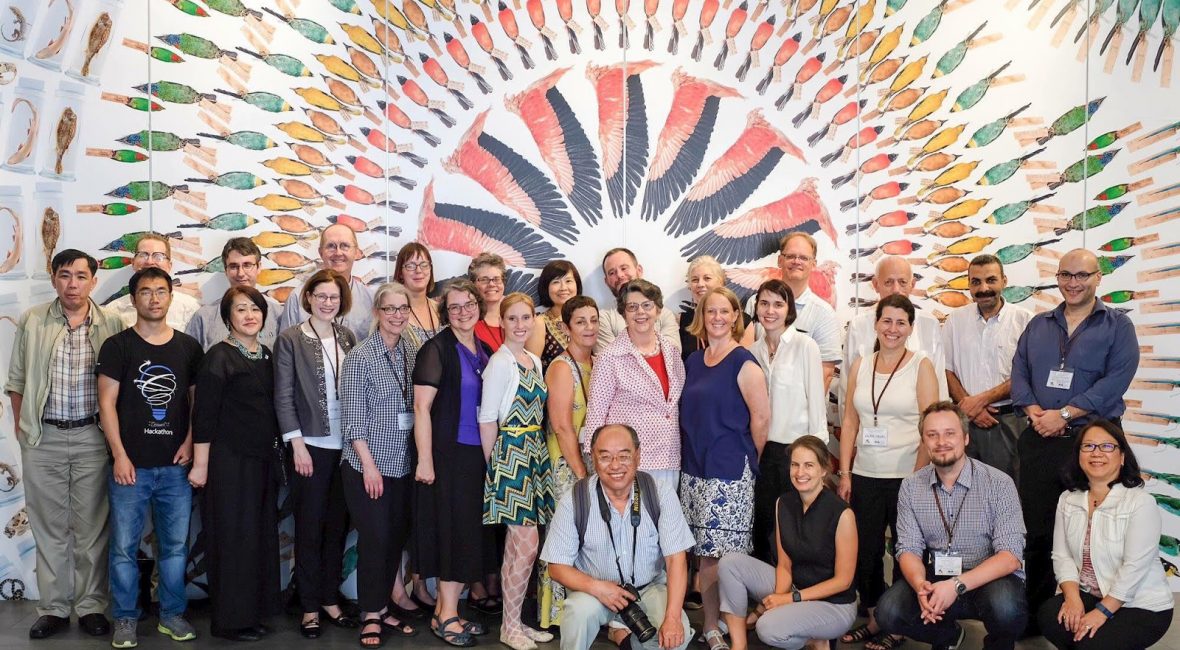 During 14-17 March 2017, the Biodiversity Heritage Library held its Annual Meetings in Singapore, hosted by the National Library Board. The meetings were attended by 24 BHL partner representatives from nine countries. 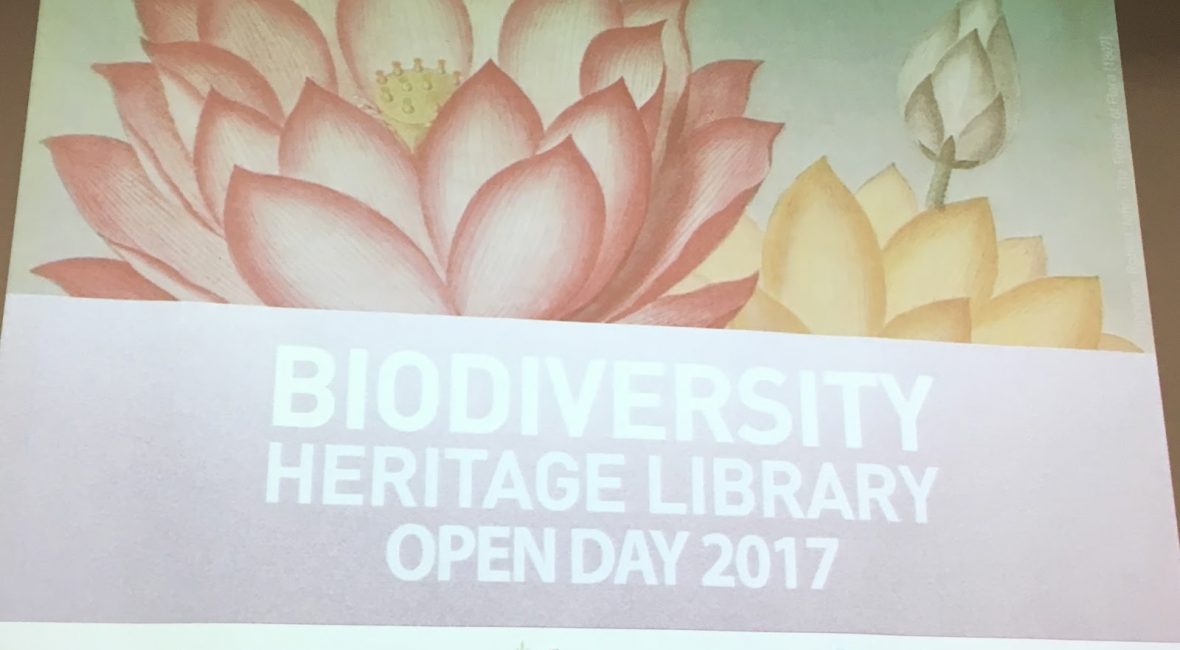 On 15 March 2017, the Singapore Botanic Gardens hosted a Biodiversity Heritage Library Open Day in conjunction with the BHL Annual Meeting, the latter of which occurred March 14-17 and was hosted by the National Library, Singapore. 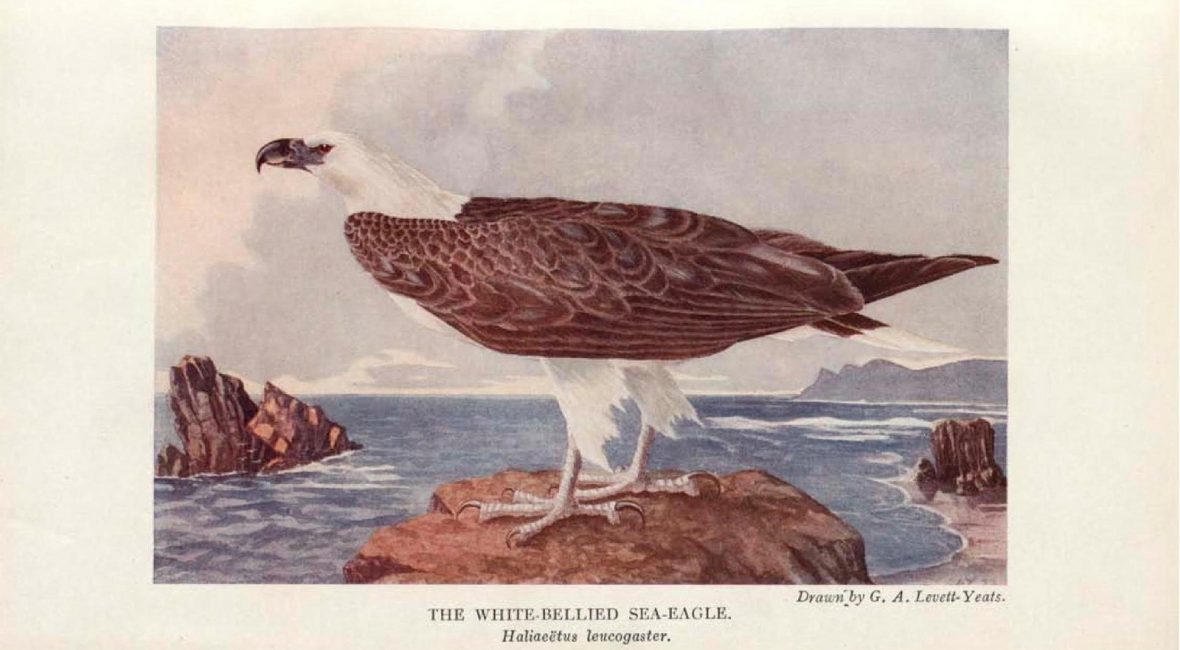 Despite its relatively small size and urbanized environment, Singapore has a rich avifauna which has attracted interest since the 19th century. However, it was only in 1927 that the first book on the birds of Singapore was printed – The Birds of Singapore Island, co-authored by John Alexander Strachey Bucknill and Frederick Nutter Chasen, and published by the Raffles Museum. Bucknill’s original collaborator for the book was Major John C. Moulton, a zoologist who was Director of the Raffles Museum and Library in Singapore from 1919 to 1923.
END_OF_DOCUMENT_TOKEN_TO_BE_REPLACED
February 23, 2017byOng Eng Chuan