All posts tagged with systematic 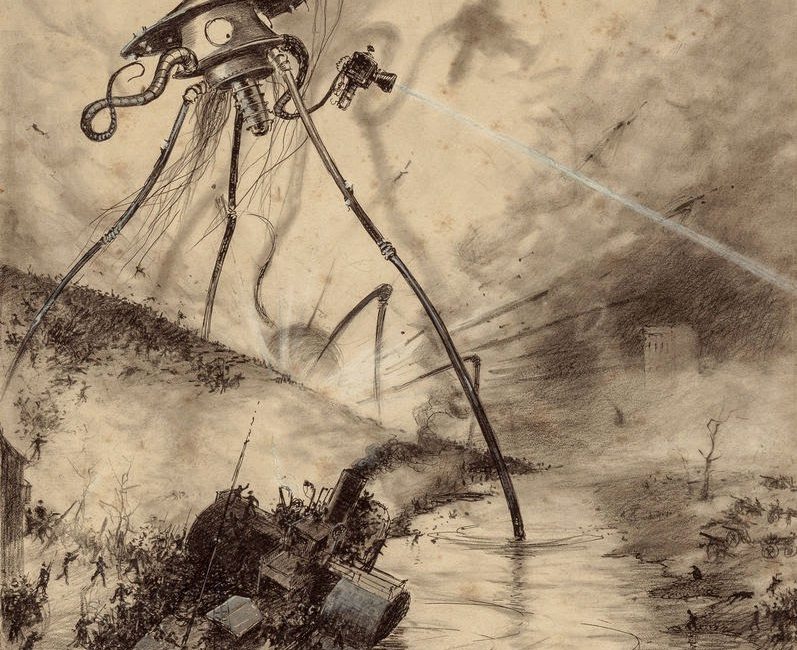 In 1897, a monumental work appeared in print for the first time. It was a story of invasion. It was a story of war. It was a story of Martians. The story, of course, was The War of the Worlds, by H.G. Wells, which first appeared in serialized form in the UK’s Pearson’s Magazine and the US’s Cosmopolitan magazine in 1897. It was later first published in book form by William Heinemann of London in 1898. Written between 1895-97, it is one of the earliest stories centered around conflict between humans and extraterrestrials. An extremely influential work, it has never been out of print. The 1906 Belgian edition of the book included drawings by Brazilian artist Henrique Alvim Corrêa.
END_OF_DOCUMENT_TOKEN_TO_BE_REPLACED
May 14, 2015byGrace Costantino