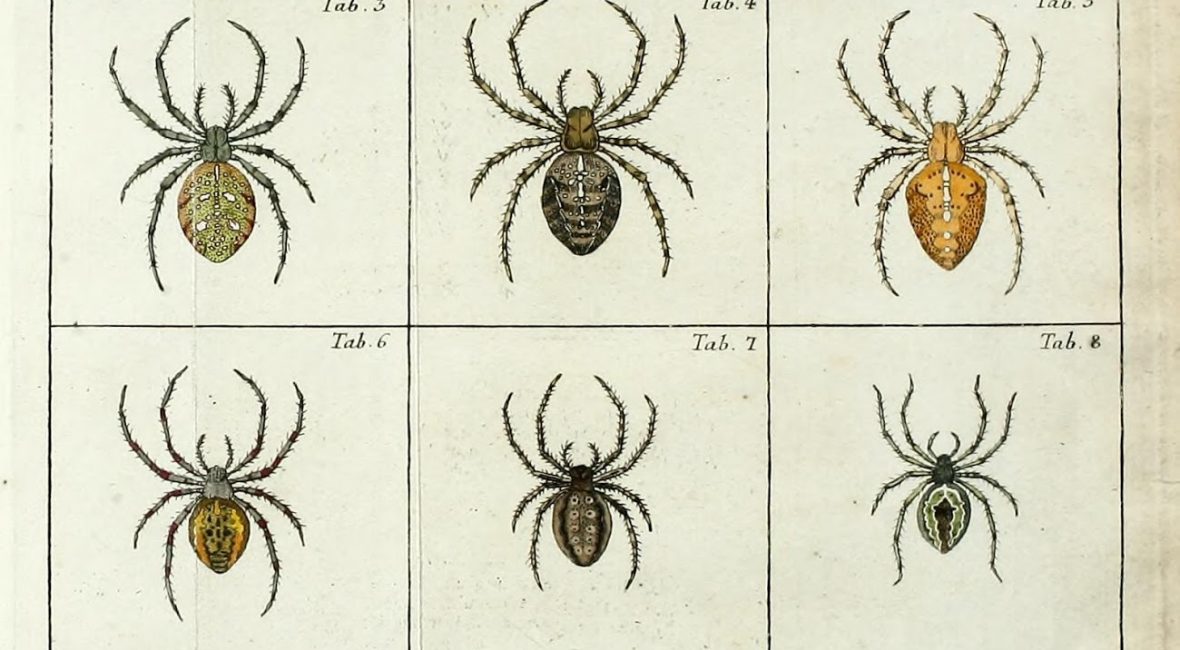 Arachnophobia (the fear of spiders and other arachnids) is one of the most prevalent phobias in the world, and some estimates suggest that over 30.5% of people in the United States alone have a fear of arachnids (Health Research Funding 2014). Given the pervasiveness of this phobia, we thought it only appropriate to spend some time on the subject of spiders as part of our Page Frights celebration. Being the science-focused organization that we are, we decided to look at the topic of arachnids from a taxonomic point of view. The founding text on spider nomenclature is Svenska Spindlar. It was published in 1757 by Carl Clerck, a member of the Swedish nobility.
END_OF_DOCUMENT_TOKEN_TO_BE_REPLACED
October 27, 2016byGrace Costantino