This is part of a series of monthly posts related to the IMLS-funded Expanding Access to Biodiversity Literature (EABL) grant. The project, which solicits new content through 2017, is aimed at enhancing BHL’s collection by digitizing valuable and unique material from natural-history related organizations in the U.S. that are outside the BHL consortium. Learn more, and find past blogs, at the EABL wiki.

The New York Zoological Society (NYZS) was chartered in 1895. Its founders were Andrew H. Green, planner of some of New York City’s most important cultural institutions; Henry Fairfield Osborn, professor and curator at the American Museum of Natural History; and Madison Grant, a lawyer and conservationist. The latter two were members of the Boone and Crockett Club, a group of hunters and conservationists founded by fellow New York naturalist Theodore Roosevelt. From the start, this influential coalition dedicated itself to the three “objects of the society,” outlined in the first Annual Report of 1897:

The first goal was realized in 1899 with the opening of the Bronx Zoo, originally called the New York Zoological Park. William Hornaday, the founder of the National Zoo, selected the site, chose curators and staff, and became its first director.

In 1902, New York City gave the NYZS control of the New York Aquarium, located at the time in Battery Park, Manhattan (and since 1957 in Coney Island, Brooklyn). By 1993, when the NYZS changed its name to the Wildlife Conservation Society (WCS), the city had handed over the reins of three other wildlife parks: the Central Park Zoo, the Queens Zoo, and the Prospect Park Zoo.

Just as it had wasted no time in opening a “free zoological park,” the NYZS set about accomplishing its second and third goals in short order. On the conservation front, Hornaday was particularly concerned about the state of America’s large mammals, decimated by unchecked hunting. He acquired seven American buffalo (bison) for the Bronx Zoo in 1899; these were used several years later to help reestablish western U.S. populations teetering on the brink of extinction.

Also in 1899, Hornaday hired William C. Beebe as curator of ornithology. Beebe traveled the world doing field research for the Zoo, but his interest was not confined to birds; in 1922 he founded a Department of Tropical Research, and in 1934—on behalf of that department—he descended in a bathysphere to observe the deep sea in the waters off Bermuda. Later on, he turned his attention to insects and reptiles. Much of his research is presented in Zoologica, the scientific journal that NYZS published from 1907 to 1973.

In 1940, Henry Fairfield Osborn Jr, son of the NYZS founding member of the same name, was appointed director. Over the next 22 years, he worked to expand the conservation work of the NYZS, establishing programs in Africa and Southeast Asia. William Conway, who took over as director of the zoo in 1962 and president of the NYZS in 1992, used the zoo to breed endangered species. Today, as the Wildlife Conservation Society, the organization is at work in hundreds of conservation programs around the world and continues to attract visitors to its wildlife parks in New York City.

BHL and the EABL team are grateful to the WCS for granting permission to digitize the complete run of Zoologica, a journal of tremendous scientific importance. Zoologica has been digitized by Smithsonian Libraries and the Ernst Mayr Library of the Museum of Comparative Zoology at Harvard University. It is now indexed by article and, together with the other NYZS publications in BHL, chronicles the history and research of one of the world’s most important conservation organizations. 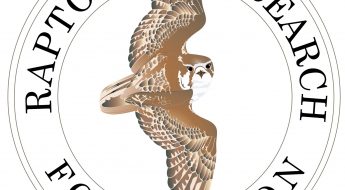 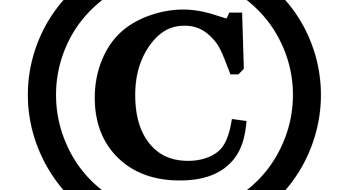 In case you missed it: New in-copyright titles added over the summer