All posts tagged with mary-anning 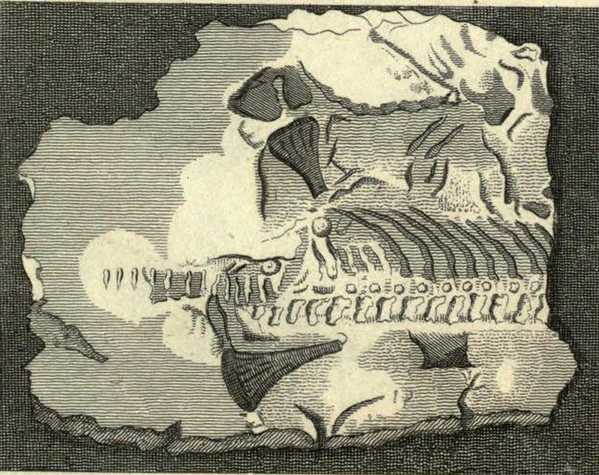 Most people today are at least somewhat familiar with the order of extinct marine reptiles known as Plesiosauria, thanks to the legend of the Loch Ness monster, which is often described as resembling a plesiosaur. Indeed, some argue that Nessie may in fact be a surviving member of this order. Scientists, however, reject this suggestion, if for no other reason that the Loch Ness lake formed a mere 10,000 years ago, while the fossil record indicates that plesiosaurs went extinct over 66 million years ago. And yet, even if plesiosaurs can’t account for the Loch Ness legend, the story of their discovery is still captivating. Plesiosaurs are among the first extinct fossil reptiles to be recognized as such.
END_OF_DOCUMENT_TOKEN_TO_BE_REPLACED
October 14, 2015byGrace Costantino
Share on FacebookShare on TwitterShare on PinterestShare on Google+Share on StumbleUpon