In previous posts we have discussed the issues surrounding the identification of articles contained within BHL scanned books and the new interface we’ve developed that let’s users build their own PDFs for download. In that interface(demo for The Journal of agricultural science, v.7) we ask users who are building a PDF of an article to contribute the article title, author(s), and subjects/tags and we’ll store that information alongside the generated PDF and make it available for other users to search and download.

As this was our first attempt at crowdsourcing, we didn’t know what kind of data quality to expect. We have been monitoring the data submitted since releasing the functionality in January, and formed the criteria for a more formal analysis. After reviewing the metadata for a sample of 50 PDFs out of a total of 802 generated between January 15, 2009 and the end of March the following trends were revealed:

Metadata Accuracy Stats
Accuracy was measured on a scale of low to high for title, author, and subject

Subjects
Subjects were more difficult to analyze as compared with titles and authors above. For the most part, I was satisfied with only 6 instances of subject attribution, i.e. appropriate subject and geographic keywords. Many users simply neglected subjects or used the original title for the subject. Either way, I think it important that subjects are required metadata in order to trace associations between articles in the repository. This is, of course, coming from a librarian’s perspective. 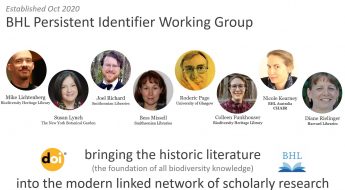 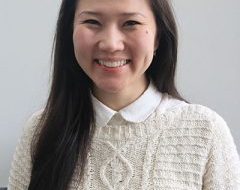 Reflecting back on my incredible summer at Smithsonian Libraries