We are pleased to announce the release of two new BHL online exhibitions: Early Women in Science and Latino Natural History.

Earlier this year, the Smithsonian Women’s Committee awarded a one-year grant to Smithsonian Libraries (SIL) to build online exhibitions to showcase the scientific and historical contributions of Women and Latino naturalists and illustrators. The project, entitled Notable Women and Latinos in Natural History, draws from content in BHL and uses the Biodiversity Library Exhibition (BLE) platform developed by BHL Europe.

The exhibitions include factoids, highlights, stories, illustrations and publications from some of natural history’s most remarkable women and Latino naturalists. Some of the featured individuals, such as Maria Sibylla Merian and Louis A. Fuertes, are internationally celebrated. Others, though perhaps less famous, are equally important contributors to the world of science.

Below we present a few highlights about the men and women featured in the exhibits, extracted from the fascinating content written and curated by exhibition creators Adriana Marroquin (Latino Natural History) and Laurel Byrnes (Early Women in Science). Stay tuned for future posts from Adriana and Laurel showcasing some of their favorite stories and content (akin to Adriana’s earlier post on the extraordinary naturalist and illustrator Louis A. Fuertes). Follow us on Twitter and Facebook for more exciting tidbits, and be sure to check out the exhibitions today!

Explore more fascinating facts about women and Latino naturalists in our exhibitions! 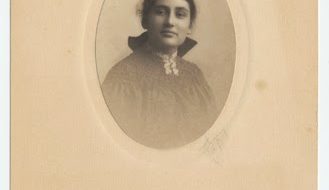 « Previous post
Early Women In Science: Trekking Through Nature, Trailblazing Their Way Through History
Next post »
The Stories Seeds Tell