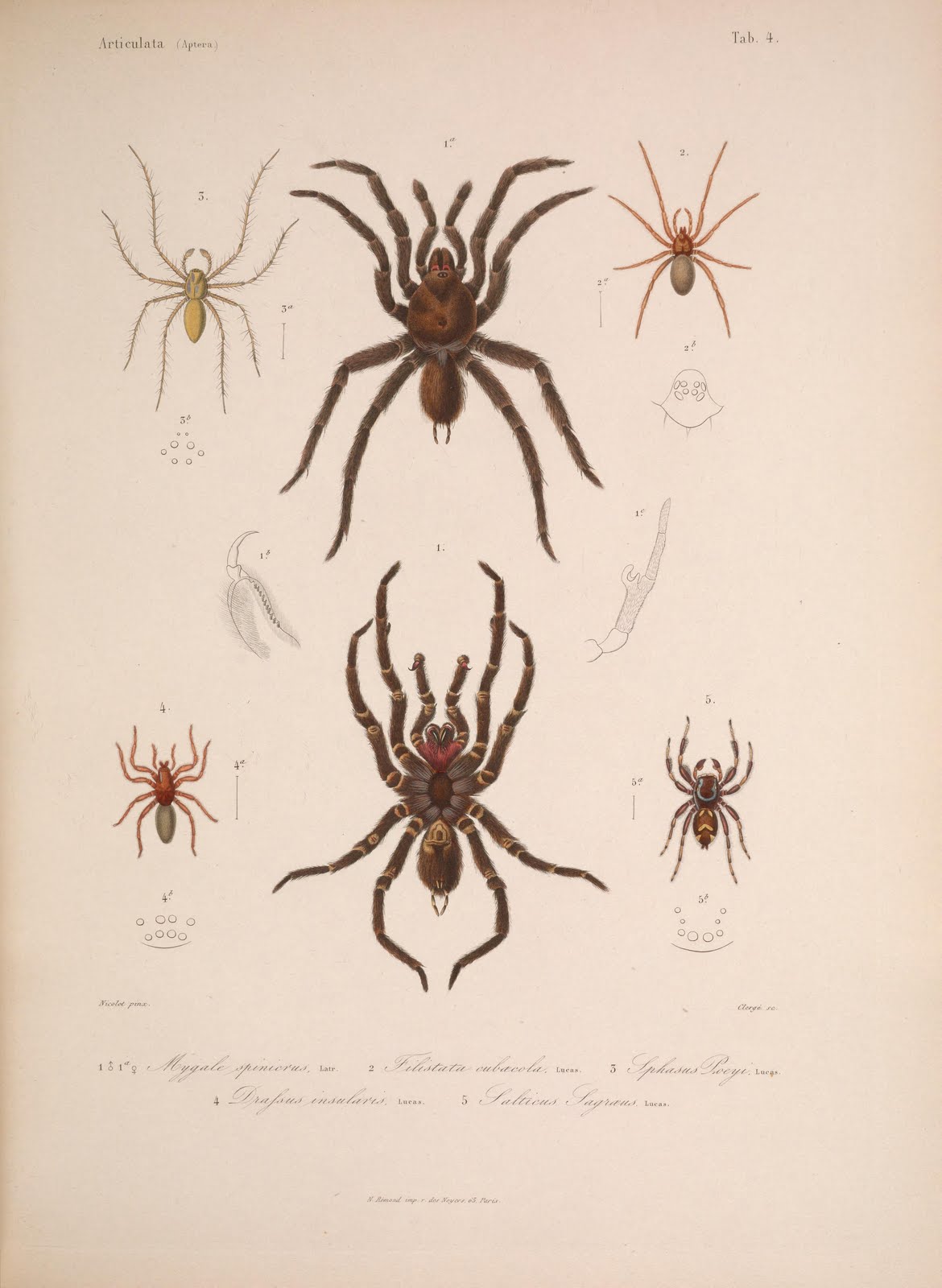 Earlier this week, one of our followers on Twitter, @BibliOdyssey, posted a blog post entitled “Cuban Critters” about the BHL book Histoire Physique, Politique et Naturelle de l’ile de Cuba (1838-57), by Ramón de la Sagra. The post highlights some of the incredible illustrations found within this work. We particularly like the plates on scorpions and spiders, as we had been searching for some colorful images of these creatures in our collection. This being the case, we thought it highly appropriate to highlight this book as our book of the week.

Ramón de la Sagra had a very interesting, somewhat tumultuous, and highly politically-driven life. Born in 1798 in A Coruña, a province of Spain, he was labeled as an anarchist, politician, writer and botanist. His early life, which involved studying physics, anatomy, medicine, mathematics, and pharmaceuticals, was marked by repeated threats from the Inquisition for his liberal views, which ultimately resulted in his migration to Cuba in 1821 as an assistant to Agustìn Rodriguez, where he was eventually appointed to the position of Professor of Natural History of Cuba. In 1835, Sagra returned to Europe, settling in Paris.
Although Sagra represented the liberal party as an elected member of the Spanish parliament four times (1838, 1840, 1845 and 1854), he was expelled from both France and Spain (in 1849 and 1856, respectively) for voicing socialist and radical ideas. Despite these difficulties, his accomplishments included helping to create the Peoples’ Bank of France and founding the world’s first anarchist paper, El Porvenir, which was later closed by Ramón María Narváez, Duke of Galicia. He ultimately died in 1871 in Switzerland at the age of seventy-three. 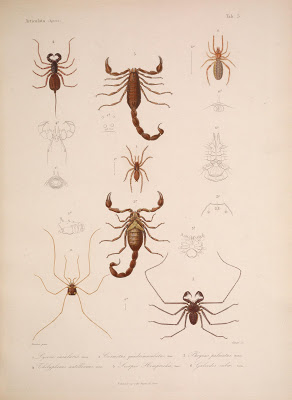 While doing research for this post, we found that there is an original, Spanish version of this work, in addition to the French version mentioned earlier. Interestingly, the first edition, Spanish version came up for auction at Christie’s in 1999 at an estimated £30,000 – £40,000. The copy at auction is considered “the only complete copy of the original Spanish edition to have appeared at auction in recent years,” and the Spanish edition itself, according to Jorge Aguayo, who wrote a definitive study on the work in 1946, represents “the most complete and important work of its kind, and…the Spanish edition is now one of the most difficult works to find in perfect condition.” Indeed, Aguayo went on to say that “La Sagra’s Historia may be considered the most valuable possession for any collection specialising in Cuba and the Caribbean.”
Apparently, the work itself, at least the Spanish version of it, was almost equally as rare when it was first published! In the words of Sagra himself, who “complained of the difficulties he encountered in supplying complete copies from the 190 parts issued over a period of twenty
years,”
“The copies that the [Cuban] government generously procured in order to protect them were, for the most part, incompletely distributed. Those who had taken subscriptions in the Island grew weary of waiting for the end of such a protracted, slow, and irregular process of publication. And of the copies I had reserved for myself, only very few could be completed, since a lot were lost in the warehouses of the editors during the long years that were required to finish the publication.”
After further investigation, we found that we do indeed have a Spanish version of this work in BHL! We find this pretty impressive considering how rare the work is!
So, in conclusion, for our book of the week, we’re featuring not just one version, but two versions of the same title by Ramón de la Sagra, Histoire Physique, Politique et Naturelle de l’ile de Cuba or Historia fisica, politica y natural de la isla de Cuba. You can take a look at v. 7 (text) of the French version, plates 1-20 of the insects, and all 13 volumes of the Spanish version. Considering the importance of this work when it comes to the biodiversity of Cuba, we think it’s quite worthy of a few minutes (or hours!) of leisurely investigation!
book of the week, Caribbean, Cuba, images, insects, Spain
July 21, 2011
Share This Post 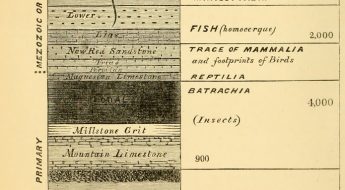