Sea hares of the genus Aplysia are a type of opisthobranch mollusc represented world-wide by some 35 species. They are herbivores, eating various types of seaweeds and some seagrasses (See figure 2). They have voracious appetites, grow quickly, and have life spans ranging from 1-1.5 years depending on the species and the time of year of hatching and settlement of the larvae. Most species range from thumb to hand size, but some grow much bigger. The largest species Aplysia vaccaria lives in southern California and ranks as one of the largest gastropods in the world. It is unique in reaching bucket-sized proportions, with lengths commonly attaining 0.75m (30in) and live masses exceeding 15kg (33lb). The one featured in the photograph is about 60cm in length (See figure 3).

Sea hares mostly inhabit tropical/subtropical regions, with a handful being circum-tropic. In North America there are about 6 species, with two, Aplysia californica and A. vaccaria, being indigenous to southern California (See figure 4). Sea hares spend most of their time feeding, defecating, copulating, and resting…not a bad life!

Sea hares have been known in writings for 2000 years, from Pliny’s imaginative observations in the first century AD that credited this novel “fish” with a variety of noxious and other abhorrent characteristics, to the fanciful description by the Swedish ecclesiastic Olaus Magnus in the 16th Century.  This author comments on the venomous features of Lepus marinus formidiabilis (“formidable marine hare”) and concludes:

“This hare doth cause terror in the sea; on land he is as the poor little hare, fearful and a-trembling.”

The name “sea hare” is derived from Pliny’s original designation Lepus marinus, so named because of its hunched posture when resting and its prominent sensory appendages, or rhinophores, on its head (See figure 5). The name Aplysia appears in the 1767 edition of Linnaeus’ Systema Naturae.  The meaning of the word aplysia is not perfectly clear, but in Greek it translates as “dirty sponge, unwashed.”

In view of their large sizes, shallow-water habitats, interesting attributes, and long history with humans, it’s surprising that their general biology and ecology are not better studied.  In fact, most current research is neurobiological, with focus on the neuronal bases of learning and behaviour.  Aplysia’s value in these respects is in its neatly ordered, comparatively simple nervous system that contains cells large enough to be easily penetrated with microelectrodes.  A few relatively simple behaviours such as siphon- and gill-withdrawal reflexes, escape locomotion, and feeding, coupled with an accessible nervous system, has led to several fundamentally important discoveries on the neural integration of learning and behaviour.  Such research has required so many specimens that an entire culture facility was created at the University of Miami (NIH National Resource for Aplysia) to supply sufficient stock.  In fact, the original culture of A. californica from egg to adult by scientists at the New York School of Medicine in 1977 represented a break-through research discovery, as it was one of the earliest species possessing a long-lived plankton-feeding larva to be cultured.

Sea hares are functional hermaphrodites, that is, with both sexes operating simultaneously within an individual.  Copulation involves one individual approaching another, mounting from behind, gripping tightly with the front of its foot, and donating (but not receiving) sperm. During copulation the head of the sperm-donating individual is buried within the fleshy mantle folds of the sperm-receiving one.  This orientation permits other individuals to be involved, and long chains may be formed (See figure 6), with all but the first and last individuals both receiving and donating sperm.  Note in the photograph that the front individual is free to feed.  The whole chain may amble slowly along the sea bottom for hours or even days, with individuals dropping in and out of formation.  Should the sea hare in front come upon the one at the end, the “daisy chain” may become a “daisy circle”.

Some species form large seasonal reproductive aggregations and their spawn, in the form of tangled masses of egg-bearing threads, becomes heaped up on rocks and seaweeds on the sea bottom.  Pigments from seaweed foods are incorporated into the spawn, coloring each uniquely and creating the means for some chemical-detective work (See figure 7). After becoming familiar with what colour matches what algal food, egg strings as shown in the photograph can be identified as to the seaweed species eaten within the last 3-4 days before laying.

Also incorporated from the seaweed foods are defensive chemicals of a huge variety, including mycosporine-like amino acids for UV protection, phycoerythrin pigments transformed into purple ink-secretions for warding off predators, and a myriad of other chemicals sequestered in the skin and digestive gland to make consumption of a sea-hare’s body a potentially sickening or even deadly experience (See figure 8). In addition to release of purple inks by most Aplysia species, some have white ink, and all have a white opaline-gland secretion.  At least half a hundred chemical compounds have been isolated from different species of Aplysia, mostly types of diterpenes, all derived from red-algal foods.  If a sea hare that normally eats red algae is fed for a time on green or brown algae, it becomes facultatively de-inked.  Regular production of purple ink is restored if the diet is changed back to red algae.  If you click here you can see 3 video clips made by researchers at Georgia State University, Atlanta, showing a spiny lobster attacking A. californica and getting a face-full of purple ink.  The ink is certainly aversive to different types of potential predators although other functions, such as creating a camouflaging “smoke”-screen, have been proposed for it.

About half a dozen species can swim, the actual number depending on the extent of taxonomic separation of the species.  For example, Aplysia fasciata in the Mediterranean and A. brasiliana in the Gulf of Mexico are both capable swimmers, but may be closely related.  In North America there are only 2 swimming species, the less common A. moria, and the more common A. brasiliana. The latter is found throughout the Gulf States and along the south-eastern seaboard of the U.S.

Swimming involves the rhythmical flapping of large, fleshy projections or parapodia on either side of the body.  The actual mechanism of swimming has been debated in the scientific literature for over 80 years, but probably generally discussed for millennia, given the curiosity of humankind from fisher-folk to author/philosophers like Pliny, who would naturally have wondered what the heck that was that that just swam by.  First, check out these 2 videos, one of A. pulmonica gently swimming on the side of an aquarium tank in Honolulu, and one of A. brasiliana swimming vigorously in a large, open tank in the Marine Science Institute of the University of Texas at Port Aransas.

Now consider what mode of swimming is being used.  Here’s a clue: humans and fishes swim by sculling, that is, displacement of water by arms, legs, pectoral fins, and tails, but other mechanisms are used by other animals.  Possible answers will be discussed later.  Most swimming by sea hares is done at or close to the sea surface and at least one species, A. brasiliana, regularly bobs its head out of the water.

What is the function of swimming?  One stimulus that will stop a swimming A. brasiliana in its “tracks” is a floating tuft of seaweed, and a sea hare deprived of food overnight will swim 12 times longer than one that has been fed.  In comparison, contact of one swimming A. brasiliana with another does not stop or, for that matter, even slow down either individual’s swimming.  Food-finding, then, may be a primary function, but seemingly not mate-finding.  If the tail of a sea hare is pinched to mimic predatory attack, it swims significantly longer than one not pinched.  So, even though sea hares have relatively few predators, escape from aversive stimuli may be another possible function.  Another possibility, long-distance migration, has been proposed by some researchers but is less likely for reasons not worth discussing here.

Now, back to our quiz on propulsive means: as you watched the videos did you think of jet propulsion from water being funneled along the curving parapodia and squirted out the back?  This idea was proposed in the 1930s for a Mediterranean sea-hare species, and is the way that octopuses, squids, and scallops swim.  Alternatively, what about hydrodynamic lift, as is thought to explain the smooth swimming of penguins and the lift generated by swimbladder-less sharks?  This idea for sea hares originated from observations and analyses of parapodial movements of A. brasiliana by researchers at the Marine Biomedical Institute in Galveston, Texas.  Their results suggest that the leading edge of each parapodium is airfoil-shaped and lift is generated during each cyclical stroke. Now check out the comparatively stubby parapodia of Aplysia gigantea, photographed swimming at Rottnest Island, Australia (See figure 9). This species swims with a more jerky motion and is not known for long-duration swims.  Could sculling be involved here?  Finally, is it possible that the modes used are species-specific?  Have hybrid modes perhaps evolved?  Or, does the mechanism involve something else entirely?

One guesses that there is much left to find out about these formidable and terrible creatures, not just about their swimming, but also about other aspects of their biology and ecology.

I am retired from a 35-year teaching and research position in marine biology at the University of British Columbia, Canada.  My research specialties have included, among other things, the study of sea hares, and I have sought them out in many areas of the world.  I am well versed on invertebrate marine life, most notably on the Pacific west coast, but also throughout the Caribbean, Indo-Pacific, and other tropical areas.  I have written 2 books on marine ecology, authored 90 research papers, and have recently produced a large educational website on west-coast marine invertebrates called A SNAIL’S ODYSSEY. Vancouver, British Columbia.

In order to share the wonders of the underwater world, I took up photography a few years ago and have traveled to seven continents, sometimes diving in below-freezing waters, such as in Antarctica, in search of marine animals, especially opisthobranchs. My images are on permanent display at Chapman University, Orange California, and have been exhibited at various venues such as the Branford House, University of Connecticut and Scripps Institution of Oceanography, and have been published widely in periodicals and online. Visit my website at www.diverkevin.com. Fullerton, California. 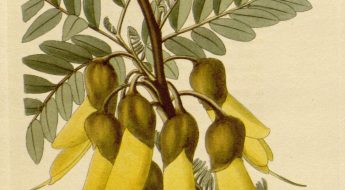