Book of the Week: Adventures on the North Sea

The North Sea—at least according to Walter Wood—was awash in blood and fish. Thus, the title of this week’s Book of the Week “North Sea fishers and fighters,” equates men drawn to the sea for the allure of earning a living and trawling to those drawn to battle for the allure of adventure and bloodshed.

Like a modern-day documenter of “The Deadliest Catch,”Wood himself was drawn to recreating the adventure of deep sea fishing during the turn of the century, writingseveralbookswith a central metaphor of fisherman as warriors. By Wood’s account, the sheer number of fish drawn in by those who braved the stormy waters of the North Sea warranted the combative analogy:

War to-day is waged as fiercely on the North Sea as it ever was when Jutlanders and Vikings came to England. But it is another sort of fight, a battle with unnumbered hosts that dwell in gloomy waters and are seldom seen till they are conquered.

To capture the lives of the fishermen, Wood embedded himself on the boats, getting first-hand accounts of the dangers faced on a daily basis. Often the men would first have to battle the weather before they got to their ultimate adversaries—the fish. Packed into cramped spaces below deck, they had little refuge from their duties above board. The fishermen hoped for good luck while at sea but it was difficult to avoid injury. In the year witnessed by Wood, more than 15,000 patients were medically or surgically treated for everything from minor burns to broken limbs to severe head trauma, and available treatment was far from topnotch.

I heard a North Sea skipper tell how […] he severely injured his arm. For sixteen weeks he remained at sea, with no opportunity of getting the wound treated, except in the roughest fashion; there was not time when he came ashore to cure it, and he had to go back to the fleet, a helpless youngster, and let chance do the healing. This is merely one—and not a lurid—instance of the neglect and suffering […] when a mixture of turpentine and treacle was reckoned an efficient medicine.

To Wood, despite the danger, there was something that drew men to sea, and “North Sea fishers and fighters” primarily focuses on the opportunity for fishermen to test their mettle far from shore. Though, not least of these motivations are the treasures contained within the water’s depths. Wood recounts the riches fishermen braved treacherous conditions to capture—the copious amounts of fish just below the surface of the raging water.

If the North Sea waters were translucent, what a wondrous sight would be presented to the voyagers upon its surface! Countless myriads of fishes find existence […] an almost solid moving dark or silver mass. […] Rich hauls of gold have been taken by sinking shafts; but hauls of silver fish, as precious, have been made from the prolific waters of the Bank […] a region which, in its way, has been as profitable as some of the goldfields of Australia.

Wood was not a naturalist by any means, preferring instead to capture the inner workings of the fishing vessel. But the fish are what drove the men to battle, and Wood couldn’t help but be captivated by the crowded masses, shown here in his depiction of the sheer tonnage hauled in by each ship: “It was not uncommon for 3 tons of fish to be caught at a time, […] I have seen one of the old beam-trawls so crammed with haddock that it could not be hauled; as a matter of fact, the net burst and the dead haddock were as thick on the surface of the water as an icefloe (sic).”
This freight would be a huge payload for the North Sea fisheries and crew. “During 1910 there were landed 141,246 tons of fish, of the value of £1,300,000.” The varieties of fish brought to port on an average day would contain soles, haddock, plaice, whiting, and—with any luck—turbot, brill, and cod.
“Brilliant” and “abundant” is how Wood characterized the supply of fish he witnessed during his travels. To this day, fishing in the North Sea remains a significant industry, but the fishing practices known by Wood are no longer sustainable. Over-fishinghas become a concern in many areas, including the North Sea, as mature fishes are fewer and annual catches continue to decline. It is unlikely Wood could recognize the regulation required of modern fishermen as they incorporate preservation into their industry, though he would definitely still detect a certain allure of adventure—and especially danger—in today’s fishers and fighters of the North Sea.
References:
book of the week, brill, cod, fishermen, haddock, North Sea, over-fishing, plaice, soles, turbot, whiting
August 8, 2013
Share This Post 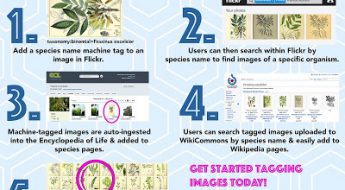