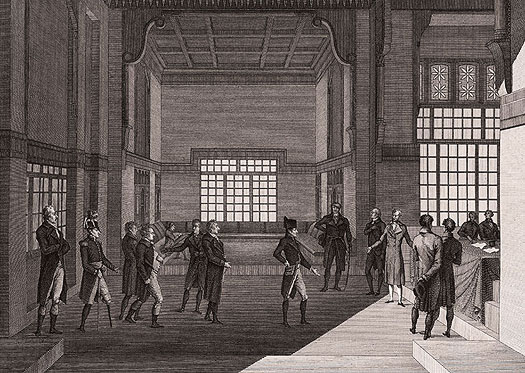 Where were they going? That is what the majority of the 44,000 soldiers and sailors on 400 French ships must have been thinking up until they landed near Alexandria on July 2, 1798. They had just annexed Malta and had recently invaded Italy and set out immediately for their next conquest…Egypt. The extra hush-hush invasion of Egypt had begun and Napoleon could not have been more excited. He fashioned himself the next Alexander the Great and invading Egypt would be following right in his footsteps. The invasion had many political and economic reasons for taking place such as protecting French trade interests and attempting to get the upper hand on Britain who were also interested in establishing colonies across Africa. The invasion was doomed to fail from the beginning as the population resisted the French and the British sunk the French ships effectively stranding them. Sickness and disease also ravaged the French troops. Napoleon himself went back to France within a year, trying to take advantage of a political opening for him to enact a coup.  In 1801, after an unsteady three years, the French were defeated by the Ottomans and British and the French were forced to head back home in defeat.

While the defeat was costly and embarrassing to the French, it did provide another positive aspect that has been celebrated even since. As part of the invasion, Napoleon and the French government commissioned a group of scientists from diverse scientific fields of study to accompany the soldiers. Whether it was due to the idea of Enlightenment or simply propaganda, more than 150 engineers, astronomers, physicists, chemists, doctors, botanists, naturalists, and artists made the arduous journey to Egypt, even though most of them had no idea where they were going! These French savants, more comfortable in a laboratory or classroom, dropped everything for a chance to be part of an historic journey promising a scholarly cornucopia (they hoped) and maybe a little adventure. Most had no interest in the invasion or the colonization of Egypt. Theirs was a mission of science.

Their mission wasn’t easy. The French troops didn’t want them there.  A ship carrying their scientific equipment ran aground and sank. Many became sick and some even died. However, they withstood the hardships, founded the Institut d’Egypte with the idea to disseminate the values of Enlightenment in Egypt, and in doing so produced a masterpiece of scholarship… the Description de l’Egypte.

Description de l’Égypte, ou, Recueil des observations et des recherches qui ont été faites en Égypte pendant l’expédition de l’armée françaisewas the result of the herculean efforts made by the savants. They compiled an impressive amount of data and specimens from all facets of Egyptian life and its environment covering the areas of natural history, archaeology, chemistry, geography, and medicine just to name a few.

When the French army left Egypt in defeat, the collections of specimens and materials the savants had collected were almost lost due to the terms of surrender to England. Fortunately, the French zoologist, Étienne Geoffroy Saint-Hilaire, was actually able to persuade the British that only the savants alone could read and interpret all their notes, records and other materials. Luckily, a large amount of the scientific material was allowed to go to France although other specimens, such as the all-important Rosetta Stone ended up in the British Museum where it is still on display today.

The savants returned to France in 1801 and immediately organized their materials to meet an edict of Napoleon’s ordering the publication of all the material. Finally, in 1809, the first volumes were published and new volumes were continually published through 1828 equaling at least 20 folios (depending on the edition). The set includes over 800 plates and thousands of illustrations. The atlases are large and beautifully engraved. We are featuring some of the plates from these atlases dealing with the natural history of Egypt here.

This beautiful collection was an enormous success, even with a hefty price tag, exposing Europeans to the largely unknown land and history of Egypt. So, while France’s Egyptian campaign was an utter failure, the publication of the Descriptionwas an academic success and led to the birth of the field of Egyptology in Europe.

BHL also has other works dealing with natural history by some of the savants that were part of the creation of the Description de l’Egypte. 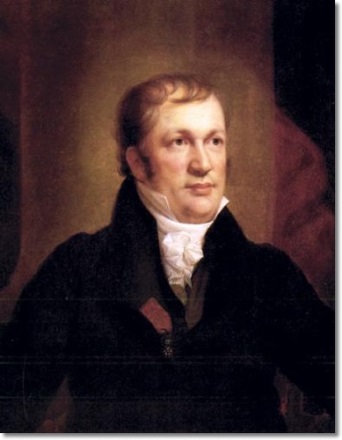 Étienne Geoffroy Saint-Hilaire was a French naturalist who studied the animals and fish of Egypt. He was a senior director for the Egyptian scientific campaign. He was precise with his observations and attention to detail. He wasn’t an illustrator but provided multiple specimens to be illustrated later by artists like Henri-Joseph Redouté. Geoffroy was one of the savants responsible for convincing the English that the French scientists should retain many of the records and specimens collected by him and his colleagues. He became best known for his theory on the “unity of composition” and earned many awards and honors throughout his life for his work. 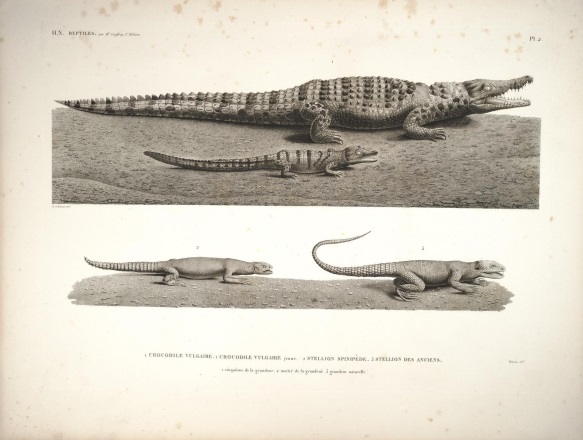 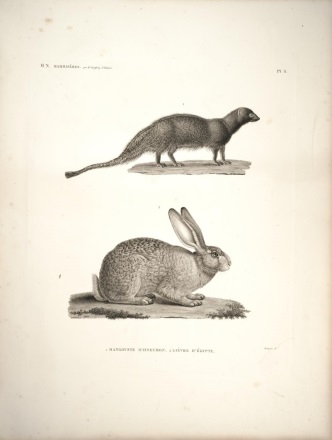 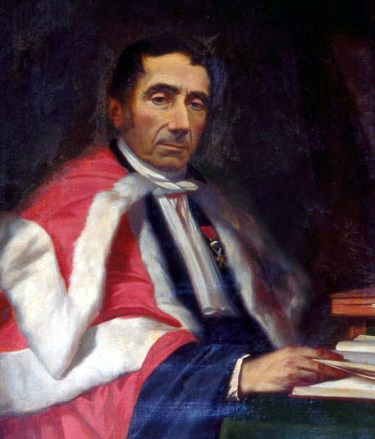 Alire Raffeneau Delile was a physician and French botanist. He collected and described numerous types of algae, as well as papyrus (Cyperus papyrus) and the sacred lotus (Nymphaea lotus). He was also one of the scientists whosuccessfully convinced the British to let him keep the plant specimens that the French had collected in Egypt. He later moved to the United States as French vice consul and as a physician. He later returned to France becoming director of the botanic garden in Montpellier. 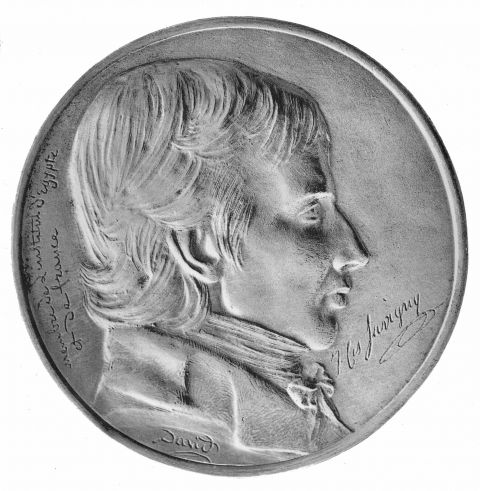 Marie Jules César Lelorgne de Savigny was a French zoologist who was responsible for studying the invertebrates encountered in Egypt while Geoffroy studied the vertebrates. Savigny also contributed all of the ornithology sections and supplemented other sections on vertebrates for the Description de l’Egypte. Georges Cuvier himself suggested to Napoleon that Savigny take part in the campaign. Even while suffering deteriorating eyesight, he completed Mémoires sur les animaux sans vertèbre. 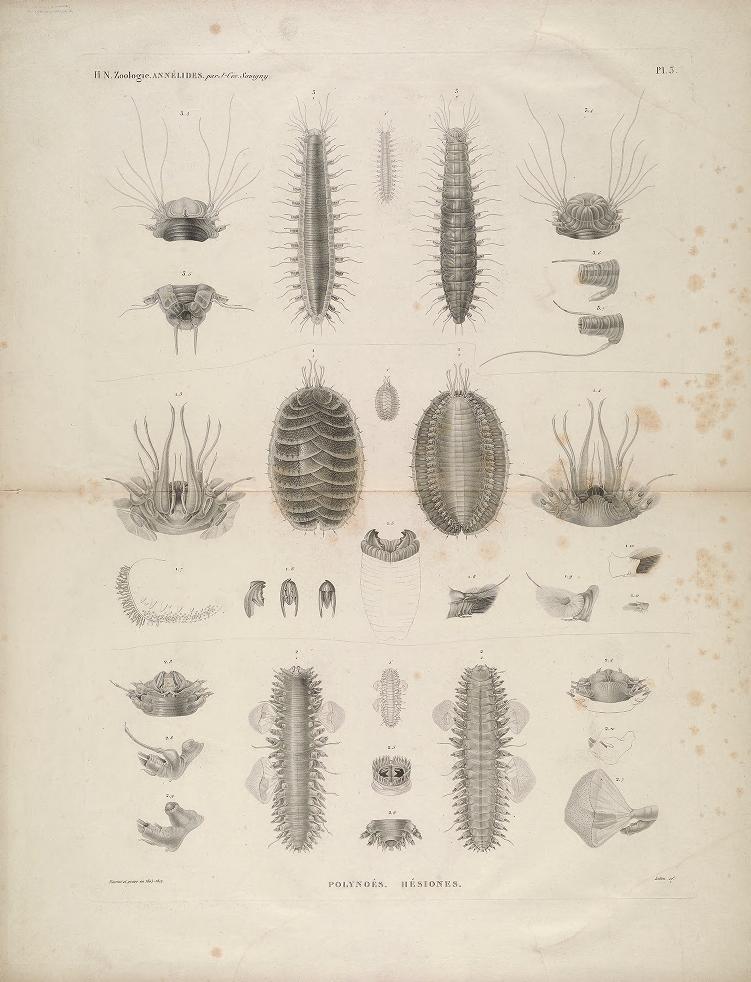 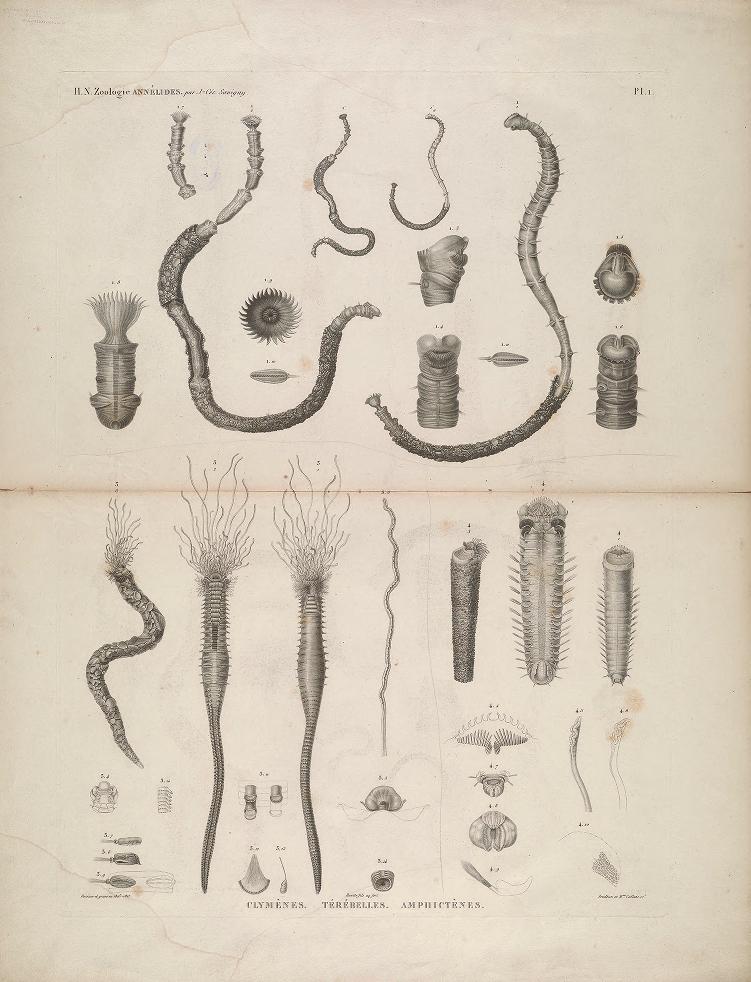 Mirage: Napoleon’s Scientists and the Unveiling of Egypt by Nina Burleigh

Napoleon and the Scientific Expedition to Egypt 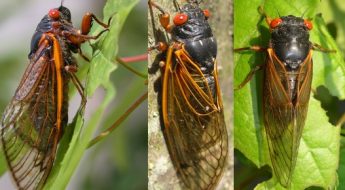 « Previous post
Sharing information on the Biodiversity Heritage Library at the SMBE 2013 Annual Meeting
Next post »
Happy Birthday, Beatrix Potter! (A Book of the Week about Rabbits)