Despite its relatively small size and urbanized environment, Singapore has a rich avifauna which has attracted interest since the 19th century. However, it was only in 1927 that the first book on the birds of Singapore was printed – The Birds of Singapore Island, co-authored by John Alexander Strachey Bucknill and Frederick Nutter Chasen, and published by the Raffles Museum.

Bucknill’s original collaborator for the book was Major John C. Moulton, a zoologist who was Director of the Raffles Museum and Library in Singapore from 1919 to 1923. In 1921, Moulton secured the assistance of Sir John Bucknill to produce a handbook on the common birds of Singapore which would be illustrated with attractive color plates. Bucknill was a former Chief Justice of the Straits Settlements and the Chairman of the Raffles Museum and Library Committee at that time. He was well-known for his interest in birds and had written and published several papers and books on the subject. To provide the illustrations for the book, an artist in India, Gerald Aylmer Levett-Yeats, was commissioned to paint the birds.

However, the publication of the book was delayed when Moulton was transferred to Sarawak as the chief secretary to the government in 1923. Owing to the pressure of other work, Moulton had to withdraw from the project, leaving Bucknill’s manuscript, the completed illustrations and his own notes in the hands of Cecil Boden Kloss, the new director of Raffles Museum and Library.

A zoologist who specialized in small mammals, Boden Kloss felt that he lacked the “ability and the inclination” to write the book himself. The task of completing the book was taken up by Frederick N. Chasen, the curator of Raffles Museum (later its director). The scope of the book was extended to include not only the common birds of Singapore but also the less common birds. To keep the book within certain limits of size, Boden Kloss abridged the manuscript by reducing Bucknill’s notes on the species featured in the book.

The book was finally published at the end of 1927. Sadly, both Bucknill and Moulton had passed away a year earlier in 1926.

The book covers all the common birds of Singapore and features 31 attractive color plates. Every bird is described in detail, including information on the status of each bird in Singapore. Written in a popular style, one of its notable features is the absence of technical terms. As stated in its preface, the book is “intended for the use of the uninitiated, both residents and visitors, who wish to know something of the birds they may see about them.” Despite being written for the lay person, the book provides a valuable source of historical information for the study of birds in Singapore.

The Birds of Singapore Island (1927) has been digitized for BHL by National Library Board, Singapore.

You can view all of the illustrations from this book in Flickr, all of which have been taxon tagged with the name of the species they represent. You can learn more about BHL’s citizen science Flickr tagging initiative here. 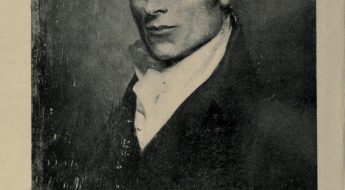