One of the most recent items added to our Flickr account is Great and Small Game of Africa (1899), and the stunning illustrations within the work have already inspired a great deal of chatter on the twitterverse.

While this volume was originally written as a guide for sportsmen, much of the biodiversity knowledge we hold in written format today was supplied in part by the observations and experiences of these individuals. This volume collects as much information about the species described within as was available and practical at the time of publication and presents it in a highly accessible format. For an added element of excitement for the reader, “Many of the articles have been written in the depths of Africa itself.”

We present the illustrations and accompanying prose that we found most enticing. You can see all of the illustrations from this book on our Flickr account, and experience for yourself all the captivating accounts of these great fauna within the pages of the work itself. 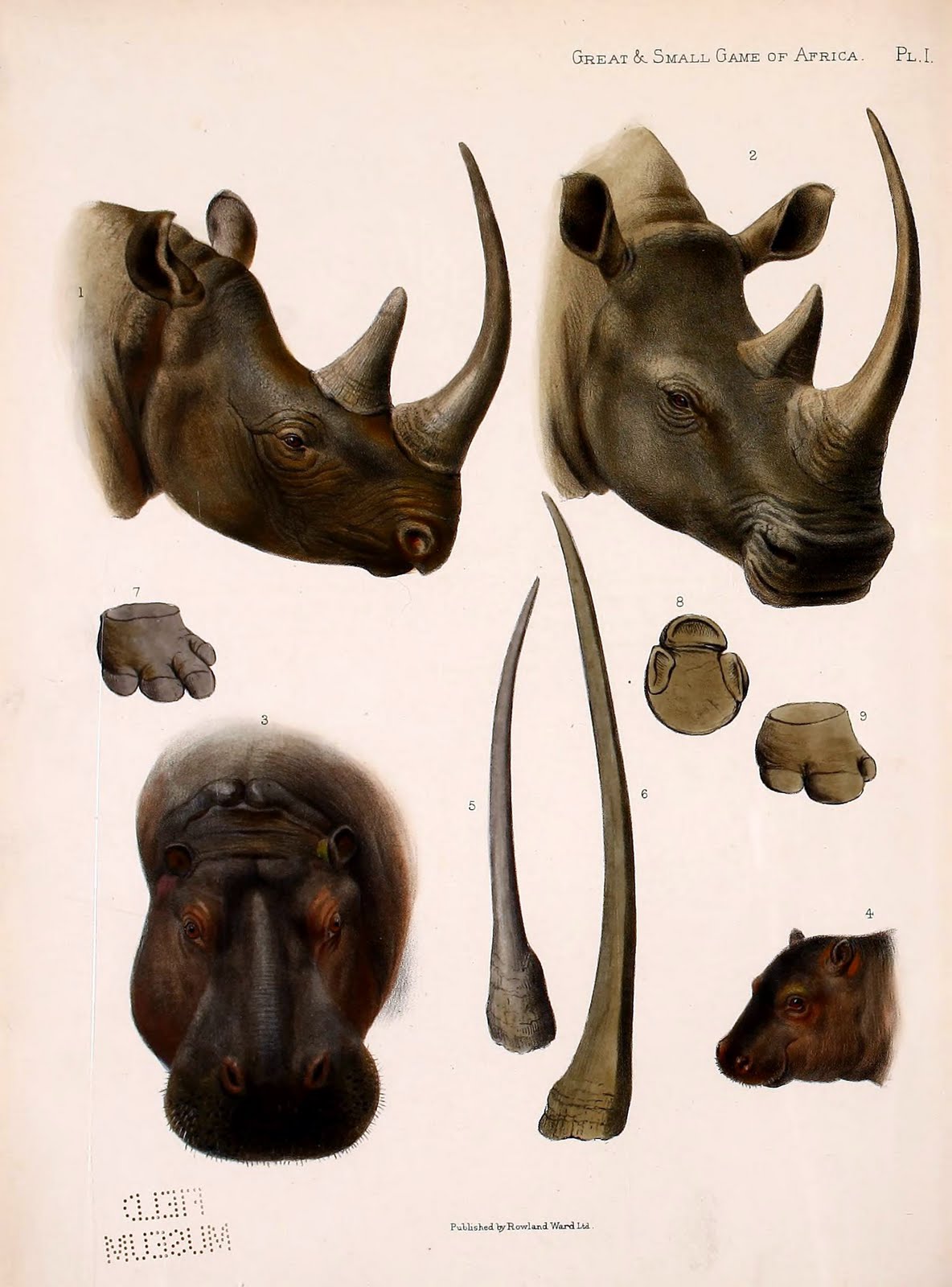 “At present day the group is restricted to Africa and the warmer parts of Asia. In Africa it is represented by the widely-spread common or black rhinoceros (R. bicornis [now Diceros bicornis]), the nearly extinct Burchell’s, or white rhinoceros (R. simus [now Ceratotherium simum]) of the Cape and south-eastern regions, and the little-known Holmwood’s rhinoceros (R. holmwoodi [determined to be the Black Rhinoceros in Tanzania]) of East Africa. All three are distinguished from their Asiatic relatives by their smooth skins and the absence of front teeth; and all have two horns. Burchell’s rhinoceros, which is a grass-feeder, differs, however, very widely from the common species in the structure of its cheek-teeth. Holmwood’s rhinoceros is at present known only by the horns and may prove not to be a distinct form.” 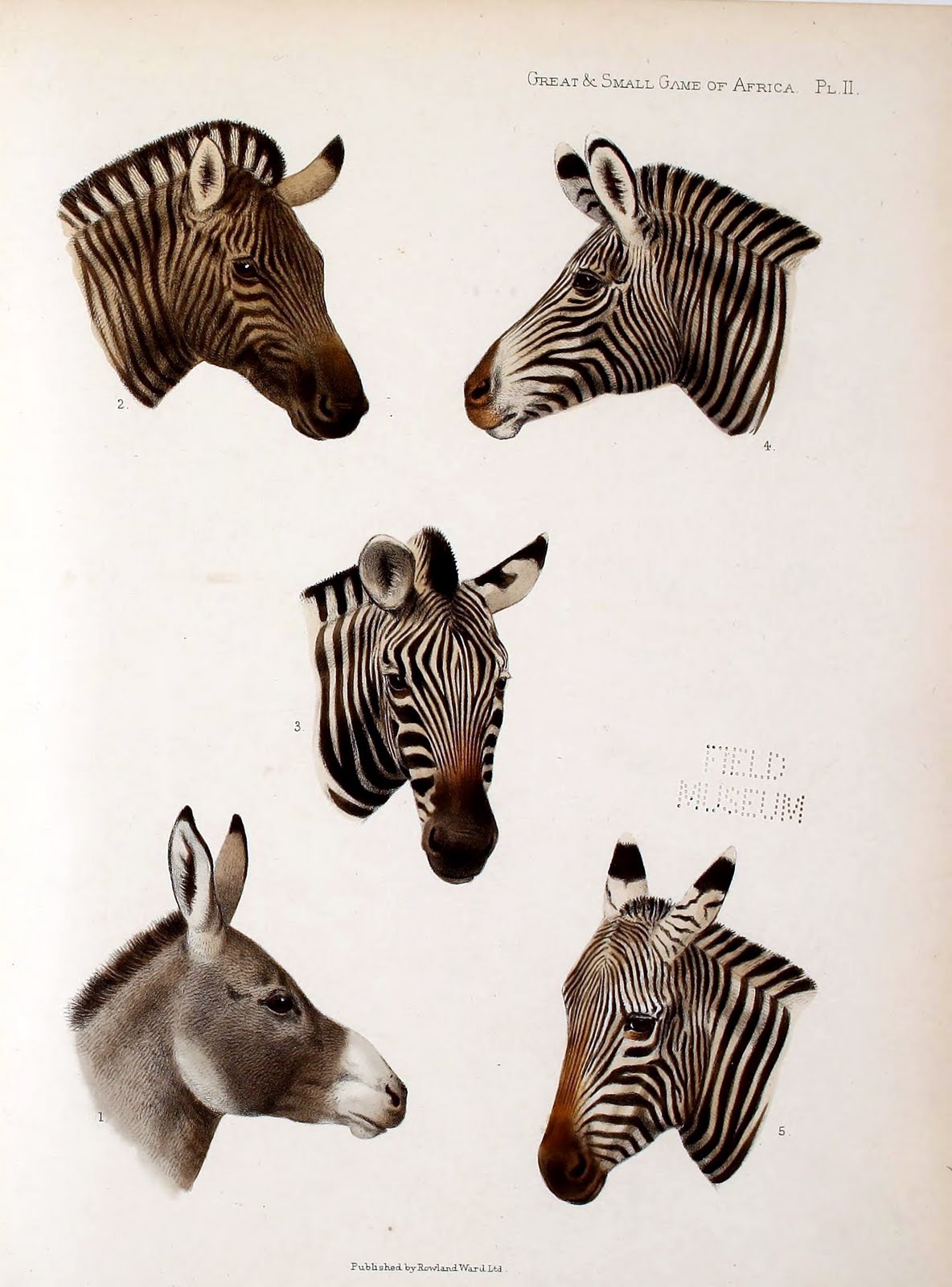 “The zebras (sub-genus Hippotigris), which range over the open districts south of the Sahara, and are peculiar to Africa, differ from the asses in that at least the head and fore-part of the body are striped; the stripes in some cases extending over the whole animal. Four well-marked species may be recognised, viz.:- the quagga (E. quagga quagga [extinct subspecies of E. quagga]), now extinct, Burchell’s zebra (E. burchelli), Grevy’s zebra (E. grevyi), and the true or mountain zebra (E. zebra). Of the second of these at least seven more or less well-marked local races or sub-species may be distinguished, differing from one another in the arrangement of the stripes on the body, the presence or absence of intermediate ‘shadow-stripes,’ and the extent to which the striping extends on to the legs.” 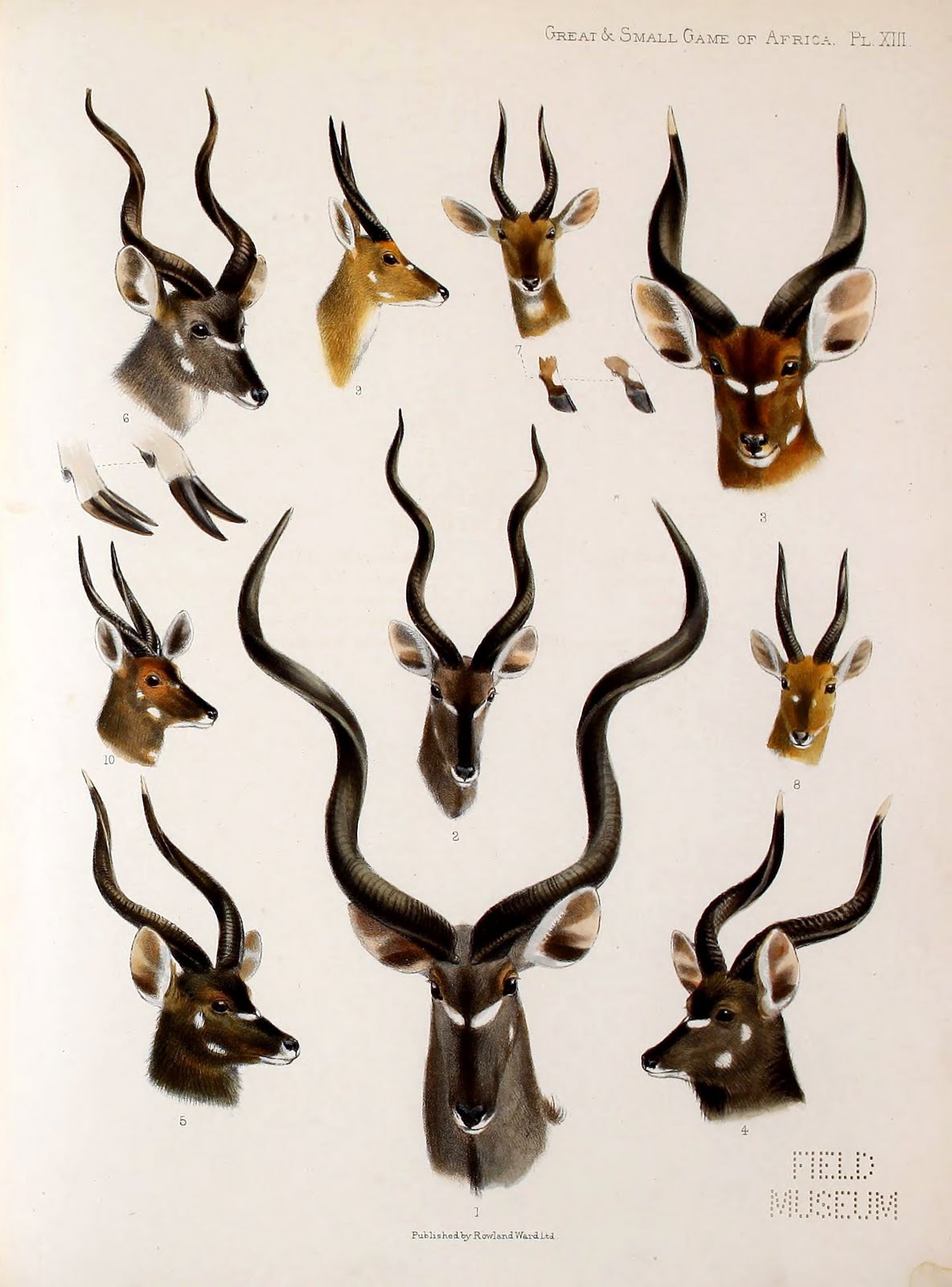 “Koodoo, the name by which one of the most beautiful animals in the whole world is known to European sportsmen, must be, I think, a word of Hottentot origin, since it is not Dutch, nor does it at all resemble any of the many equivalents for the same animal used by the various Bantu tribes inhabiting South and South Central Africa.

This splendid antelope was once widely distributed through the southern portion of the African continent. Two conditions are necessary to its existence – water and bush…And wherever in South Africa these two conditions were fulfilled – with the single exception of the forests of Knysna – I believe that koodoos were once to be found. In the early part of the present century, koodoos were numerous in many parts of the eastern province of the Cape Colony, but they had become exceedingly rare in those districts at the date of my first visit to South Africa in 1871. Since that time, thanks to wise legislation on the part of the Cape Government, and the loyal support given to the gamelaws by the British and Dutch farmers, koodoos have lately very much increased in numbers in some of their old haunts within that territory.” 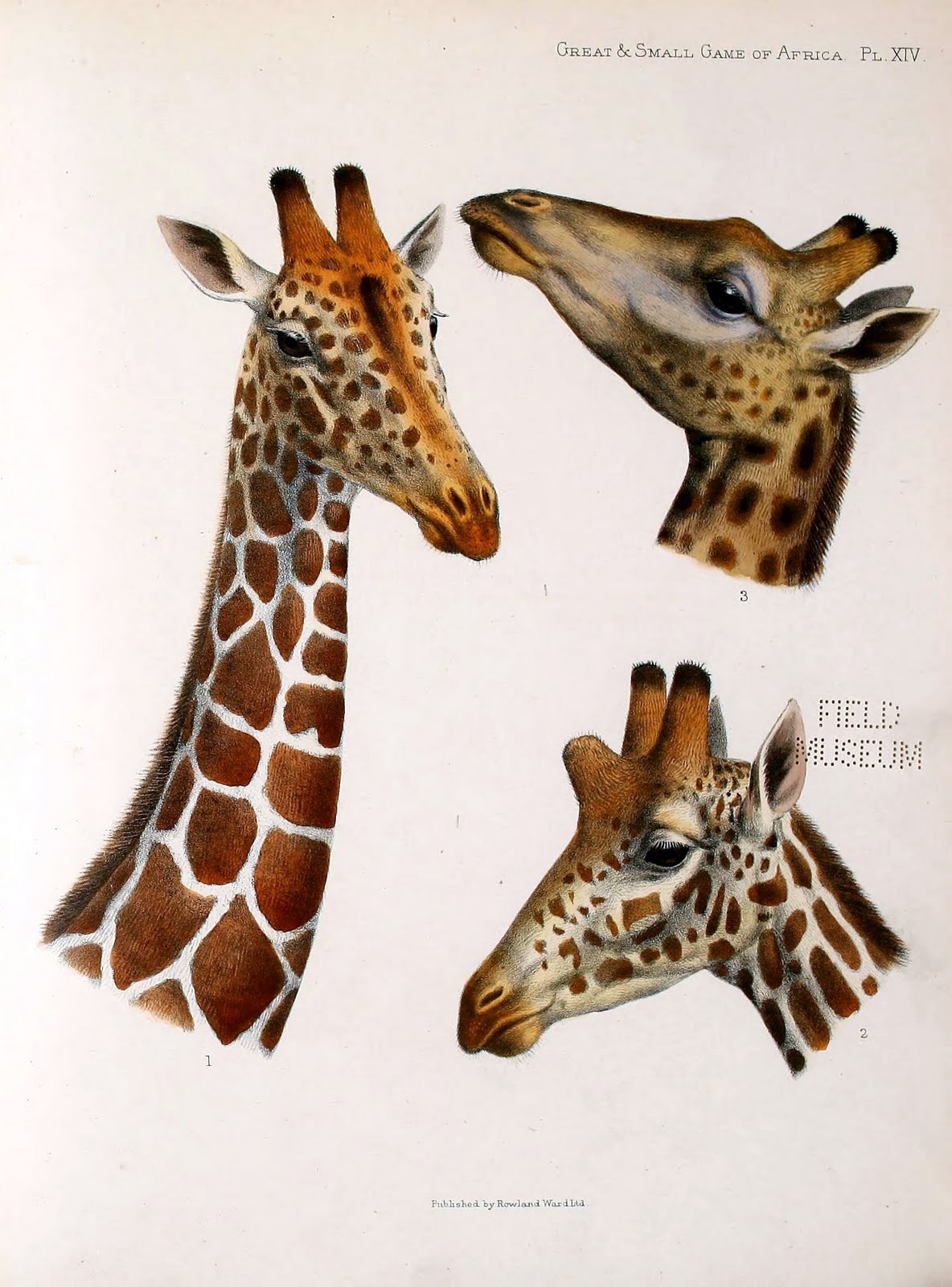 “These animals are very difficult of approach, in a general way, for they are extremely keen-sighted, and their towering height enables them to command a wide view…I do not think that lions very often succeed in killing these animals, defenceless though they be; and when they do, I believe it is generally a solitary giraffe (individuals of either sex are often seen alone) that has been surprised and pulled down by a party of lions.

Tick-birds – the same that so generally accompany the rhinoceros – often visit them, and it is curious to see these little guests running up and down their long necks, clinging to their sides and bellies, or sitting contentedly upon their heads while emitting their soft, querulous chirruping.

I have never heard giraffes make any sound, nor have I heard or read anywhere that their cry, if they have one, has ever been noticed.”