The history of botanical taxonomic literature began in a textual format as far back as the 400s B.C. Such prestigious names as Hippocrates, the “father of medicine,” and Theophrastus of Eresius, the “father of botany,” are among those to have first written about botany. These early writings, however, lacked the illustrations which are so important to botanical (and all other forms of biodiversity, for that matter) identification. Even when illustrations entered the scene, they were rare and costly, as they had to be reproduced by hand. It was the introduction of the printing press that changed this situation, as this allowed woodcuts producing line illustrations to be inserted into botanical books.

Since the introduction of large quantities of botanical illustrations in scientific literature, there have been a great many famous illustrators to contribute to the visual wealth of knowledge recorded in these works. One of the most celebrated is Pierre Joseph Redouté (1759-1840). This Belgian illustrator is credited with developing the technique of hand colored stipule engraving, which has since been widely used in botanical illustrations.

The hand-coloring stipule engraving technique involves applying ink to a copper plate on which an image has been etched, after which the plate is run through a press to imprint the image onto paper. Following this printing, the images are hand colored using watercolor.

Over his career, Redouté produced over 2100 published plates, documenting over 1800 species. The Biodiversity Heritage Library contains many publications to which Redouté contributed, one of which is La botanique de J.J. Rousseau (1805). This publication contains sixty-five plates created by Redouté, documenting a variety of species. These illustrations, along with the thousands of others contributed by Redouté over the years of his career, greatly enhanced the science of botanical investigation, and formed the building blocks upon which subsequent botanical study was built. 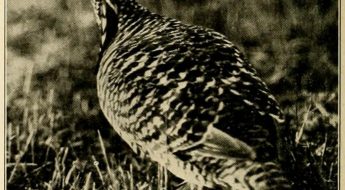