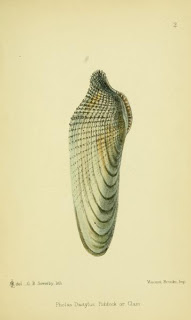 The Edible Mollusca of Great Britain and Ireland with Recipes for Cooking Them is a delightful fusion of taxonomy, geography, and cooking! The author’s preface emphasizes the “hitherto almost entirely overlooked” edible mollusca that are abundantly and economically available on the coasts, a qualifying characteristic that retains its relevance in the 100 years plus since publication. Hungry? Have some Cockle Soup!

From pg. 35 “Scald, drain, beard, and wash carefully four dozen of cockles, reserving their liquor in a pan, put 4 ounces of butter into a stewpan to barely dissolve over the fire; mix in 4 ounces of flour; moisten with a pint and a half of good white stock or milk; season with nutmeg, a pinch of cayenne, and a teaspoonful of anchovy; add half a pint of cream; stir over the fire for a quarter of an hour’s gentle boiling, and then, having cut the cockles in halves, pour the hot soup over them in the tureen.”
Enjoy!

The Edible Mollusca of Great Britain and Ireland with Recipes for Cooking Them, 1884, M.S. Lovell, Contributed by the Harvard Museum of Comparative Zoology’s Ernst Mayr Library 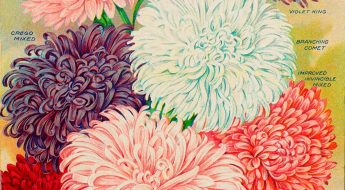