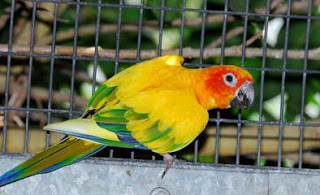 The concept of threatened and endangered species is not a new idea for most of the world. Most are now well aware of the shadow that looms over so much of the magnificent life on our planet. While many efforts are underway around the globe to protect the species that are threatened, it is important to continue to raise awareness of the plight faced by so many of the creatures that share our planet. So, in an effort to do so, we highlight this week the Sun Parakeet, or the Aratinga solstitialis, one of the many species of threatened birds listed in this week’s book of the week, The World Checklist of Threatened Birds (1990).

The Sun Parakeet is native to northeastern South America, particularly in “the north Brazilian state of Roraima, Southern Guyana, extreme southern Suriname, and southern French Guiana.” Recent surveys revealing that the species may now be extirpated from Southern Guyana and rare in Roraima have excited recent discussions over the threatened status of this bird, and it is now listed as “Endangered” in the 2008 IUCN Red List. Deforestation, hunting, poaching, and capture for sale in the pet trade are the greatest threats facing this species.

The taxanomic history of this bird is interesting, beginning with its first description by Linnaeus in volume 1 of his 1758 work Systema Naturae. In this publication, Linnaeus situated the Sun Parakeet in the genus Psittacus. However, this genus is now reserved solely for the type species with which it is associated, the African Grey Parrot, and Aratinga solstitialis is now found in the genus Aratinga. Besides being known by the common name of Sun Parakeet, Aratinga solstitialis is also called the Sun Conure.

The Sun Parakeet is among those bird species listed in The World Checklist of Threatened Birds (1990). Take a few moments to examine this species on EOL, and discover this species, along with many others, in this week’s book of the week. Think about what you can do to help ensure that these species are around for many generations to come. 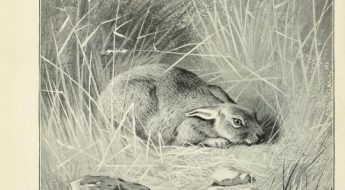