Lack of access to published information about biodiversity is one of the major inhibitors to efficient scientific research today. It’s such a longstanding problem, in fact, that it has a name. The taxonomic impediment.

For hundreds of years, scientists and naturalists have published information about Earth’s species in books and journals. Many of these works, however, are available in only a few select libraries, and information about species is often not available within the countries in which those species live.

The taxonomic impediment is a very poignant reality for Paul Smith and his colleagues working in Paraguay. Paul is a freelance naturalist working with FAUNA Paraguay and the Para La Tiera Research Station.

FAUNA Paraguay is dedicated to the magnificent Paraguayan fauna and serves as an online community promoting the study, conservation, and protection of this fauna and related habitats. The community is working to educate the public about Paraguayan biodiversity, produce related scientific and educational papers, and amass the first open access zoological and ecological library in Paraguay.

The Para La Tiera Research Station is based at the Reserva Natural Laguna Blanca and is working to protect globally threatened South American ecoregions through conservation and research projects and is spreading awareness about these regions through community outreach and scientific publications about related biodiversity.

Paul specializes in the natural history, ecology and distribution of Paraguayan fauna, publishing widely on ornithology, herpetology, mammalogy and entomology. His discovery of BHL through a Google search had a dramatic impact on this work.

“BHL is a gamechanger for people like me working in countries where literature is hard to come by,” lauds Paul. “To be able to consult at the click of a mouse classic old works that used to be impossible to find is revolutionising the way we work here, and the ability to trace modern citations back to their original sources is beginning to provide answers to a lot of the ‘mysteries’ that have stumped us for some time! There is no doubt that this has benefited the scientific community here in Paraguay, and has changed the way we do things. It has certainly opened up biology to a wider audience, and young Paraguayan biologists are finally beginning to flourish. I have no doubt that wider access to key literature has played a key role in that development.”

These days, Paul consults BHL at least weekly, but often more frequently. Furthermore, it has been a major contributor to FAUNA Paraguay’s Library, which is the largest natural history library in the country. A major component of the initiative is the ELibrary. While remote access to books through electronic copies greatly increases the efficiency of scientific research, spotty and slow Internet connections in Paraguay made relying only on online access to books and journals less than ideal and necessitated the creation of an ELibrary that could host local copies of required materials. BHL has served as a major backbone to this ELibrary.

“We have a very slow internet connection here in Paraguay,” explains Paul, “So we habitually download everything we can for inclusion in our ELibrary, especially books and complete runs of journals. That way we know we can have access to it when we need it and not be dependent on internet connection speeds!

“The gigantic collection of PDFs [from BHL] that we have put together forms a notable part of the FAUNA Paraguay library, which is consulted regularly by professionals, students and educators. It has become a major resource for me personally as well as many others, and of course I perform all my literature searches through BHL before looking for the references in our library.

“Access to literature has long been a problem here as of course are funds to visit libraries in other cities. Our library can be consulted in person, but we also provide a service where people can consult our collection at a distance via email and we can carry out literature searches for them and send them PDFs of relevant literature. Of course we always take the opportunity to direct users to BHL, but in some cases it is more convenient for students to request PDFs of specific articles or pages which we can make from the bigger files from BHL that we already have downloaded and then email these to the person who requested it.”

We asked Paul what he would like to see BHL develop or focus on in the future. His response? More partnerships with institutions in developing countries.

“One thing I’d like to see happen is reaching out to institutions in developing countries and asking them to join the digitalization process,” emphasized Paul. “I realise this comes with difficulties, but using the region I work in as an example, there are countless journals, monographs and books produced by museums, scientific societies and clubs (especially in Brazil, Chile and Argentina), many of which have been in print for well over 100 years, and which are still difficult to obtain even now (even if you physically visit the places to try and get copies of them!). Some of these journal titles are no longer in print, some continue to function, but they hold vast amounts of information that is not in copyright and risks being lost forever as the number of hard copies slowly dwindles (it’s becoming more and more the case that old journals are just being thrown away!). I’m sure this is the case all over the developing world, but getting some of those really obscure journals digitalised would be another massive step forward. There is certainly interest in doing this in some of the institutions I have spoken with, but a lack of resources/opportunity seems to be the major stumbling block. Having the opportunity to make their titles available on BHL would I’m sure be the answer that many of these institutions are looking for.”

We are always interested in exploring collaborative opportunities with institutions. You can learn more about our partnership process on this page, and if you’re interested in talking further about collaborations, send us feedback!

So what’s Paul’s favorite feature on BHL? The recent additions page, which provides updates of all the new titles added to BHL each week. As Paul praised, “Searching through the BHL collection online is like finding a treasure chest! The good thing about this treasure chest though is that it keeps getting fuller each week!”

Thank you, Paul, for sharing with us the impact that BHL has on your work and country. Do you use BHL to support your own research? Want to tell us about it? Send an email to feedback@biodiversitylibrary.org! 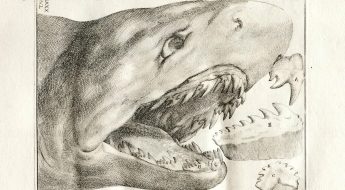