The National Museum of Natural History is hosting its inaugural celebration of International Polychaete Day (July 1, 2015) in the memory of Krisitan Fauchald, a research zoologist at the Smithsonian Institution who dedicated his life to studying and sharing annelid, or segmented, worms with the world. A majority of polychaetes are marine worms, and include common names like bristleworms, lugworms, featherduster worms, and sea mice. However, more familiar types of worms such as earthworms and leeches are also considered polychaetes. The term polychaete means “many bristles” and most of the marine worms reflect this description by bearing numerous bristles along parapods, or segmentally arranged side flaps. Polychaetes are among the most common marine organisms with roughly 10,000 species of polychaetes currently known. This remarkably diverse group of animals comes in a variety of shapes, sizes, colors, and lifestyles and can be found throughout the world living on the sea surface, down in the ocean depths, among rock pools, or in the mud and sand at the seashore. To celebrate International Polychaete Day, we wanted to share a staff favorite from BHL’s collection: A monograph of the British Marine Annelids by William McIntosh. 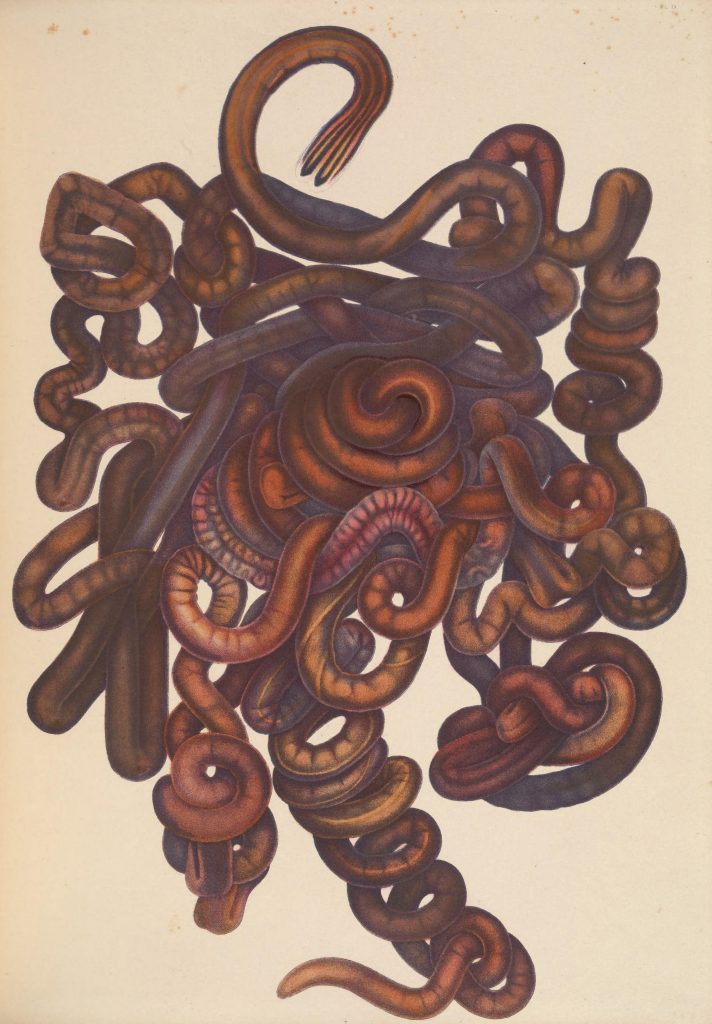 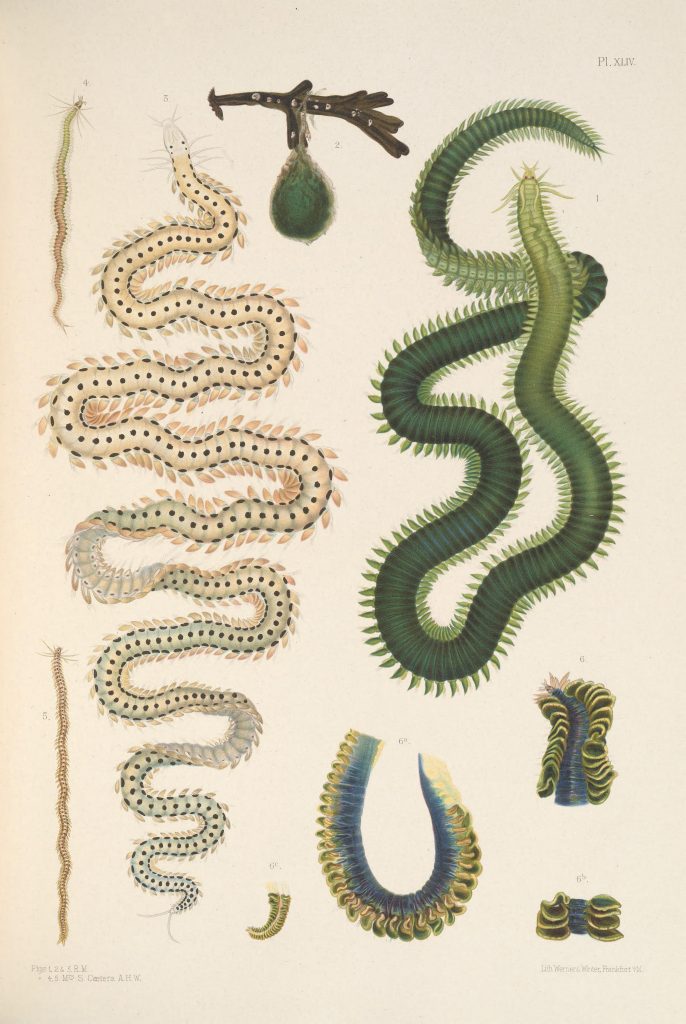 William Carmichael McIntosh, an eminent Scottish physician and marine biologist, is best known for being the driving force for establishing the first marine biology station in the British Isles in 1896 and compiling a compendium on marine annelid worms. Interestingly enough, McIntosh’s groundbreaking research on marine worms actually began while he was employed as a psychiatrist and superintendent of the Murthly mental hospital near Perth, Scotland. While McIntosh conducted research in other areas, most of his career was occupied with studying these marine annelids and assembling his monumental monograph. The first volume of his monograph was published in 1873 and described nemertean, or ribbon, worms in great detail. Over the course of the next 50 years, McIntosh published three additional multipart volumes describing numerous other families and species of polychaete. 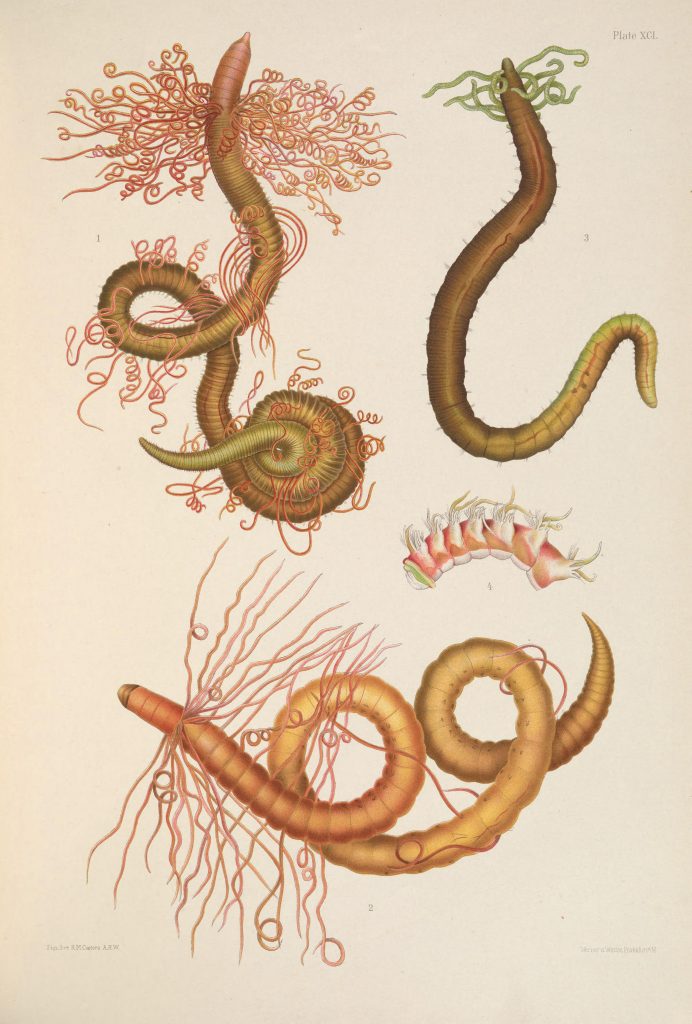 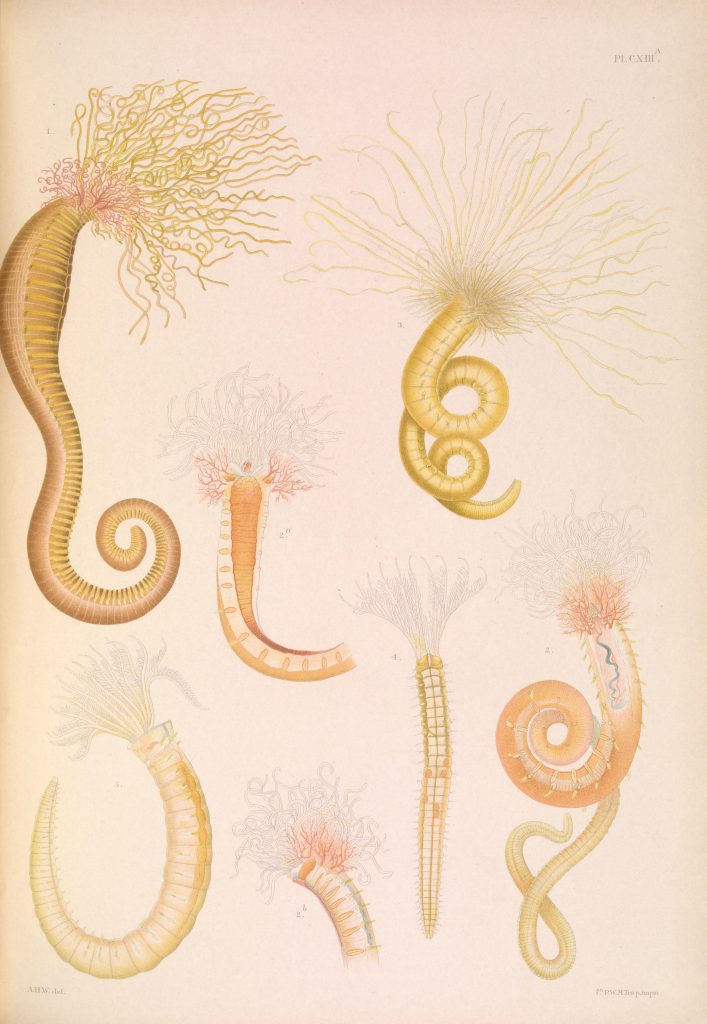 McInstosh believed that these marine worms were the most beautiful of all the invertebrates with their ornamentation and coloring. In his words, they held up against the “gaudy tints of butterflies and birds or the burnished splendor of beetles” (1908, vii). As a result, McIntosh felt it important to accompany his monograph, a major scholarly achievement in its own right, with beautiful illustrations that he hoped would make polychaetes known to a much wider audience. His sister, Roberta who was his workmate on several collection trips, encouraged McIntosh to take on the task of describing the various forms and functions of the marine worms they found from which she would create exquisite drawings. After his sister’s death, another artist, A.H. Walker, took over the task of completing and adding to the beautiful drawings started by Roberta. Each volume of McIntosh’s monograph set is filled with stunning illustrations of marine worms. In his final volume, McIntosh modestly acknowledges that “there are many gaps to fill in literature, anatomy, physiology and development, but he hopes that they are left in a better state than he found them” (Stiassny 2014, 111). We wholeheartedly believe William McIntosh has more than accomplished that endeavor. 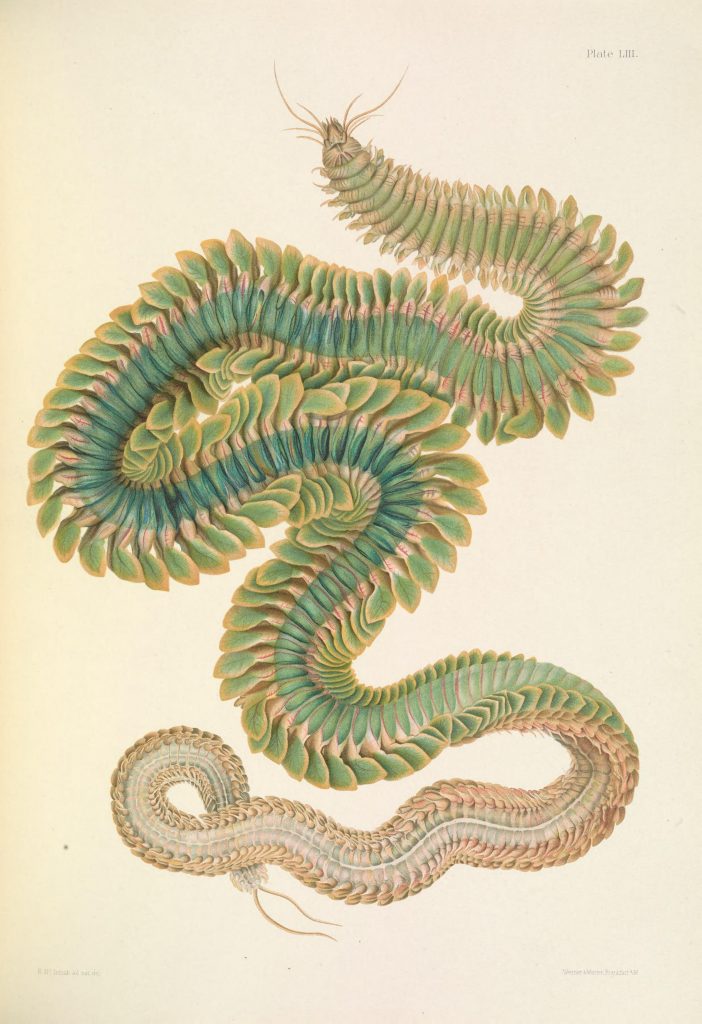 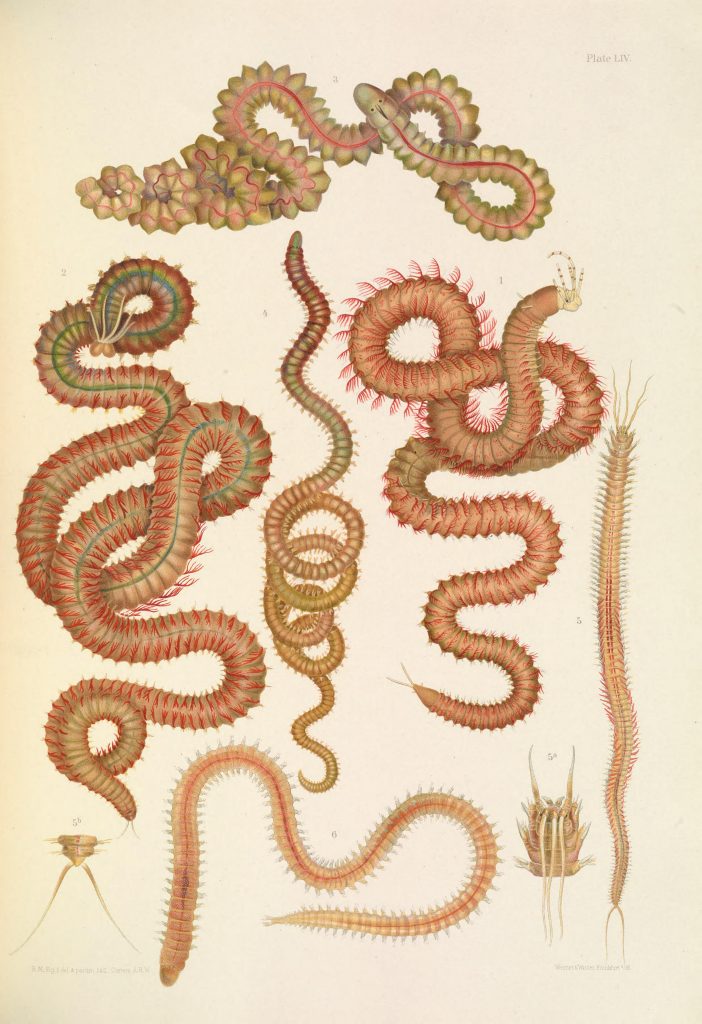 Polychaetes have existed for eons and can be traced back to around 500 million years ago. Researchers have found that polychaetes play a key role in ecosystem functions, as well as  a vital link in the ocean’s natural climate control system. Furthermore, with polychaetes usually being the dominant organism in a sample of mud or sand taken from the ocean floor on any part of the planet, polychaetes are excellent indicators for marine biologists about the effects of pollutants and the natural and human-induced changes in ecosystems. Join us in marveling at these amazing animals and discovering more about why a whole day is devoted to them on this inaugural International Polychaete Day through planned activities and social media using the hashtag: #InternationalPolychaeteDay.

Maria Chiochios served as an Outreach Impact Strategy Intern for the Biodiversity Heritage Library as part of the Smithsonian Libraries' Professional Development Internship Program in 2015. 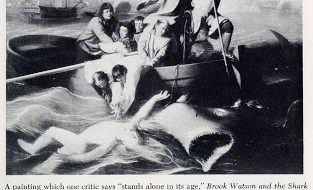 Book of the Week: Shark Week, Part 2. The Mythology of the Shark