The Expanding Access to Biodiversity Literature (EABL) collection has grown rapidly over the last year, with the addition of born digital material and in-copyright titles scanned by various BHL member libraries. It wasn’t until recently, however, that the collection included titles contributed directly by non-BHL members. This process—a significant departure from usual BHL workflows—is part of EABL’s effort to digitize valuable content from organizations outside the consortium. Contributors ship their material to the closest Internet Archive (IA) scanning center, where it is scanned and added to the BHL and EABL IA collections. From there, the metadata is ingested into BHL by the usual process. EABL then reimburses the scanning cost.

The first organization to digitize in this way through EABL was the Cherokee Garden Library, Kenan Research Center at the Atlanta History Center. They contributed seed catalogs published by H.G. Hastings & Co., a major commercial agricultural company in Atlanta, Georgia, in the early 20th century.

The Cherokee Garden Library also contributed a number of volumes (v.1-4, 1843-1846; v.13-15, 1855-1857; v.17, 1859) of The Southern Cultivator, another Atlanta-based publication that historian Michael T. Bernath called “the Confederacy’s oldest, strongest, and intellectually most impressive agricultural journal.” The journal is important not only as a source of information about the agriculture industry of the antebellum South, but also for its stark depiction of American slavery and the unconscionable role it played in the rise of that industry. It was published from 1843 to 1872.

The editors of The Southern Cultivator minced no words in promoting the practice of slavery; in fact, they saw it as a crucial component in their plan to elevate southern agriculture. In v.1 (1843), they printed an address given by John Belton O’Neall to the Agricultural Society of South Carolina in December of the previous year. In it, Judge O’Neall states that there is one obstacle to realizing the full industrial potential of the state — the “carelessness of her operatives,” i.e., slaves. He continues, “Still, our slaves are capable of more, much more, than we have hitherto had credit for. It is only necessary that they should be taught habits of regularity, economy and thrift, to make them the most effective laborers in the world. This is what we are attempting.” (p.109).

Difficult as it is to read these words—and they are hardly the most racist to appear in the journal’s pages—they provide an unvarnished glimpse into a period of American history in which slavery was a cornerstone of agriculture throughout much of the country. Indeed, The Southern Cultivator shows that it was not southerners alone who believed slavery was vital to the economy. In v.17 (1859), as the tensions that would lead to civil war were quickly rising, the editors reprinted an editorial from the Providence [Rhode Island] Post arguing that the North would suffer equally, if not more, if the South were to secede from the Union or if slavery were abolished. They preface the editorial by saying, completely without irony, that they “seldom dabble in anything that even resembles the ‘dirty water of politics’.” The editorial itself is frank in putting material concerns over principle:

Slavery may be a great outrage against humanity. We look upon it in this light, and have no defence to offer for it. But we remind Northern men, not only that the North clung to while it promised to be profitable…but that Northern merchants and Northern mechanics and Northern manufacturers are dependent on it to-day for their stately ships, their immense store-houses, their splendid dwellings, their paying railroads and their reputation for thrift. (p.107)

As the United States continues to grapple with the legacy of the Confederacy, slavery, and the aftermath of the American Civil War, the digitization of these volumes is particularly timely. We are grateful to the Cherokee Garden Library, Kenan Research Center at the Atlanta History Center for contributing them through EABL, and we hope that they will be useful to researchers across many disciplines.

To learn more about the Cherokee Garden Library and its work with EABL, see this post from earlier this year. 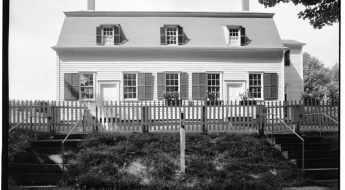 « Previous post
The First European Language Monographic Series on the Zoology of Japan
Next post »
Report from the Digital Data in Biodiversity Research Conference, University of Michigan