All posts in Fossil Stories 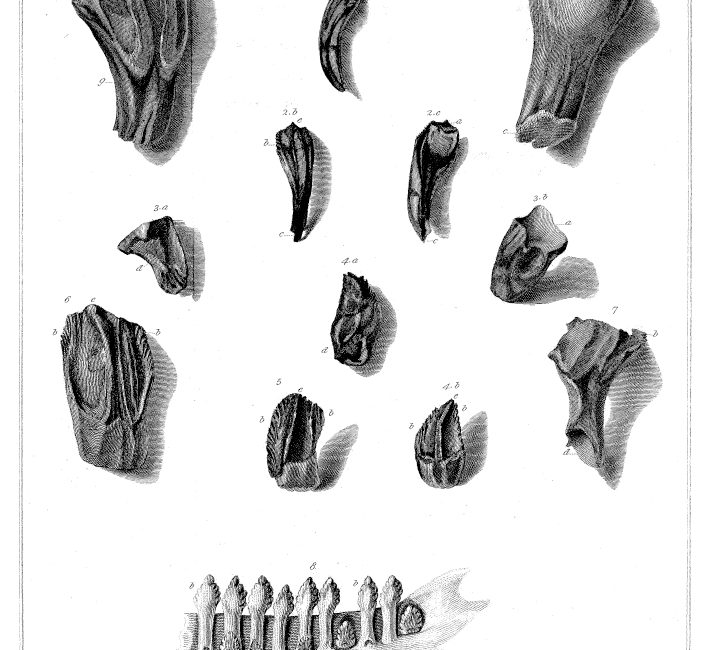 The second validly-named dinosaur was Iguanodon, but the identification of its fossils as a distinct and extinct species was a somewhat long and arduous process. In 1822, Gideon Mantell, English geologist and paleontologist, came into possession of some large fossil teeth, discovered either by himself or his wife, Mary Ann.
END_OF_DOCUMENT_TOKEN_TO_BE_REPLACED
October 15, 2015byGrace Costantino
Blog Reel, Campaigns, Featured Books, Fossil Stories 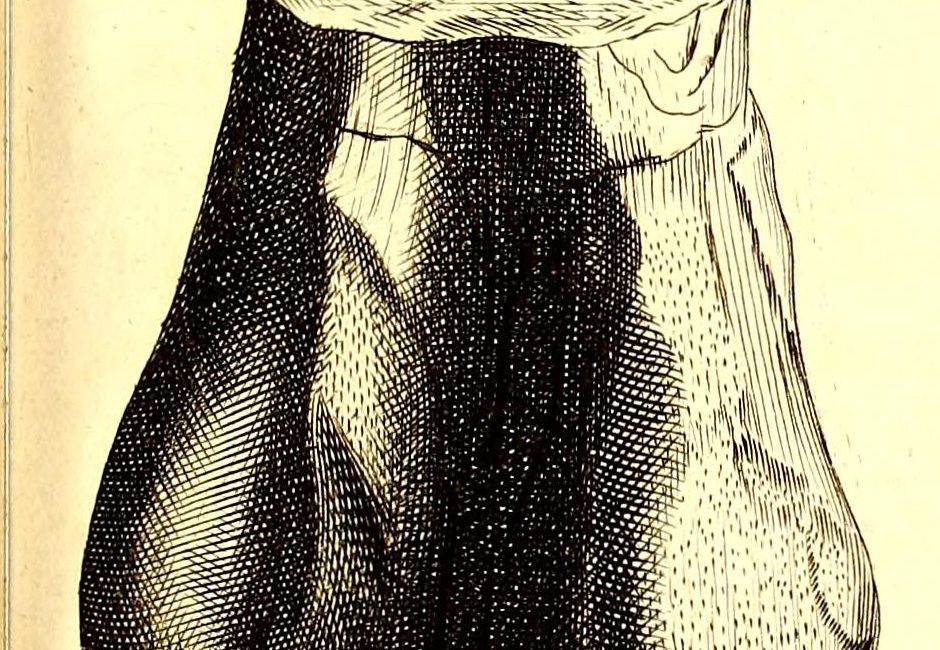 In 1676, the lower part of a massive femur was discovered in the Taynton Limestone Formation of Stonesfield limestone quarry, Oxfordshire. The bone was given to Robert Plot, Professor of Chemistry at the University of Oxford and first curator of the Ashmolean Museum. Plot published a description of it in 1677 in the Natural History of Oxfordshire.
END_OF_DOCUMENT_TOKEN_TO_BE_REPLACED
October 15, 2015byGrace Costantino
Blog Reel, Campaigns, Featured Books, Fossil Stories 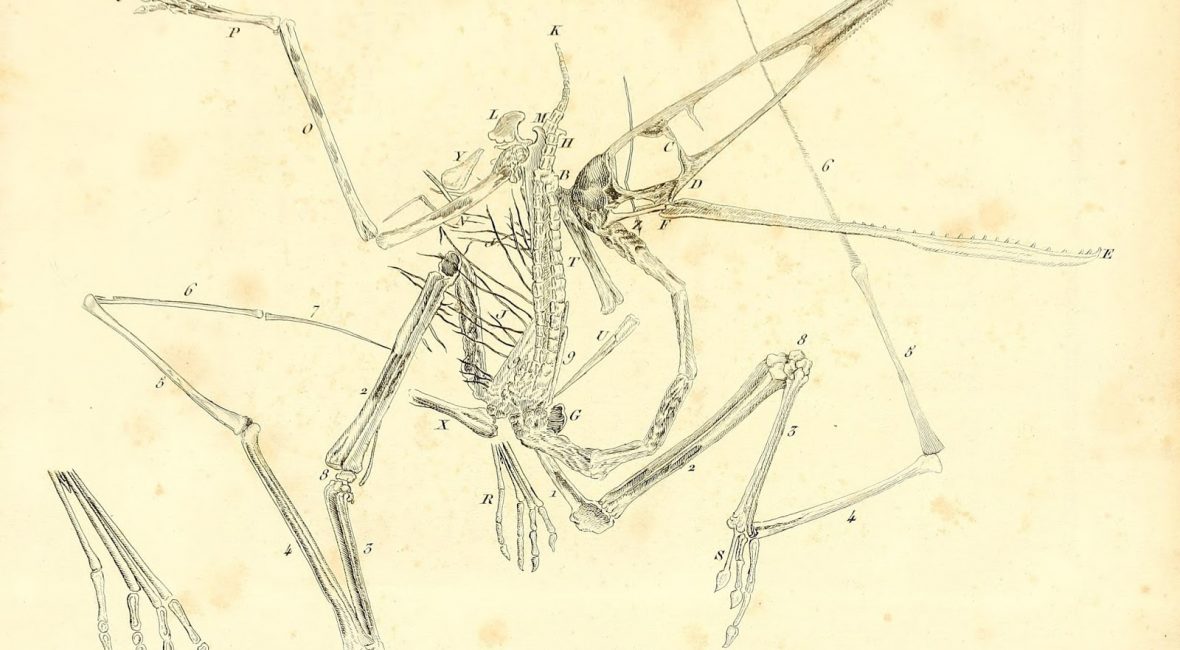 Pterosaurs, flying reptiles that lived 228-66 million years ago, are the earliest vertebrates known to have evolved the capacity for powered flight. The first known pterosaur specimen was described by Cosimo Alessandro Collini in 1784. Twenty years earlier, in 1764, Collini had been appointed to supervise the Naturalienkabinett at Mannheim, established as part of the Kurpfälzische Academy of Sciences, in present-day Germany. The first-known pterosaur specimen arrived at Mannheim sometime between 1767 and 1784, probably originating from Bovaria. Collini was baffled by the specimen, but deduced that it was not a bird or a bat.
END_OF_DOCUMENT_TOKEN_TO_BE_REPLACED
October 15, 2015byGrace Costantino
Blog Reel, Campaigns, Featured Books, Fossil Stories 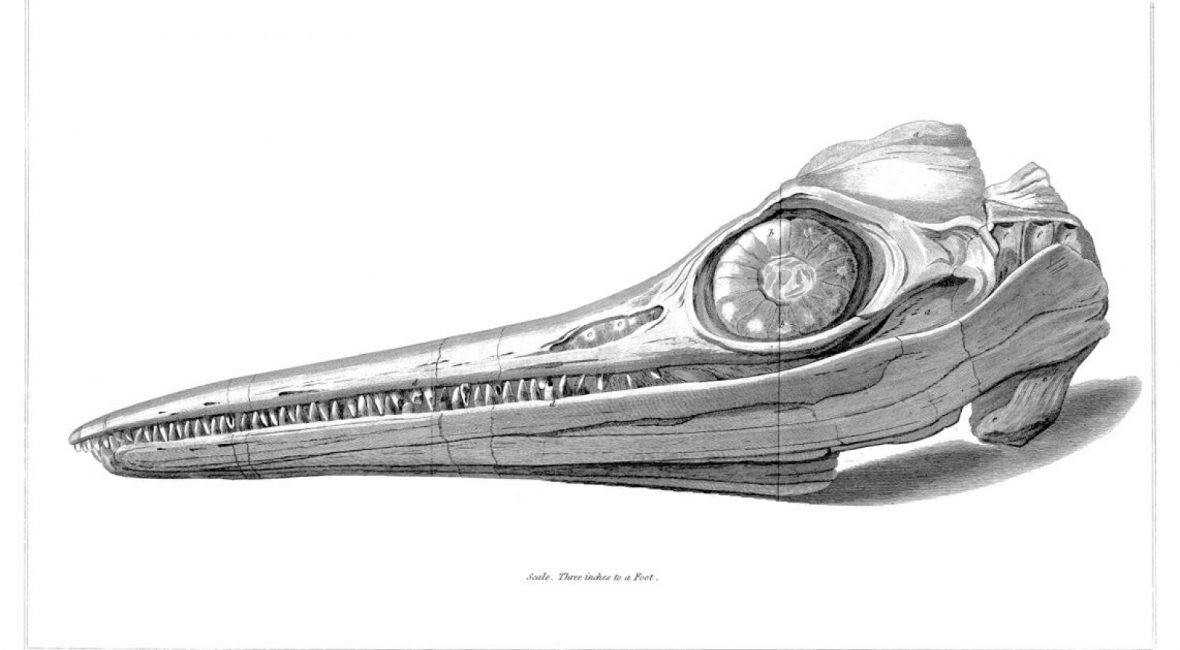 When the fossils of extinct species were first discovered, they were often misidentified. Case in point: Ichthyosaurs. The first probable illustrations of ichthyosaur fossils were published by Edward Lhuyd in his Lithophylacii Brittannici Ichnographia, 1699. He attributed the fossils to fish. In 1708, Swiss naturalist Johann Jakob Scheuchzer attributed two ichthyosaur vertebrae to a man who drowned during the Biblical flood. In 1783, an ichthyosaur jaw with teeth was exhibited by the Society for Promoting Natural History as those of a crocodilian.
END_OF_DOCUMENT_TOKEN_TO_BE_REPLACED
October 15, 2015byGrace Costantino
Blog Reel, Campaigns, Featured Books, Fossil Stories 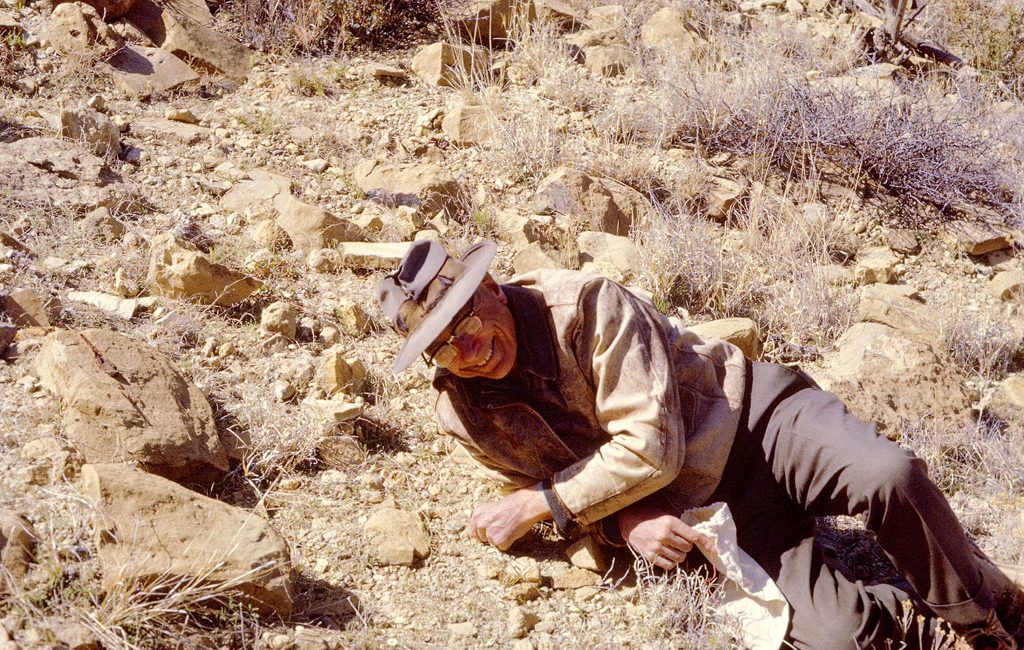 We’re so excited that our #FossilStories Citizen Science Challenge was successfully completed on October 12, with 252 pages from 9 field books fully transcribed and reviewed in just 3.5 days! Be sure to tune into the behind-the-scenes tour of Smithsonian fossil collections with Dr. Nicholas Pyenson, Curator of Fossil Marine Mammals at the Smithsonian’s National Museum of Natural History, via the BHL Periscope on October 26 as a reward for the successful completion of the challenge.
END_OF_DOCUMENT_TOKEN_TO_BE_REPLACED
October 15, 2015byLesley Parilla
Blog Reel, Campaigns, Featured Books, Fossil Stories 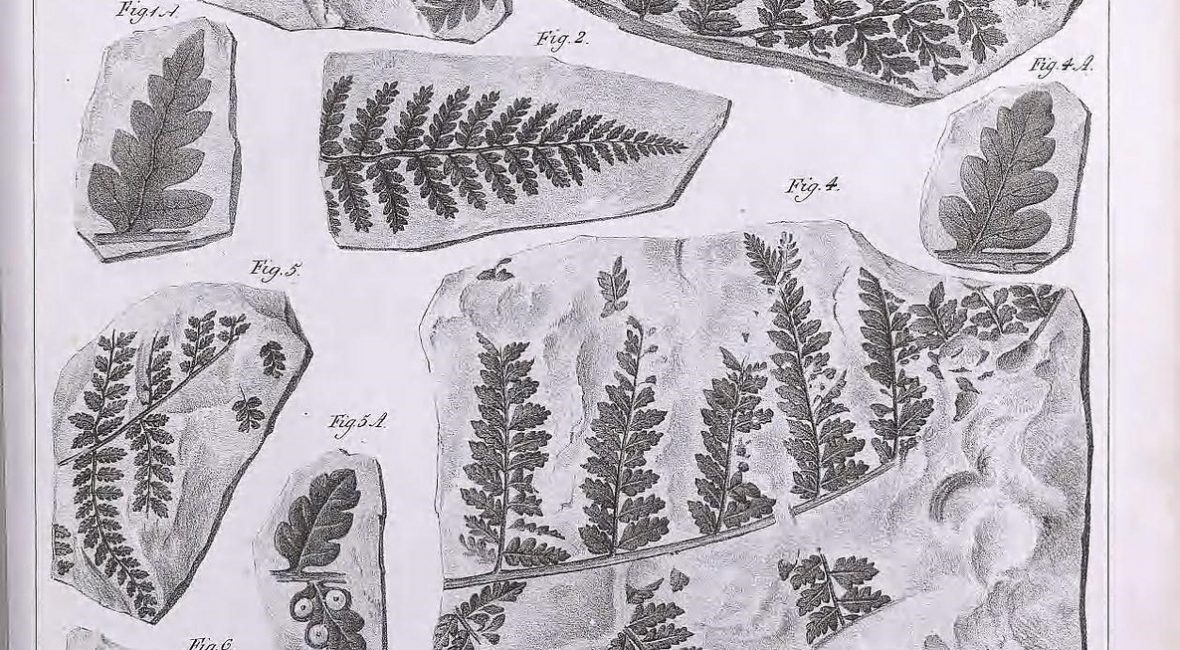 French botanist Adolphe-Théodore Brongniart is known as the Father of Paleobotany. Active in many branches of botany, Brongniart is most-remembered for his pioneering work on the relationship between extinct and living plants. In 1822, he published a paper on the classification and distribution of fossil plants, which he subsequently followed-up with his masterpiece Histoire des vegetaux fossiles (“History of fossil plants”) in 1828.
END_OF_DOCUMENT_TOKEN_TO_BE_REPLACED
October 14, 2015byGrace Costantino
Blog Reel, Campaigns, Featured Books, Fossil Stories 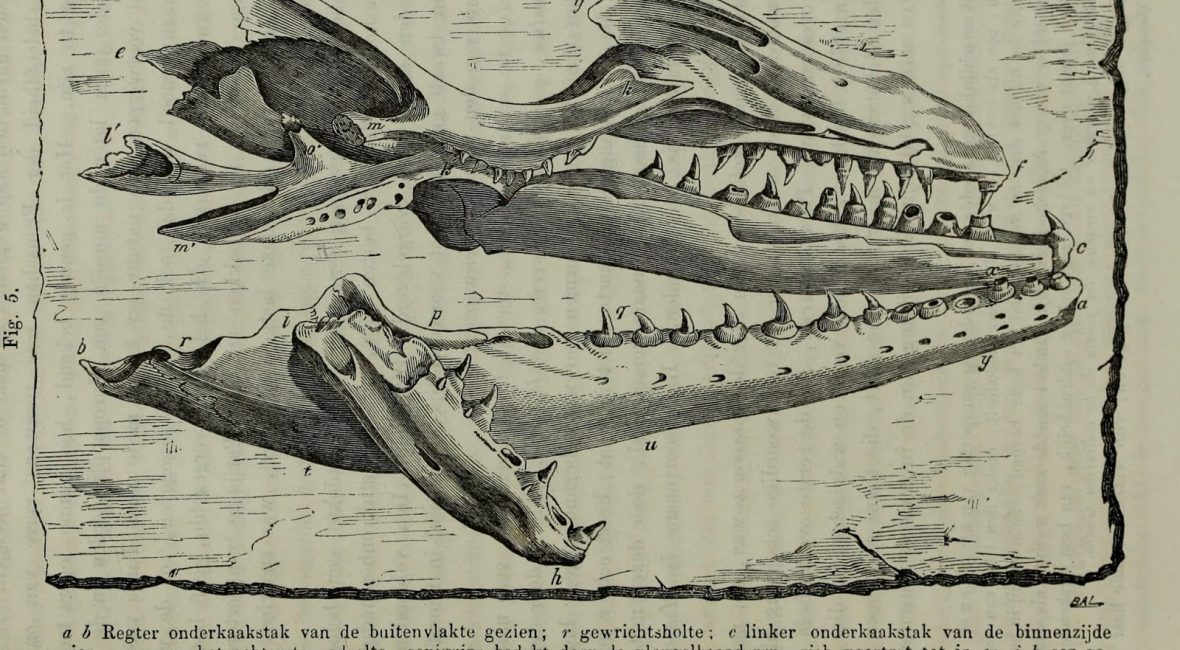 If you’ve seen Jurassic World (or even just the trailers), then you’re familiar with Mosasaurus.
END_OF_DOCUMENT_TOKEN_TO_BE_REPLACED
October 14, 2015byGrace Costantino
Page 2 of 4«1234»