All posts tagged with paleontology 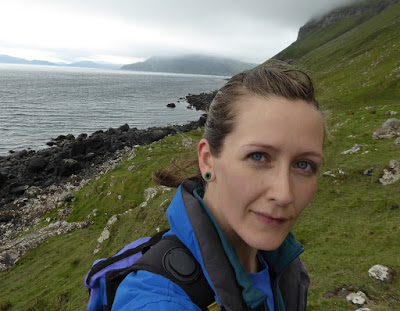 Mesozoic mammal palaeontology is in the middle of a revolution. Since the first mammals and their closest mammal-like relatives were discovered in the early 1800s, most of the fossil record for these earliest ancestors of ours were fragments of jaw and isolated teeth, the size of rice grains. In the last fifteen years however, an increasing number of more complete skeletons have been found in China, radically changing our understanding of the first mammals. It turns out they were more diverse and ecologically specialised than anyone previously suspected. Now we have new skeletons, it is more important than ever to pull together and sort through the historical fossil finds and descriptions. This means tracking down old and often obscure scientific papers.
END_OF_DOCUMENT_TOKEN_TO_BE_REPLACED
October 12, 2017byElsa Panciroli
Blog Reel, User Stories 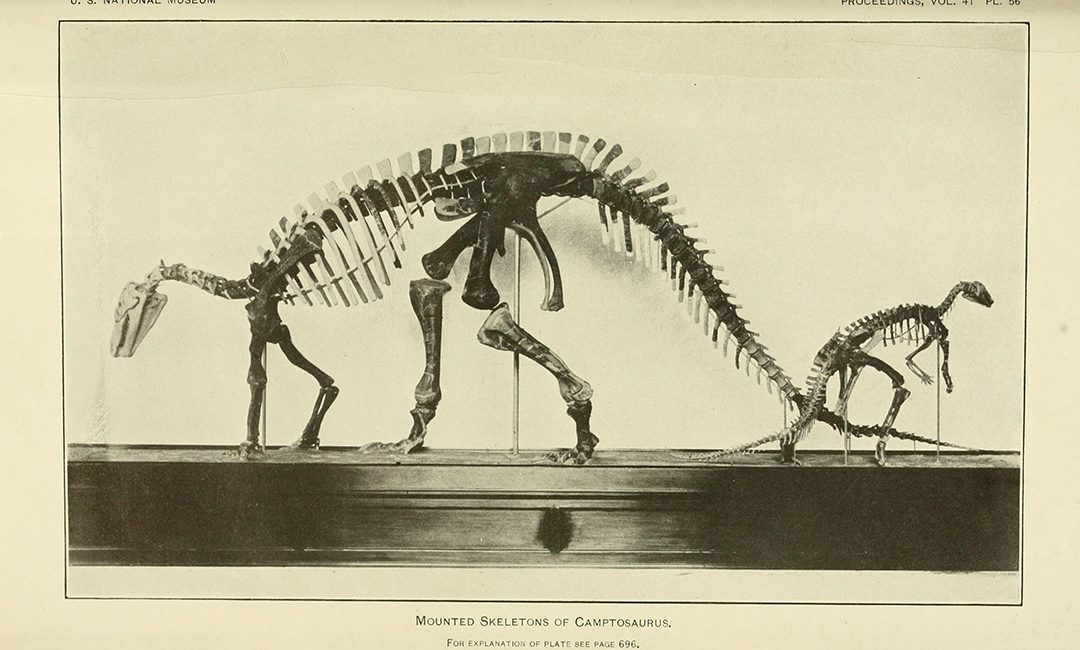 In 1911, the Smithsonian Institution debuted the world’s first large mounted Camptosaurus skeleton at its newly-opened Natural History building. The display featured two specimens erected side-by-side, one identified as Camptosaurus nanus and the other as Camptosaurus browni. Camptosaurus, whose name means “flexible lizard,” was a plant-eating, beaked dinosaur that lived during the Late Jurassic period. Both Smithsonian specimens were uncovered at a quarry near Como Bluff, Wyoming. 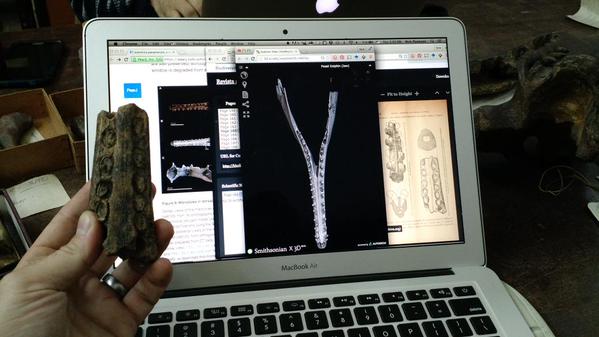 We hope you’ve been enjoying the fossil-mania this week with Fossil Stories! We’ve been exploring the fascinating history of paleontology, learning some great fossil facts, and hearing from experts (via a series of live webcasts) about current fossil research. Our posts have demonstrated the important role that natural history publications have played in the history of paleontology. These works disseminated new research and ideas, documented the evolution of human knowledge about fossils and their origins, and recorded the first scientific descriptions of many ancient creatures. But this literature is important not just for the historical information it provides.
END_OF_DOCUMENT_TOKEN_TO_BE_REPLACED
October 16, 2015byGrace Costantino
Blog Reel, Campaigns, Fossil Stories 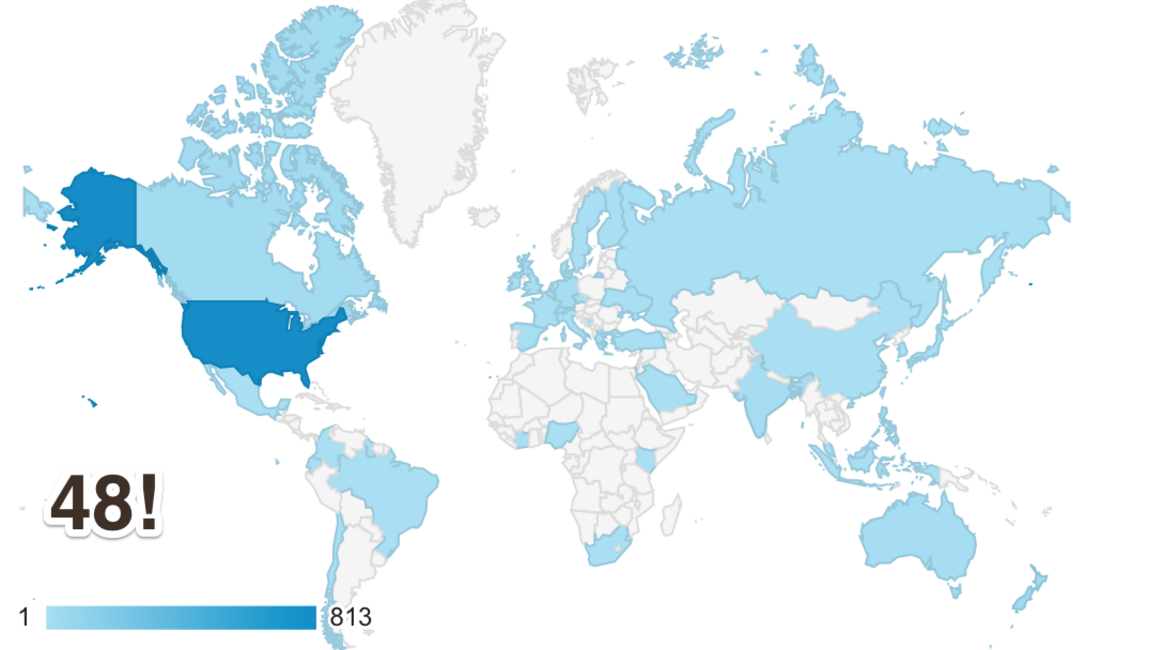 On October 9, we challenged Smithsonian Transcription volunteers to transcribe the field notes of Ladd, Ward, and G. Arthur Cooper. See the details of the challenge here. It took exactly three and a half days for volunteers to completely transcribe 9 sets of field notes totaling 252 pages. An average of 14 people contributed to each project. The range?
END_OF_DOCUMENT_TOKEN_TO_BE_REPLACED
October 16, 2015byMeghan Ferriter
Blog Reel, Campaigns, Featured Books, Fossil Stories 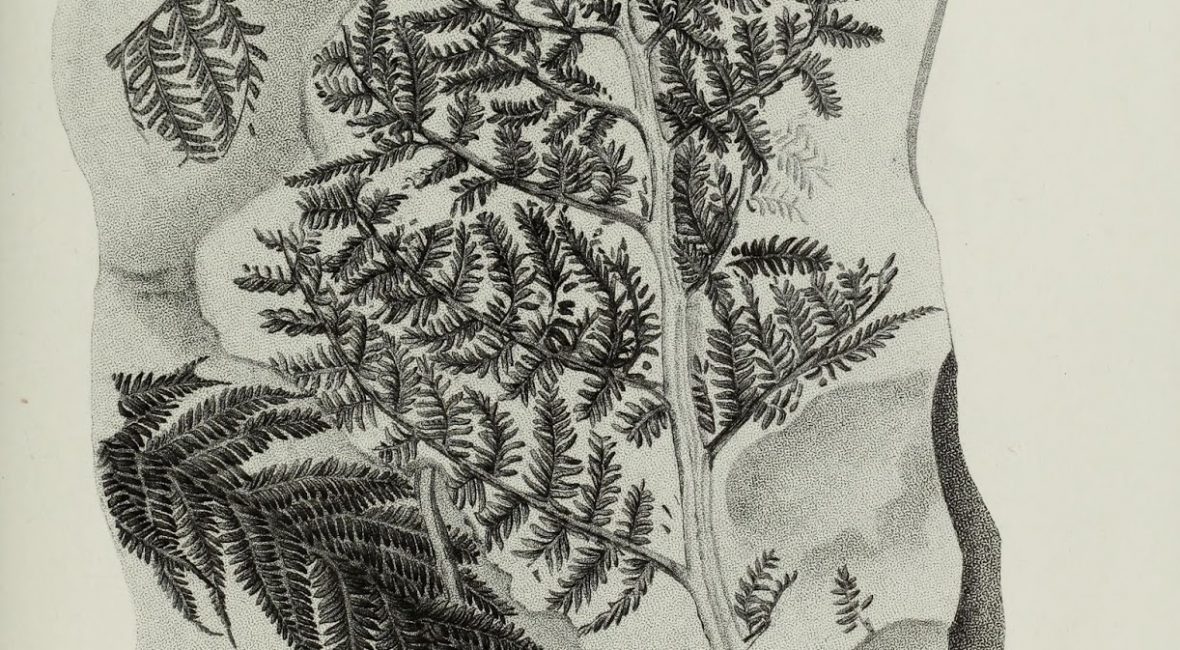 Phytology is an historic term, not widely used today, for the study of plants. Antediluvian was a term much used by early paleontologists to describe the “time before the great Biblical flood.” These two terms are necessary to understand the title of an important work in paleobotany: Antediluvian Phytology (1838), by Edmund Tyrell Artis. The formal study of paleobotany has roots in 1828, when Adolphe-Théodore Brongniart, known as the Father of Paleobotany, published Histoire des végétaux fossiles. A decade after this publication, Artis’ work was published.
END_OF_DOCUMENT_TOKEN_TO_BE_REPLACED
October 16, 2015byGrace Costantino
Blog Reel, Campaigns, Featured Books, Fossil Stories 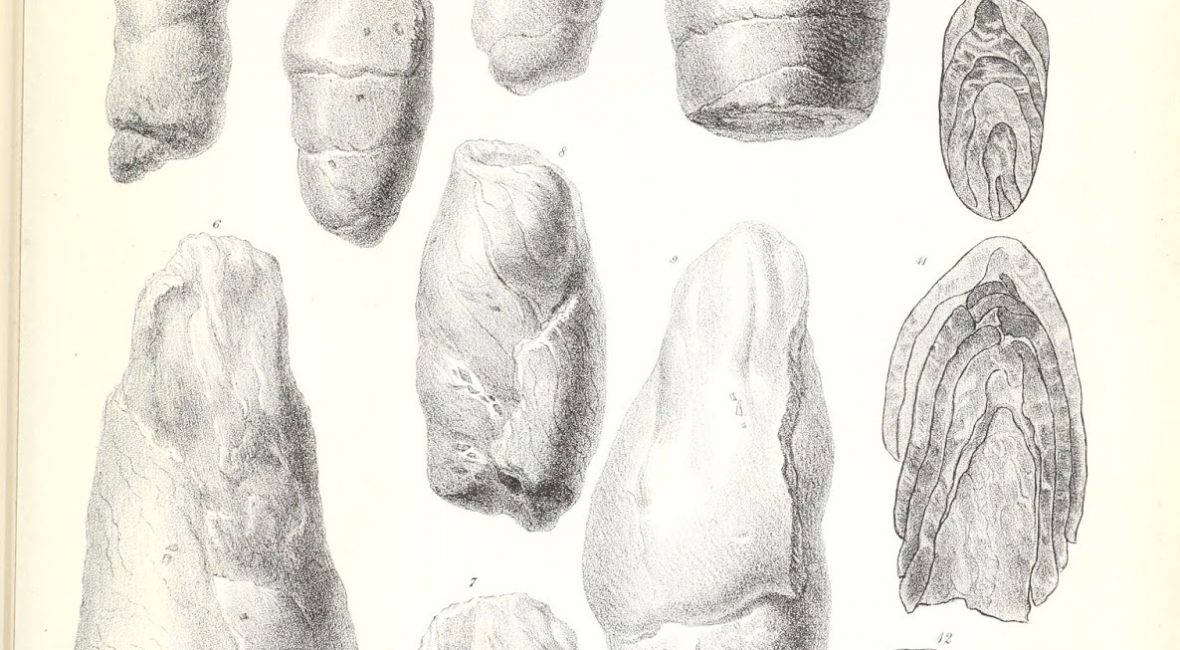 When most people think about fossils, they generally think of body fossils, which are fossilized remains of parts of an organism’s body. But there is another type of fossil: trace fossils. Trace fossils are geological records of biological activity, and they provide important insight into an animal’s behavior. One important trace fossil, which provides information about an animal’s diet, is the coprolite. That’s a fancy way of saying fossilized feces. When coprolites were first discovered, they were identified as fossilized fir tree cones or bezoar stones. Bezoar stones were undigested masses found trapped in the gastrointestinal system, and were once believed to have magical properties, capable of neutralizing any poison.
END_OF_DOCUMENT_TOKEN_TO_BE_REPLACED
October 16, 2015byGrace Costantino
Blog Reel, Campaigns, Featured Books, Fossil Stories 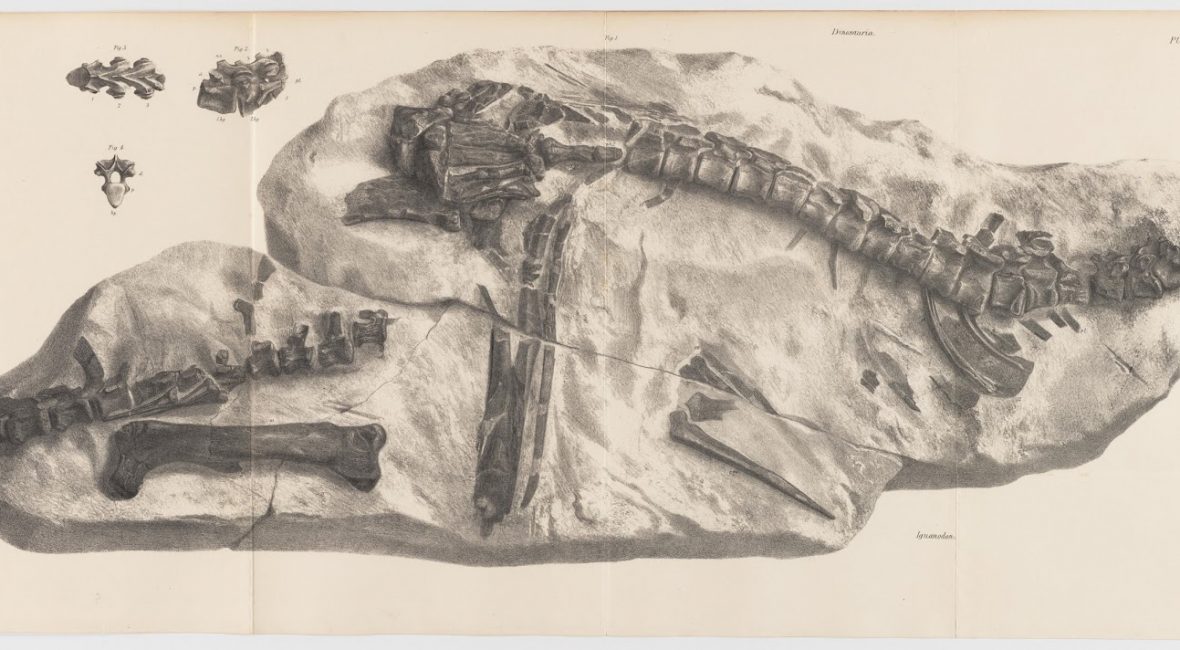 Humans have been encountering the fossilized remains of dinosaurs for millennia. The myth of the dragon, for instance, may be based on discoveries of dinosaur fossils. As an example, Chinese historian, Chang Qu mislabeled such a fossil as a dragon in the 4th century B.C.E. The concept of dinosaurs as a group, however, occurred much more recently…in the nineteenth century, in fact. The first published description of what is now known to be a dinosaur bone (but was thought to be the thighbone of a giant human at the time) occurred in the seventeenth century.
END_OF_DOCUMENT_TOKEN_TO_BE_REPLACED
October 16, 2015byGrace Costantino
Page 2 of 5«1234»...Last »