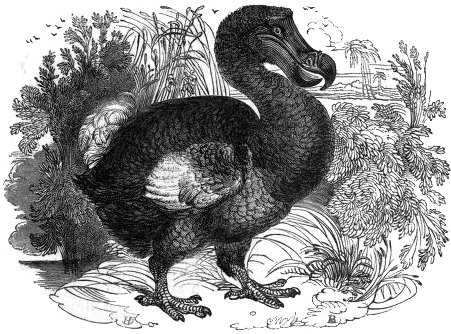 What appears to be a male Dodo bird (Raphus cucullatus) approximately 2 and a half feet tall has been discovered today, April 1, nesting among the bushes in the butterfly garden of the Smithsonian’s National Museum of Natural History. How the creature, that hasn’t been seen since the 17th century, has come to reside Washington, DC remains a mystery. Smithsonian Security was alerted to the presence of the bird by an alert tourist who heard the loud syncopated calls of the once thought extinct bird. Nicknamed “Lazarus,” the Dodo exhibits a friendly curiosity about humans, clearly enjoying the excitement and attention its presence is generating.

Orthinologists and evolutionary biologists from around the world are currently pouring into Washington to investigate.

The description, by Linnaeus, can be found in the 1766 edition of Systeme naturae.

A few of illustrations of the Dodo from the BHL can be found here:

Of particular interest is this short article by John V. Thompson. “Art. IV. Contributions towards the Natural History of the Dodo (Didus ineptus Lin.), (Fig. 107.) a Bird which appears to have become extinct towards the End of the Seventeenth or Beginning of the Eighteenth Century” in Magazine of natural history and journal of zoology, botany, mineralogy, geology and meteorology (volume 2, 1829), pp.442-48. At the time the article was written, there was still debate on the topic of extinction and if species known to contemporary humans could cease to exist. Thompson’s article also includes an overview summary of the then known history of the Dodo.

Learn more about life at the Biodiversity Heritage Library! 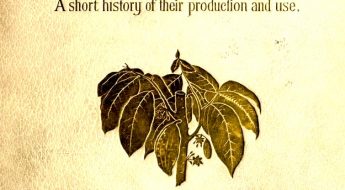 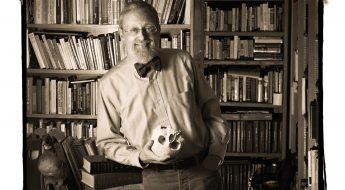