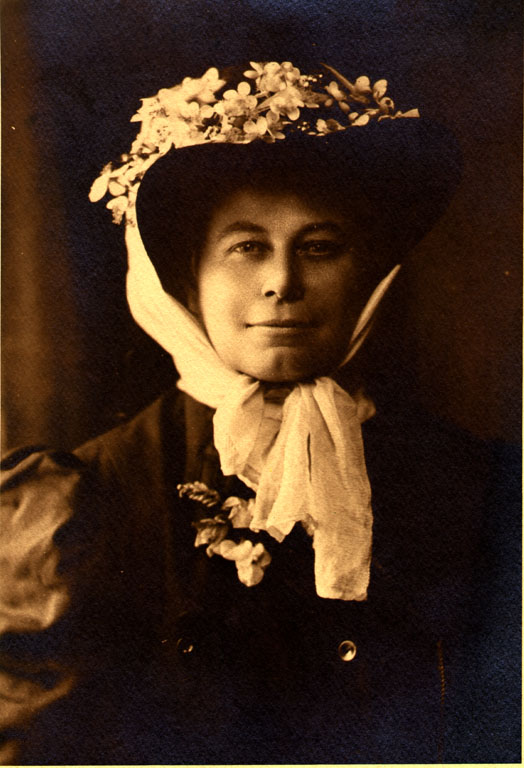 As BHL is celebrating Women’s History Month by featuring women of science, I could not resist shining a light on Alice Eastwood, one of the California Academy of Sciences’ early female curators. Born in Toronto in 1859, Alice Eastwood spent her teenage years in Denver, Colorado. She proved to be a bright and capable student, embarking on a career as a schoolteacher, but she spent her leisure hours exploring the flora around her. She was a self-taught botanist, using the few books available to her, including Asa Gray’s Manual of the Botany of the Northern United States and John M. Coulter’s Manual of the Botany…of the Rocky Mountain Region. A visit to the California Academy of Sciences in 1891 led to a job offer, and the following year Eastwood left her teaching job in Colorado to assume a curatorship in the Academy’s Department of Botany.

The California Academy of Sciences was not yet 50 years old when Alice Eastwood began her work there, and she oversaw tremendous growth of the Herbarium. Much expansion came from her own collecting activities throughout California, Utah, and Colorado. She is remembered as an exceptional woman of her time, exploring regions of the West that made for difficult traveling, negotiating unfavorable terrain in long skirts, and even fashioning a skirt that could be buttoned in the center to make pants. One unconventional act as Curator was to segregate the botanical type specimens rather than keeping them with the rest of the collection. This proved to be a prudent decision. On April 18, 1906, a massive earthquake struck the region, followed quickly by fires that burned for three days and ravaged the city. Over 500 city blocks were consumed and over 28,000 area buildings were destroyed, including the California Academy of Sciences. Following the quake, Eastwood and a small group of Academy staff and curators convened to save whatever they could from the coming fire. Since the type specimens were housed together, separate from the rest of the Herbarium, Eastwood was able to save 1497 irreplaceable botanical types while the rest of the collections were lost. She worked tirelessly over the subsequent days, moving the specimens around the city to keep them safe, protecting them while her own home and possessions were lost in the blaze. 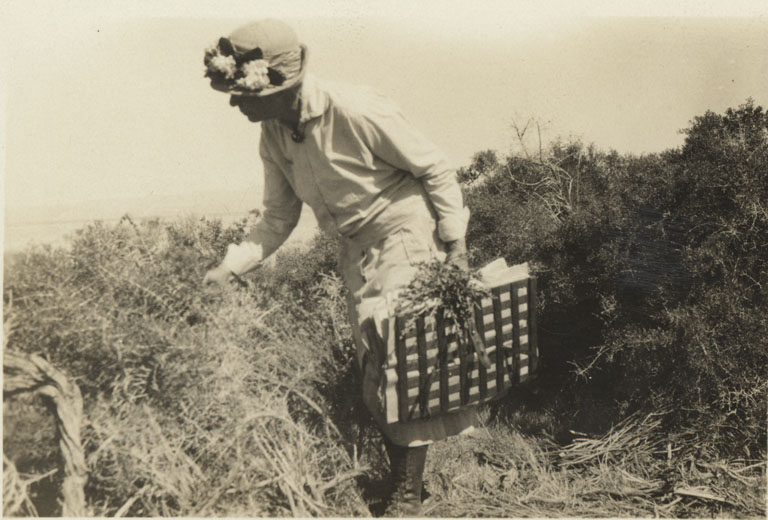 While Alice Eastwood is perhaps best known for her heroism during the earthquake and fire of 1906, that event occurred near the beginning of her long scientific career. While the Academy rebuilt in San Francisco, she visited herbaria all over the United States and abroad, and commenced collecting as soon as possible, traveling throughout the West, even collecting in Alaska. By the time of her retirement in 1949 at the age of 90, the Herbarium contained over 350,000 specimens and Eastwood had over 300 publications to her name. She also served as an editor of the journals Zoe and Erythea, and co-founded the publication Leaflets of Western Botany.

Alice Eastwood died in San Francisco in 1953 at the age of 94, and she is remembered as an inspiring scholar and tireless advocate of Western botany. California hikers may encounter Eastwood’s memory in the yellow aster (Eastwoodia elegans) as well as in many members of the phlox family (genus Aliciella), which are among the plants named in her honor. Anyone interested in learning more about Alice Eastwood is encouraged to visit her publications in BHL and the finding aid to the Alice Eastwood Papers at the California Academy of Sciences. 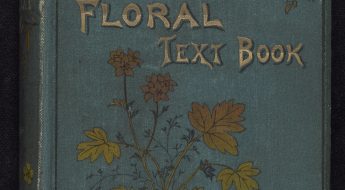 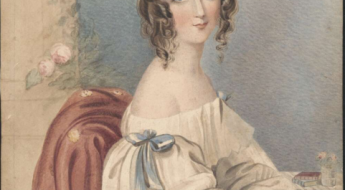 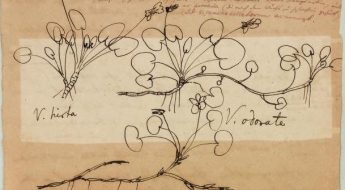