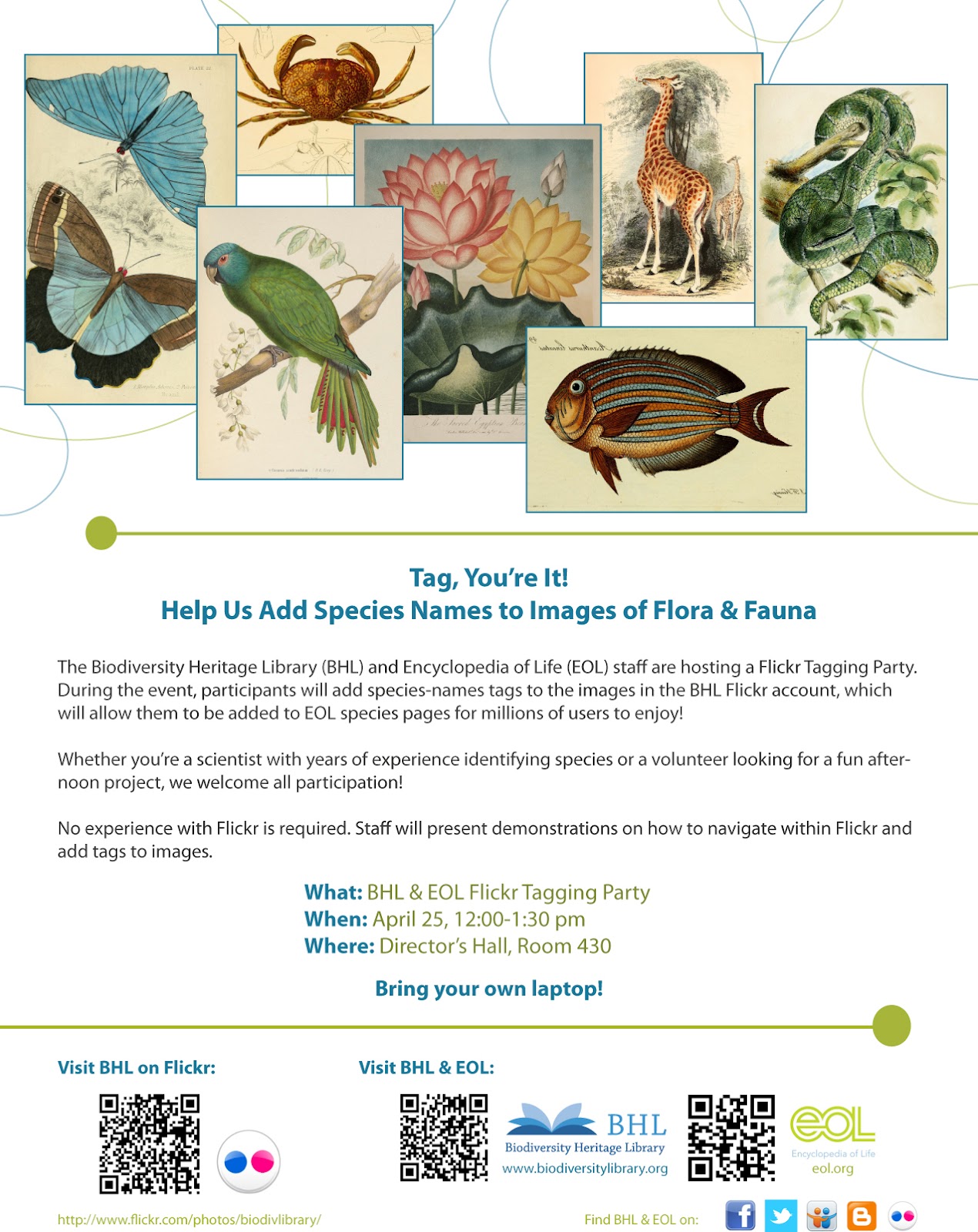 BHL has over 49 million pages of taxonomic literature, freely available worldwide to anyone with an Internet connection. But if you think BHL is just about text, you’ll be pleasantly surprised. BHL books also contain thousands of gorgeous natural history illustrations from the past 500 years. We wanted to provide better access to these images, and thus the BHL Flickr was born. BHL’s Flickr currently contains more than 100,000 images.

The Encyclopedia of Life, with which BHL is closely associated, is an online encyclopedia dedicated to creating a web page for every species on earth. These pages contain information about each species, links to mentions of those species in BHL, distribution maps, and a myriad of media, including images. EOL harvests many of their images from Flickr, including BHL images that are tagged with a species name machine tag. See an example of an EOL species page with a BHL image here.

Machine tags are tags specially formatted to allow machines to read and understand them. For EOL, these tags tell machines which species (or other taxonomic designations) are depicted in each image. The format for EOL machine tags is “taxonomy:binomial=Genus species”. You can replace “binomial” with another taxonomic tag, such as “genus” or “family”, if you can only identify the organism at that level. Learn more about the Flickr tagging process and machine tag formats in our previous blog post.

While BHL is working on ways to automatically add species tags to images in Flickr (learn more in the post about our recent NEH grant), the process is currently a manual one, requiring users to identify the species in each image with a taxonomic machine tag so that it can be ingested into EOL and associated with the correct species page. With over 100,000 images in the BHL Flickr, staff need help to get these images tagged. To facilitate this process, staff decided to call on the power of the masses and host a Flickr tagging party at the Smithsonian Institution.

Smithsonian employees were invited to gather on April 25th, 2012, for a 1 1/2 hour meeting at which BHL and EOL staff gave overviews of their respective projects and instructions on how to add taxonomic machine tags to BHL images. After a brief tutorial (see the tutorial on the EOL Flickr page), guests were encouraged to begin tagging images from a prepared list of books. Users run into a variety of challenges when tagging images, including outdated species names (users are encouraged to tag images with more modern names), plates without species names, and names in foreign languages or in fonts that are difficult to read, among other things. While the books identified on the prepared list were selected to minimize these difficulties, attendees nevertheless unavoidably encountered many of these issues. Thus, BHL and EOL staff were positioned throughout the room to provide assistance when needed.

The tagging party was an overall success and excellent learning opportunity for both guests and staff. Approximately 170 images were tagged by the 23 attendees. A slightly high tag error rate has prompted staff to refine instructions and develop a simpler format for future events. Additionally, a survey was sent to attendees to allow staff to identify further areas for improvement.

Staff hope to host many more of these events. Incorporating changes based on lessons learned during this first attempt, several more staff parties are planned for the coming months. Later this summer, staff plan to host an event for a natural history society in the Washington, D.C. area before finally hosting the first public tagging party, most likely stationed at the Smithsonian Institution. If you’re interested in learning more about tagging Flickr images or perhaps participating in future public events, send us feedback. Be sure to check back on our blog regularly for more information about Flickr, EOL, and machine tags! 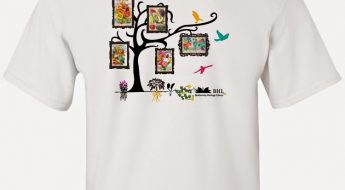 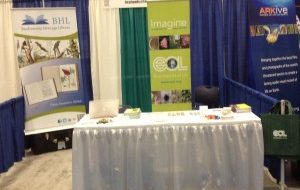 BHL and EOL at the Ecological Society of America 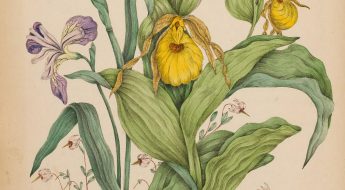