Building on the previous BHL Blog post by Clare Flemming, on the controversial and vitriol-laced “Bone Wars” between well respected paleontologists Edward Drinker Cope and Othniel Charles Marsh, the Book of the Week this week actually focuses on two items. To be more exact, two versions of the same item.

Synopsis of the Extinct Batrachia, Reptilia and Aves of North America by Edward Cope, published in Volume 14 of the Transactions of the American Philosophical Society, is arguably the most famous item either paleontologist published, not due to its academic qualities but because it exemplifies and magnifies how the competition between the two men and the rush to publish led to major errors by both. Here is how Plate II from the Synopsis of the Extinct Batrachia… was first printed: 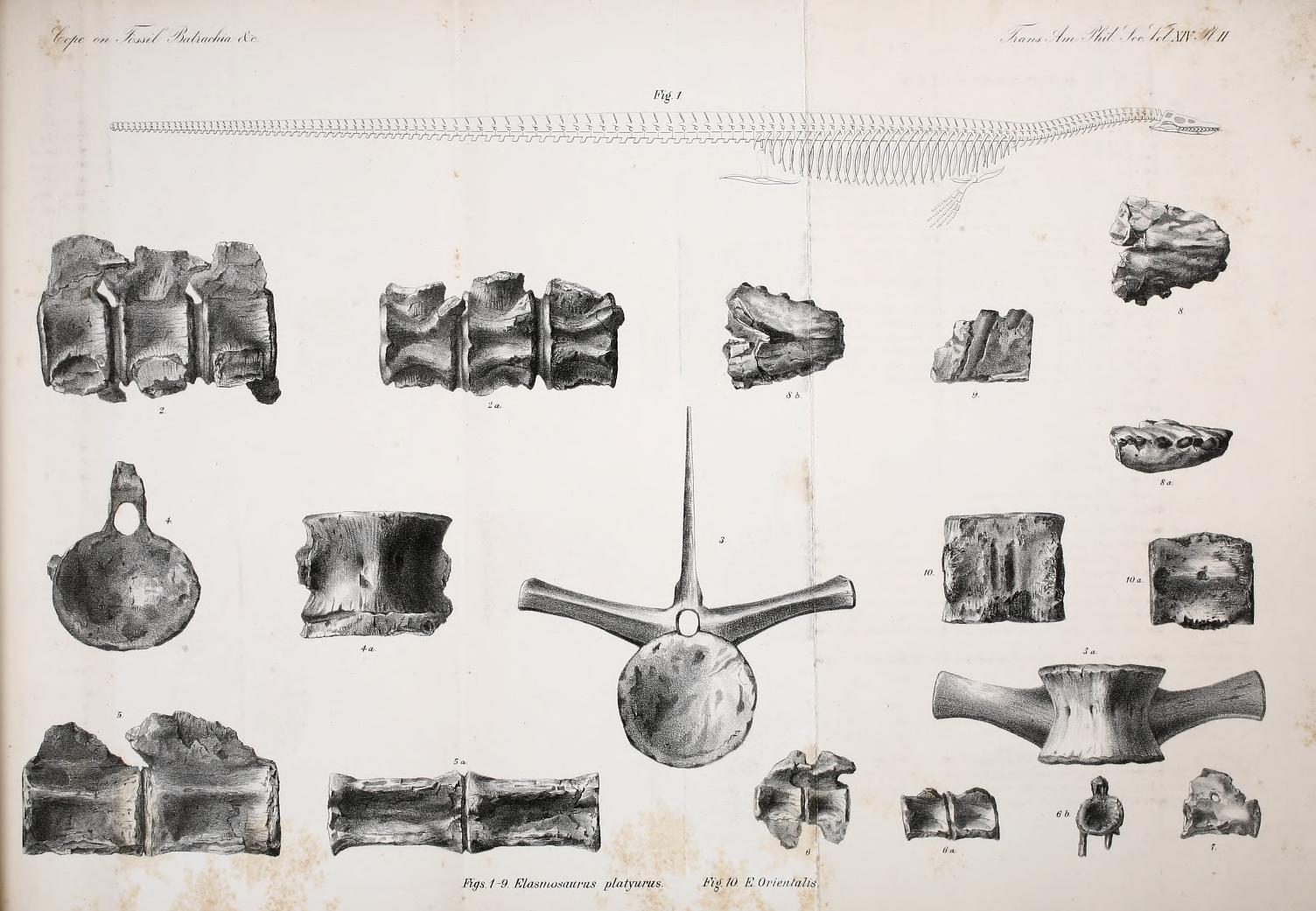 This is how it was re-printed after an error was discovered: 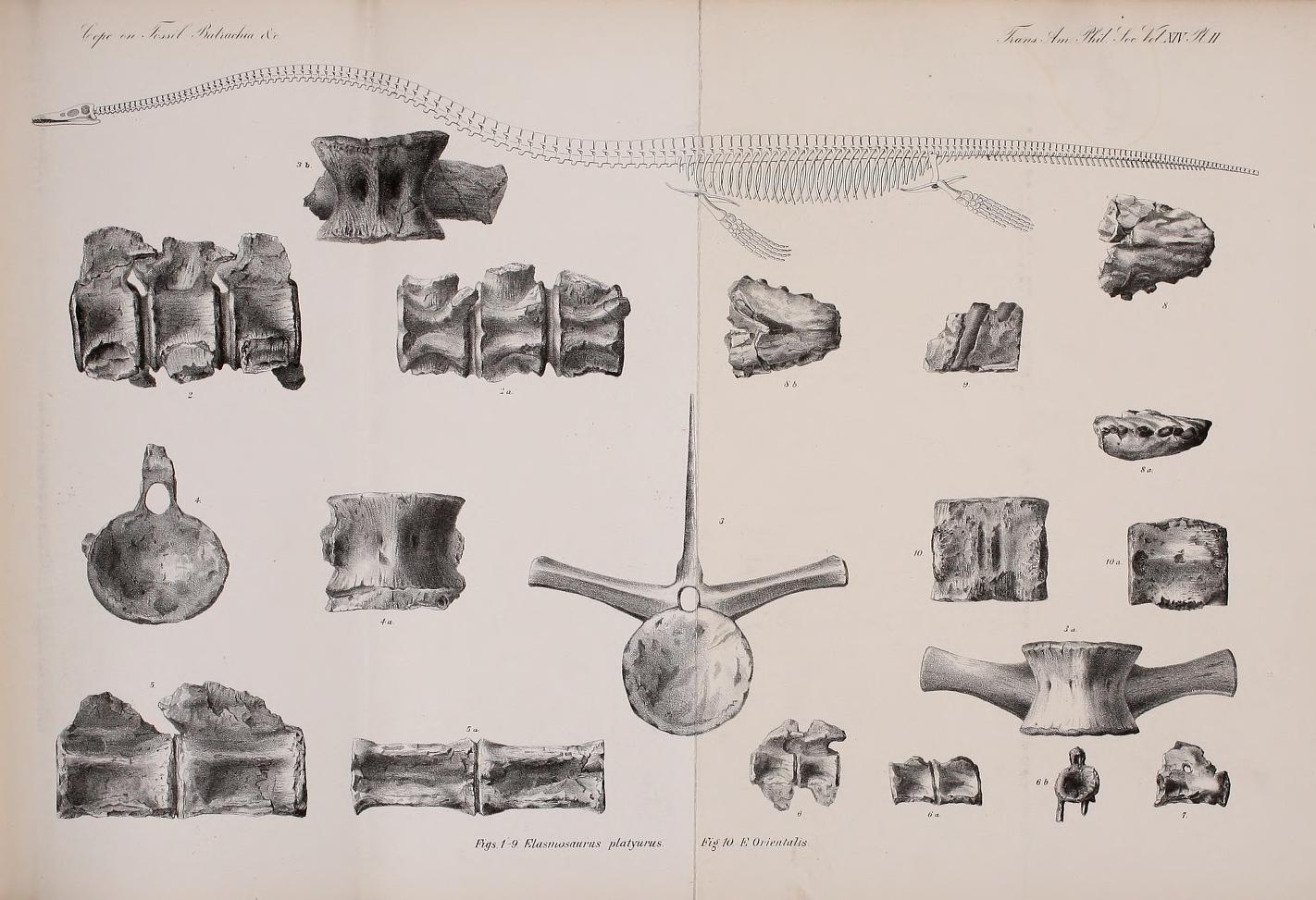 Do you see the difference?

That’s right, Cope’s reconstruction of the plesiosaur Elasmosaurus has the head on the wrong end of the dinosaur! Marsh pointed out the error soon after Cope had (too quickly) published his results. Cope and Marsh, in order to settle their argument asked, Joseph Leidy, the Father of American Vertebrate Paleontology himself, to examine the fossils and he declared that Marsh was most likely correct that Elasmosaurus has a long neck and a short tail, not the other way around as Cope had proposed. Cope was so utterly humiliated that he attempted to purchase every copy of the journal he could hunt down with the incorrect illustration and to release an updated version with the correct head placement. However, he couldn’t get his hands on all of the original erred copies (Marsh, of course, had his own copy) and the error was publicized, surely to the great satisfaction of Marsh.

Thus, the Bone Wars had begun as the rivalry between the two men continued to intensify and only ended after the death of Cope in 1897.

The rivalry between the two men showed both sides of the academic coin in the field of paleontology at that time. While both men succeeded in advancing the field of paleontology, they also produced a negative reputation in the eye of the public that witnessed the ugly rivalry unfold in the pages of newspapers and scientific journals across the country.

Check out the images from the first copy of Synopsis of the Extinct Batrachia, Reptilia and Aves of North America at BHL Flickr. Also, take a look at all the items available at BHL authored or coauthored by Cope or Marsh in the BHL Bone Wars Collection and a select collection of books by Marsh and Cope at the new Bone Wars iTunes U Collection!

Book of the Week: Amphibians and Reptiles Galore! 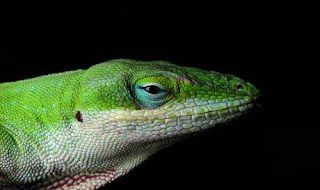