A great participation in Beijing, China.

Nǐ hǎo! Last month, I attended the Annual Meeting of the Biodiversity Informatics Standards Organization (www.tdwg.org), one of my favorite meetings of the year because it provides a thorough view of the current advances in the field of Biodiversity Informatics.  TDWG 2012 was hosted by the Chinese Academy of Sciences in Beijing, China, on Oct. 22-27.

This meeting was particularly relevant for the Biodiversity Heritage Library because of its role: “Toward an International Infrastructure for Biodiversity Information“. Personally, this was my first time involved as Technical Director of BHL and therefore, I wanted to get as much as possible from the opportunity, sharing the technical work that all my BHL colleagues around the world have done this year and conveying the message of the new challenges that BHL will follow.

I arrived on Saturday and attended the TDWG Executive Committee Meeting all Sunday.  On Monday, Oct. 22nd, after the formal opening and introductions and a warm welcome by the hosts and TDWG officials, the Plenary speaker, Dr. Robert Robbins, presented on “How Diverse is the Biosphere? New Tools, Recent Discoveries, Huge Implications,” followed up by several paper presentations that addressed different topics on biodiversity information standards, organization of genomic data, aggregation efforts, regional initiatives and developing technologies.  I presented on the work done by our colleague Trish Rose-Sandler to define the functional requirements for a repository of citations as improvements to our existing infrastructure in The BHL and  bibliographic citations and commented on our plans in BHL towards new services in support of a Global Names Architecture.

On Tuesday morning, at the “Biodiversity database and journal interface in e-publication era” Symposium, we enjoyed a talk titled “From Taxonomic Literature to Cybertaxonomic Content” based on a paper that our former BHL Program Director, Tom Garnett and our former BHL Technical Director, Chris Freeland, co-authored in BMC Proceedings with several other colleagues from different institutions, including Dr. Cynthia Parr from Encyclopedia of Life (EOL).

Closing Tuesday morning, the JRS Biodiversity Foundation and the Belgian Cooperation for Development sponsored the African Biodiversity Information Symposium.  It was great to see there, among other presenters, two of our colleagues who participated last year in the JRS Africa Digitization Workshop in Chicago (previous to the Life and Literature Conference): Dr. Alex Asase, from the Department of Botany, University of Ghana was presenting on “Developing biodiversity informatics infrastructure to support conservation of plant diversity in Ghana” and Lucy W. Wauringi, from Africa Conservation Center in Kenya, presented on “Building Biodiversity Information Networks for the compilation of Kenya’s Natural Capital”.  Dr. Asase was also present at the BHL Africa Meeting earlier in June of this year at SANBI.

Tuesday afternoon, I was invited to present at the Institute of Botany of the Chinese Academy of Sciences (CAS) on the latest Global BHL developments and learned about this year’s activities and future plans for the next two years with BHL-China and the National Specimen Information Infrastructure.  Dr. Hong Cui, Assistant Professor at the University of Arizona, was also invited to present on Semantic Annotation, Ontology Building, and Interactive Key Generation from Morphological Descriptions and she was also extremely kind to help out with the language barrier throughout all the meeting.

Wednesday morning started with personal recollections from the organizers and participants in honor of the late Dr. Frank Bisby.  Following the remembrance, the Plenary Speaker, Dr. Li-Qiang Ji from the Institute of Zoology, CAS, presented the Bisby Core – a Taxonomic Data Transfer Standard for the Multiple Taxonomy Environment.  The last hour and a half of Wednesday morning was dedicated to the poster session where I had the opportunity to represent my colleagues’ work on the Art of Life project.  Funded by NEH, this multi-institutional project involves participation from the Missouri Botanical Garden, the University of Colorado Boulder, the Indianapolis Museum of Art and other BHL partner institutions.  I was glad to see such great interest in improving access to millions of digital images demonstrated by several of the participants who approached the poster session.

On Wednesday afternoon, Jiří Frank, from the National Museum Prague, a member of BHL-Europe, lead the Workshop “Global dissemination of natural history content via Biodiversity Library Exhibition (BLE)” where I contributed with a small introduction to Global BHL and Dr. Fenghong Liu from the Institute of Botany of the Chinese Academy of Sciences, presented BHL China’s Latest Progress. Jiří gave an interesting Introduction to the BLE platform from the user perspective.

Thursday morning, Dr. Zheping Xu introduced an interesting paper on the “Biodiversity Information Service in China: The Architecture and Techniques” and Cynthia Parr presented case studies from her experiences at EOL, with Katja Schulz and Jennifer Hammock, on “leveraging an international infrastructure“.  Later in the afternoon, I was invited to present at the Biodiversity for Cooperation and Development Interest Group session on BHL Africa, as a way to evaluate how to work together for a coordinated project on biodiversity literature digitization towards development of digital libraries.

Finally, during the Lighting Talks on Friday, Janna Hoffman, from the Museum für Naturkunde Berlin, a BHL-Europe member, presented on Open Up! paleontological multimedia data for the public.  I also took the opportunity to give a short talk reminding all attendees interested in contributing to the Art of Life Schema to please send us their feedback.
As the meeting came to an end, with a feeling of having attended a very fruitful and busy event, where Global BHL staff was definitely present and very active, we all said goodbye, hoping to meet again next year during TDWG 2013 in Florence, Italy.  By the way, next year’s Chair of the Program Committee will be our colleague of BHL-Europe, Heimo Rainer, from the Natural History Museum of Vienna!

And for those of you interested in reading more in depth about any of these topics, I invite you to look at the TDWG 2012 program in more detail and browse through the presentations linked here: http://www.tdwg.org/fileadmin/2012conference/slides/TDWG_2012_Presentations.pdf.

Until the next one, Xièxiè! Ciao! 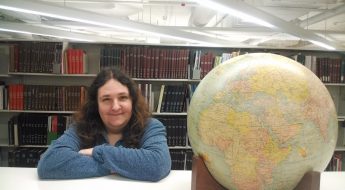 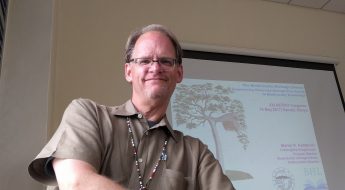