Things That Go Burp In the Night

A Tribute to the Nighthawk and “Whip-poor-will”

Imagine away the accumulated knowledge of the past 250 years. Forget that there is such a thing as a field guide. Let google vanish from memory.

And put yourself into the forest primeval of southeastern North America on a warm summer night in the middle of the eighteenth century. Above the rasping of the cicadas and the creaking of the tree crickets, beyond the yowls and hoots and delicate whistles of the owls, you hear the strange syncopated whistles of what has to be a bird.

The first scientific attempts to sort out the disembodied voices of the American night were made three centuries ago by Mark Catesby, the great English natural historian who spent the years 1712 to 1719 traveling through the American wilds from Virginia to the Bahamas.

In the published account of his explorations, The Natural History of Carolina, Florida and the Bahama Islands, Catesby reports a bird he names The Goat-Sucker of Carolina; the painting shows a brown, vaguely spotted bird standing on the ground, its grotesquely huge mouth agape and about to swallow a mole cricket.

Says Catesby, “this Bird agrees with the description of that in Mr. Willoughby … of the same name, except that this is somewhat less” than the 10 or 12 inches Francis Willoughby gives as the length of his, the European, goat-sucker.

Catesby’s American bird is “very numerous,” he writes, and in Virginia and Carolina people call it the “East India Bat.”

Absent an early specimen, Catesby’s painting serves as the type of the species, which is now assigned to the genus Antrostomus and known in English by the echoic name Chuck-will’s-widow.

Only trouble is, neither Catesby nor Gmelin actually describes a Chuck-will’s-widow. Here Catesby, on the sounds produced by his Goat-Sucker of Carolina:

Their Note is only a screep; but by their precipitating and swiftly mounting again to recover themselves from the ground, they make a hollow and surprizing noise …. like that made by the wind blowing into a hollow vessel….

And here Gmelin, on the wing pattern of his Caprimulgus carolinensis:

This is obviously a reference to the odd oblong white patches visible on the underside of the left wing in Catesby’s painting—patches that, together with Gmelin’s plumage description and Catesby’s account of the bird’s voice, make it evident that both the Goat-Sucker of Carolina and Caprimulgus carolinensis in fact originally name, at least in muddled part, not the Chuck-will’s-widow but the Common Nighthawk, a familiar but sadly declining species in eastern North America, identified by the white bar across its outermost primaries and the whooshing, whirring boom made by its wingtips in a dive.

In 1746-47, Mark Catesby issued an Appendix to his Natural History. Among the additional birds illustrated there is The Whip-poor-Will; Catesby’s text quotes at length from a letter sent to him by the Virginia physician John Clayton.

Clayton, a distinguished botanist and natural historian himself, contributes a fine description of the bird’s strangely accented chanting song, and also records the poignant belief of “the Indians [that] these birds were never known ‘till a great massacre was made of their countryfolks by the English, and that they are the Souls or departed Spirits of the massacred Indians.”

Catesby’s own words are more problematic. Much of his plumage description clearly applies to the Eastern Whip-poor-will, but then, fatally, we learn that the “quill feathers of the wing are of a dark brown colour, except a broad white list [=contrasting stripe] crossing five of them on the middle of each wing.” This is, once again, the distinctive wing pattern of the Common Nighthawk, and Catesby’s painting clearly combines the pointed, white-barred wings of that species with the long, rounded tail and extravagant rictal bristles of the Eastern Whip-poor-will.

Like his Goat-Sucker of Carolina, this illustration, too, served as the type “specimen” for a later taxonomer. In 1771, Johann Reinhold Forster assigned the Linnaean name Caprimulgus minor to what he called in English the Lesser Goatsucker—giving as his authority “C.III.16,” an unequivocal citation to the “Whip-poor-will” on Plate 16 in Catesby’s Appendix.

There things stood until Alexander Wilson took the birds into his own hands—quite literally.

Wilson, the bicentennial of whose death we celebrate this year, determined to “divest” the North American nightjars of the “considerable obscurity” promulgated by Catesby, George Edwards, Thomas Pennant, and “many of our own citizens and … some of our naturalists and writers.”

Wilson solved the riddle in a thoroughly straightforward way, shooting and carefully dissecting nineteen of the controverted night birds. Those that

dart about in the air like Swallows, and sometimes descend with rapidity from a great height, making a hollow sounding noise like that produced by blowing into the bunghole of an empty hogshead …. All corresponded in the markings and tints of their plumage … evidently of the same species….

shot in the evening, while in the act of repeating his usual and well-known notes…. was found to … [differ] in many remarkable particulars…. Three others were shot… all four were evidently of one species [different from the first birds].

Wilson goes on at length to describe the differences between the first set of specimens—which were Common Nighthawks—and the second—Eastern Whip-poor-wills—concluding that it is “impossible to withstand the conviction, that these two birds belonged to two distinct species….” Wilson ends in a note of triumph:

these facts having been laid before Mr. Bartram, together with a male and female of each of the above-mentioned species … that venerable naturalist was pleased to declare … that he had no doubt of the Night Hawk and the Whip-poor-will being two very distinct species….

William Jardine, in his posthumous edition of the American Ornithology, signaled Wilson’s detective work as one of the author’s great accomplishments. But not all American ornithologists saw it the same way. Audubon, reluctant as so often to acknowledge Wilson’s attainments, wrote in the Ornithological Biography that he “had known both birds from [his] early youth,” and, more snidely still, that he had “seldom seen a farmer or even a boy in the United States, who did not know the difference between them.”

Those must have been exceptionally learned farmboys. It took a full century, from Catesby’s arrival in America in 1712 to Wilson’s Ornithology of 1812, for science to work out the voices of the night. And the unraveling continues even today: 2010 saw the split of the Whip-poor-will into two species, and in 2012—three hundred years after Catesby’s arrival in North America, 200 years after Wilson’s unveiling of the “real” Whip-poor-will—both the Chuck-will’s-widow and the whip-poor-wills were moved from the Linnaean genus Caprimulgus to Charles-Lucian Bonaparte’s Antrostomus of 1838. The night still holds its secrets. 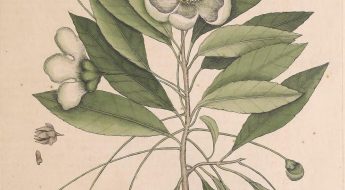