Ophidiophobia is the irrational fear of snakes–those slithering, scaly reptiles that have been cast as the archetypal villain throughout history. Their unnatural movements and eerily flexible jaw joints do nothing to lessen their evil reputation. And even though the likelihood of encountering a snake is low, ophidiophobia is one of the most pervasive phobias in the world, making the famous question posited by Indiana Jones a fitting query, “Why did it have to be snakes?” In this week’s Book of the Week, we explore the notoriety and reality behind this cringe-worthy and feared animal in Doris Cochran’s “Poisonous reptiles of the world.”

Despite the improbability of encountering a snake in the wild, there is still good reason to be afraid. Of the almost 3,000 varieties of snake species, about a third are deadly–killing prey with a venomous bite, squeezing victims to death, or, truly poisonous snakes known by the genus Rhabdophis, that carry a toxin to be absorbed indirectly.

But Cochran did not see a significant need for concern, especially in the United States where only one-sixth of the native snake population is dangerous, noting that “In the Untied States alone automobiles kill more than 30,000 people annually, snakes probably 160; for every person killed by a snake, 200 die in automobile accidents.” Granted, that was almost 80 years ago, but the statistics haven’t changed much over the years.

There is at least one species of venomous snake indigenous to each of the 48 contiguous United States–belonging to two major groups, Elapidae or Viperidae.

The Elapidae group, most commonly represented by coral snakes, is similar in appearance to many harmless snakes. The North American variety rarely exceeds three feet in length and is commonly found in Southern states from North Carolina to the Gulf. To deliver its deadly bite, the short, vertical fangs must fully impale the victim’s flesh. While characterized as “sluggish” and “gentle” when handling, coral snakes tend to strike suddenly, leaving behind an almost imperceptible mark. The small impressions left by the attack can lead to neglect in dealing with the venom, often with deadly consequences.

Pit vipers have a more threatening name, a more notorious reputation, and outnumber the Elapidae in the United States with more than 35 species and subspecies recognized. The Viperidae group includes rattlesnakes, massasaugas, copperheads, and cottonmouths and have greater variety in physical attributes than found in the coral snakes.

The way pit vipers go after prey is most accurately described as a strike. North American snakes never jump completely off the ground during an attack, with the snake wrapped in an S position, leaving the posterior grounded for greater leverage. This allows for the body weight to drive the hollow fangs deep into the victim’s tissue, sometimes even breaking off and remaining in the wound, only to be regrown by the snake in several days. If a handler wished to remove all the fangs, rendering the snake harmless, the upper jaw would be so damaged that the snake would likely die. The venom is distributed by a tube connecting a specialized salivary gland in the jaw to the hollow tooth on the movable maxilla, and ultimately to the blood stream of the prey.

If a person is extremely unlucky, and circumstances align in such a way that a snake is encountered in the wild, and during that brush with danger the unlikely scenario occurs in which the snake attacks and venom is delivered, what happens next can vary widely, but consistently does not tend to be pleasant.

All venoms contain several toxins, the most important of which are the hemorrhagins and the neurotoxins. The hemorrhagins constitute the chief toxic elements of the venom of rattlesnakes and most of the other pit vipers while the neurotoxins characterize the venom of the coral snake and its relative the cobra. These venoms can coagulate blood within seconds, paralyze the respiratory system, or attack the nervous system, but common symptoms include blurred vision, convulsions, dizziness, fever, nausea, numbness, swelling, and weakness.

The effects of even a chance encounter with a snake are not encouraging. Despite medical advancements since this book’s publication, the standard recourse for a snake bite remains the same: get thee to a hospital! And if you weren’t sympathetic to Indiana Jones’ ophidiophobic plight in his adventures prior to reading this post, perhaps you are now.

For more information on the snakes described in Cochran’s “Poisonous reptiles of the world” and other creepy crawlies that pose a threat, check out this great virtual exhibit from our BHL-Europe colleagues on all things poisonous in nature. 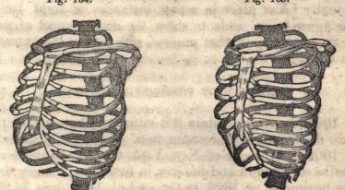