This year is the National Park Service’s Centennial anniversary. In recognition, we thought we would take a look at one of the geological surveys that inspired the founding of Yellowstone National Park. In recent months, researchers in increasing numbers have looked for specimens and field documentation relating to Yellowstone, specifically from the Hayden Geological Survey of 1871. This survey is important for a number of reasons. It was the first federally funded survey, and was instrumental in introducing the American public to Yellowstone’s natural wonders. It inspired Congress to establish Yellowstone as the first national park in 1872.

Smithsonian is a repository for specimens and documentation from the Hayden Geological Survey and numerous others relating to the U.S. territories during the nineteenth century. However, it can be surprisingly challenging to find the documentation and specimens from these surveys. This challenge is not unique. Any researcher who has worked with historic material can attest to the challenges of locating materials as decades and centuries pass. Smithsonian Institution was the main repository for the Hayden Geological Survey, but field notes and specimens can end up in many other places. Expedition members may have taken specimens and documentation back to their home institutions, specimens may have been loaned to researchers, others may have been kept as personal mementoes.

The Hayden Survey of 1871 provides an example, because it not only demonstrates the importance of the primary documentation (these specimens and field notes provide a baseline of description for studying Yellowstone’s changing environment), but also how documentation scatter, even when it relates to such a well-known survey. The challenges discussed are prime reasons Natural Sciences institutions around the world are working diligently to make their materials and description available online, so that even if the materials are physically separated, they can be reconnected digitally.

Where are the specimens?

Leslie Hale, Curator at the Division of Mineral Sciences, National Museum of Natural History, shared some of her experience trying to locate these materials for researchers. “By all accounts, every rock they picked up on every Yellowstone expedition of the 1870’s allegedly came here. But I have only located a few drawers full…. I have been able to identify rocks collected in [subsequent Hayden surveys] ’72, ’73, and ’78, but none that I am certain are from that so-important first trip in 1871. There are specimen labels, but that’s it, no field notebooks or any other ancillary documentation.”

It turns out that the specimens can have a pretty interesting journey of their own, due to changing norms in scientific disciplines and institutions over the decades. During much of the Smithsonian’s history, curator positions could be honorary and thus not always a paid position. Leslie shared, “It was not uncommon for them [curators] to remove specimens as payment. I believe that is what happened to most of these specimens.”

So where are these specimens now? Some went to other institutions, most likely with Survey participants. Some are now in private collections as some institutions have sold off portions of their rock and mineral collections (as did, for example, the Philadelphia Academy of Sciences in 2011).

Where are the field notes?

Hayden used his field notes to compose an extensive report that described the expedition work in the Yellowstone area during 1871. The notes were subsequently lost. This loss has been particularly troubling since other publications prepared from the field notes or Hayden’s personal recollections years later contain errors that cannot be checked against the original source.

Luckily other field notes and letters from the expedition exist. However these cannot provide as full a picture as the expedition leader’s notes. In 1999, a book was published by University of Nebraska Press entitled Yellowstone and the Great West: Journals, Letters, and Images from the 1871 Hayden Expedition, which pieced together a description of the expedition from the diaries of George Nelson Allen (geologist) and Albert C. Peale (mineralogist) and correspondence by expedition members. In order to create a comprehensive narrative, Merrill (the book’s editor) relied on correspondence from expedition members found in numerous archives across the country, including the Library of Congress, U.S. Geological Survey Field Registry Library (Colorado), National Archives, Academy of Natural Sciences in Philadelphia, and Oberlin College Archives (Ohio) just to name a few.

This published work only serves to demonstrate how much was lost with Hayden’s notes. According to a review published during 2000 in ISIS, a journal of the history of science society, the selected diary entries and correspondence demonstrate that Hayden was significantly involved in the expedition’s scientific work, far more than initially believed. The fate of Hayden’s field notes was not unique for the survey. Journals from the survey in general are difficult to locate or were also lost. According to the book’s preface, Allen’s and Peale’s journals are the only known unpublished journals to still exist.

Where are the publications?

In 1872, Hayden used his field notes to compose a single report covering the 1871 survey, entitled Preliminary report of the United States Geological Survey of Montana, and portions of adjacent territories : being a fifth annual report of progress, which is available in Internet Archive and will shortly be available in BHL. His final report documented several years’ worth of his surveys in the field.

Also available through BHL is a Catalogue and index of the publications of the Hayden, King, Powell, and Wheeler surveys (1904), which provides a list of publications relating to the study of specimens in numerous fields collected during the Survey.

The rest of the story…

The survey of 1871 was one of several that Hayden directed as part of the U.S. Geological and Geographical Survey of the Territories during 1867-1879. He was one of four men, (Clarence King, George Wheeler, and John Wesley Powell) who defined exploration of the western U.S. territories during the 1860’s and 1870’s. Reports describing his explorations and those of Powell, Wheeler and King can be found on the Biodiversity Heritage Library.

Primary source materials from later Hayden surveys to Yellowstone can be found in Smithsonian Institution holdings, including The William Henry Holmes autobiography (typewritten manuscripts detailing Holmes’ life and work), which are held by the American Art and Portrait Gallery Library. Holmes was appointed as the artist-topographer on the Hayden Survey in 1872. In 1874 he was appointed assistant geologist, and he served in this capacity during the 1878 Hayden Survey. Two of Holmes’ volumes have been digitized and are currently available in Internet Archive (vol. 2 | vol. 3). The third volume specifically deals with the 1872 and 1878 Hayden Surveys. Both volumes will be added to the BHL collection soon.

The story of the 1871 survey highlights the risks to documentation, even from a historically important expedition that appealed to the public of its day and produced important changes in the nation, including our first national park. Documentation can end up in seemingly disparate locations; through online consortiums these materials are being made available in new ways, restoring important historic context, sometimes lost for decades. 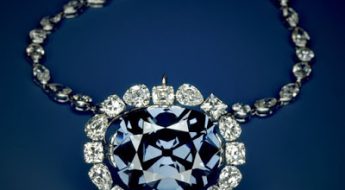