How can data analysis help us improve our social media activities?

This was the fundamental question BHL’s Outreach and Communication Manager, Grace Costantino, sought to address during her two-day meeting with Ryerson University’s Social Media Lab, Sept. 29-30, 2014. As co-participants in the Mining Biodiversity Digging Into Data project, BHL has been collaborating virtually with Dr. Anatoliy Gruzd, the Lab’s Director, since early 2014. The Social Media and Society 2014 conference, organized by the Lab, offered an ideal opportunity for Ms. Costantino and Dr. Gruzd to meet in person and explore BHL’s social network using tools developed by the Lab.

During the meeting, Ms. Costantino and Dr. Gruzd used Netlytic to analyze BHL’s Twitter network, capturing conversations originated by or occurring about BHL. Since analysis was just initiated, Twitter API limitations restricted data capture to conversation occurring on or after 9/22/2014.

Netlytic reports uncover popular words within conversations, which can be grouped to display popular topics. They also present the entire network as a visualized cluster that displays the connections and conversations among participants.

Keyword analysis revealed that, not surprisingly, “biodiversity” and “species” were two of the most popular words occurring in recent BHL-related conversations. Also not surprising were the terms “open access” and “smsociety14” (the hashtag for the Social Media and Society conference). Other popular words, however, include “beer,” “birds,” and “images.” Netlytic allows you to delve deeper into each word occurrence, listing the related tweets. An investigation of “beer” revealed that Oktoberfest is a popular topic among people following or discussing BHL content. “Images” confirmed what our observational analysis already told us – people love our illustrations (evidenced by the overwhelming success of Flickr).

The appearance of “birds” might suggest that we have more bird-lovers among our followers. However, review of the related tweets showed that we published a good deal of material about birds over the past week and a half, including our Birds of Paradise blog post, some tweets about Florence Bailey’s bird books, and a retweet of PenAndFeather’s post on BHL’s Album de Aves Amazonicas.

An analysis of the participants in our network revealed that 373 Twitter accounts (represented as nodes in the visualization) have posted content about us since 9/22/2014, with 858 “ties” (or links between participants, meaning that they engaged in some sort of interaction with each other about BHL, through either @mentions, @replies, or retweets).

A deeper analysis of the network uncovers who is talking to whom and what they’re talking about. The network visualization is based on clusters, and nodes within the cluster are linked to other nodes via lines that indicate interactions. A single line from one node to another represents a one-sided conversation, i.e. one account tweeted a message that includes a mention of the connected account. When nodes are looped together (a line connects one node, and in turn that node is connected back to the first with another line), this indicates dialogue between the nodes. One account mentions another, and that account in turn mentions the first. These lines can either have an indegree or outdegree centrality value. If an outdegree value, it means that the selected node (i.e. Twitter account) mentioned the connected node. Indegree indicates that the selected node was mentioned by the connected account.

For instance, BHL’s node has a strong indegree centrality, meaning that we are mentioned in other people’s tweets more often than we mention other people in a tweet. During this period, we were mentioned by 343 Twitter users. This is largely accounted for by retweets. Our node operates largely on a broadcasting model, where we publish information that is disseminated by others via retweets. This is obvious visually as the “BioDivLibrary” dot is larger than the surrounding dots in the image below, and in general all nodes tie back to ours. However, we mentioned 82 different Twitter accounts as well during this time period, indicating that we are engaging in dialogue with our users regularly.

Netlytic is also useful for discovering conversations occurring about BHL that we might be unaware of. All of the nodes within the main group of clusters include either @BioDivLibrary, “Biodiversity Heritage Library,” or #BHLib in the tweet. These are conservations that we can easily track and follow via Twitter. However, the @BiodiversityNew network includes interactions among users that don’t include #BHLib, @BioDivLibrary, or “Biodiversity Heritage Library” in their tweets. Instead, they include links that resolve back to our blog posts. There is no easy way to discover this conversation in Twitter, but thanks to Netlytic, we can not only find it but engage with the participants in that node and encourage them to follow us.

A community manager can spend hours (days!) analyzing a network, discovering users and related conversations. But how can this help us improve our social media efforts?

It’s a brave new world of social media analysis. Emerging tools allow us to discover our networks, engage with our users, and refine our strategies like never before. As BHL continues to collaborate with The Social Media Lab and analyze our social networks (Twitter is just the beginning), we will improve our ability to tell people why biodiversity is unbelievably awesome!

The BHL Outreach and Communication Manager position, and this meeting attendance, are made possible in part through funding from the Institute of Museum and Library Services (Grant number LG-00-14-0032-14). 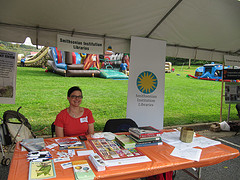 Spreading the Word: BHL at the Smithsonian Autumn Conservation Festival 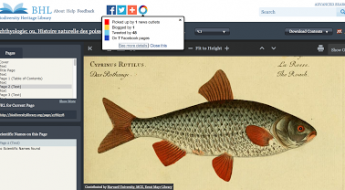 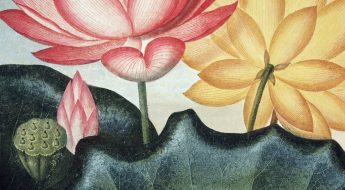