BHL Members and Affiliates met in Chicago, IL, for the 2015 Annual Meeting (17-18 March 2015). The annual meeting is a chance for BHL Member and Affiliate representatives to learn what is happening around BHL and to give updates from their own institutions.

This year’s meeting began with an open BHL-Day on 17 March, during which librarians, scientists, and interested parties in the Chicago area were invited to attend a half-day program about BHL. Dr. Nancy E. Gwinn, BHL Executive Committee Chair and Director of the Smithsonian Libraries, presented on the Origins and Growth of BHL. William Ulate, BHL Technical Director, followed with updates on current BHL projects, including Purposeful Gaming, Art of Life, and Mining Biodiversity. Constance Rinaldo, BHL Executive Committee Vice-Chair and Librarian of the Ernst Mayr Library of the Museum of Comparative Zoology at Harvard University, provided updates from BHL’s global nodes, and Grace Costantino, BHL Outreach and Communication Manager, provided an overview of BHL’s use of social media to reach and engage with audiences.

The highlight of the event, however, was a presentation by Dr. Matthew von Konrat, Head of Botanical Collections and McCarter Collections Manager (Bryophytes and Pteridophytes) at The Field Museum. Dr. von Konrat explained how he uses BHL daily to support his work, which includes creating a key to bryophytes (liverworts, hornworts, and mosses) – the second largest group of land plants after flowering plants.

Martin R. Kalfatovic, BHL Director and Associate Director of Smithsonian Libraries, concluded the BHL-Day celebration with a presentation on the 2014 year in review and a look at future plans for BHL. Following a working lunch for BHL representatives, the meeting continued the afternoon of 17 March with a session open to BHL Members and Affiliates, during which representatives provided updates about BHL activities and progress at their home institutions. After a more detailed technical and global discussion from William Ulate and Constance Rinaldo (respectively), Bianca Crowley, BHL Collections Coordinator, presented collections committee updates and Carolyn Sheffield, BHL Program Manager, gave a presentation on the current status of BHL’s administration and financials.

Meeting attendees were treated to a lovely catered dinner in The Field Museum Library the evening of 17 March, which provided a unique opportunity to catch-up with fellow BHL colleagues and enjoy a good meal while surrounded by library books!

The business portion of the meeting took place the following day, 18 March, during which the 2015 budget was approved, a committee to revise membership policies was organized, and updates to our strategic plan through 2017 were discussed. Finally, a new BHL Executive Committee was elected. Dr. Nancy E. Gwinn and Constance Rinaldo were both re-elected to serve as Chair and Vice-Chair (respectively). Jane Smith (Head of Library and Archives at the Natural History Museum, London) was elected to serve as the Executive Committee Secretary, succeeding Susan Fraser (Director, The LuEsther T. Mertz Library, The New York Botanical Garden).

Representatives from 18 out of the 23 BHL Member and Affiliate institutions attended the meeting. Pictured at the top of this post are the meeting attendees: 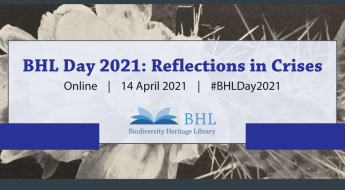 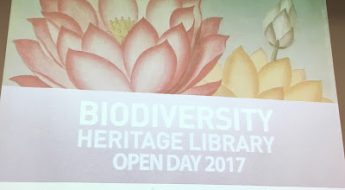