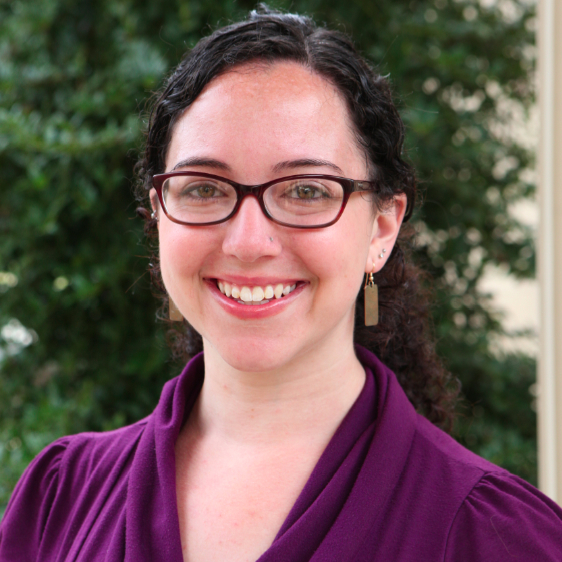 As the daughter of a children’s librarian and library branch manager, I grew up in public libraries and have become passionate about the important role a library plays within a community. This has led me down the path of becoming a librarian myself. Originally from California, I’m now living on the east coast and attending graduate school at the University of North Carolina at Chapel Hill pursuing my passion for this institution. This coming year is my last year of school for a dual Master degree program in Library Science and Public Administration. 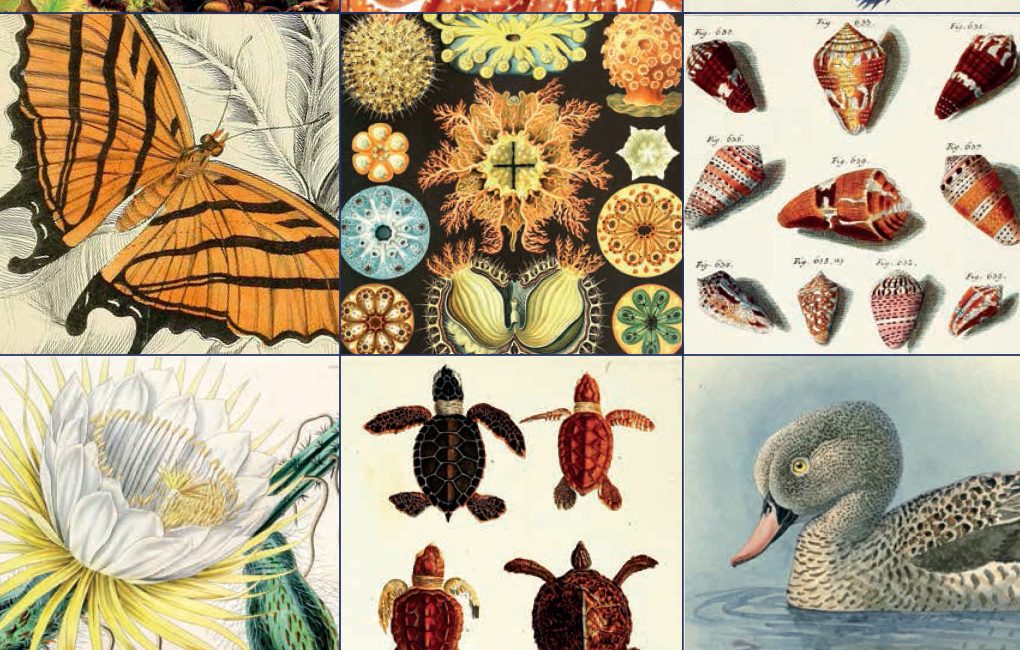 How does the Biodiversity Heritage Library support scientific initiatives around the world? BHL’s latest quarterly report highlights many ways that our open access biodiversity resources are supporting the work of scientists and researchers across the globe, including in the fields of taxonomy, agricultural science, ocean sciences, and more. Plus, you can explore all of the great things that BHL has been up to the past few months.

Flora Illustrata: Great works from the LuEsther T. Mertz Library of The New York Botanical Garden, edited by Susan M. Fraser and Vanessa Bezemer Sellers and published by The New York Botanical Garden (NYBG) – a founding BHL Member – and Yale University Press, has been honored with two prestigious awards: the 2015 American Horticultural Society Book Award and the CBHL 2015 Annual Literature Award. On 4 June, 2015, the American Horticultural Society named Flora Illustrata as one of its 2015 AHS Book Award Winners during the Great American Gardeners Awards Ceremony and Banquet in Alexandria, Virginia. 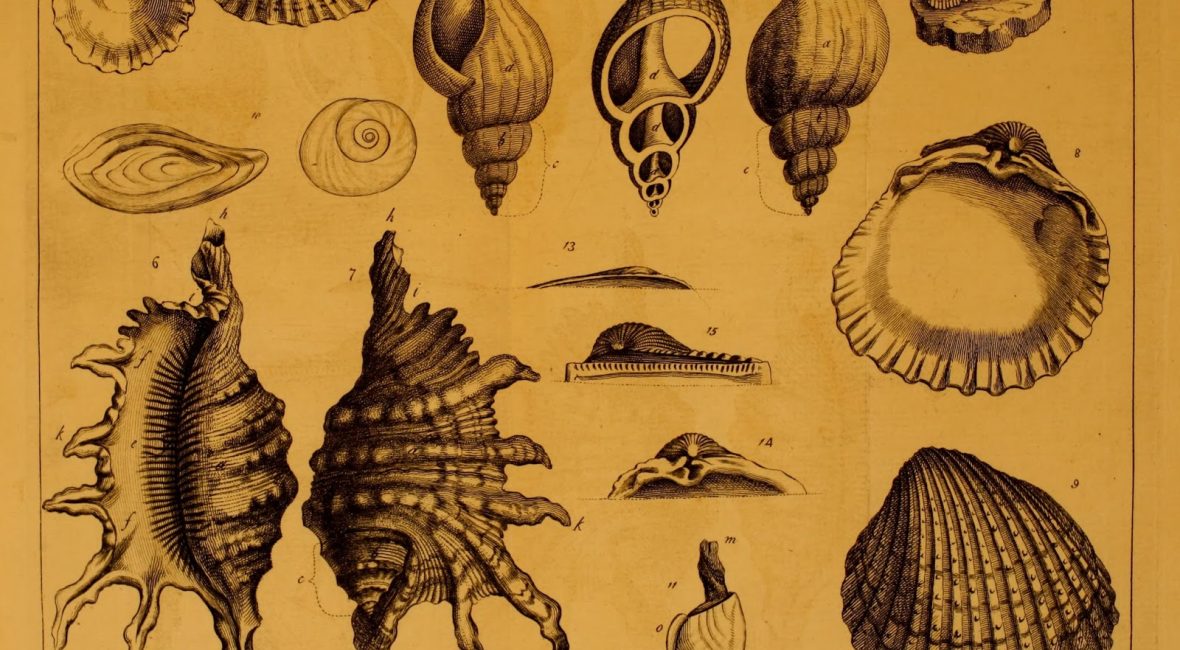 This post was originally published on the Inside Adams blog from the Library of Congress. See the original post here.

In the 19th century naturalists and enlightened amateurs in the U.S. cultivated an understanding of the natural world of this new country by documenting new and known varieties of plant and animal species. One of these scientific pursuits was conchology- the study and collection of marine, freshwater and terrestrial shells. 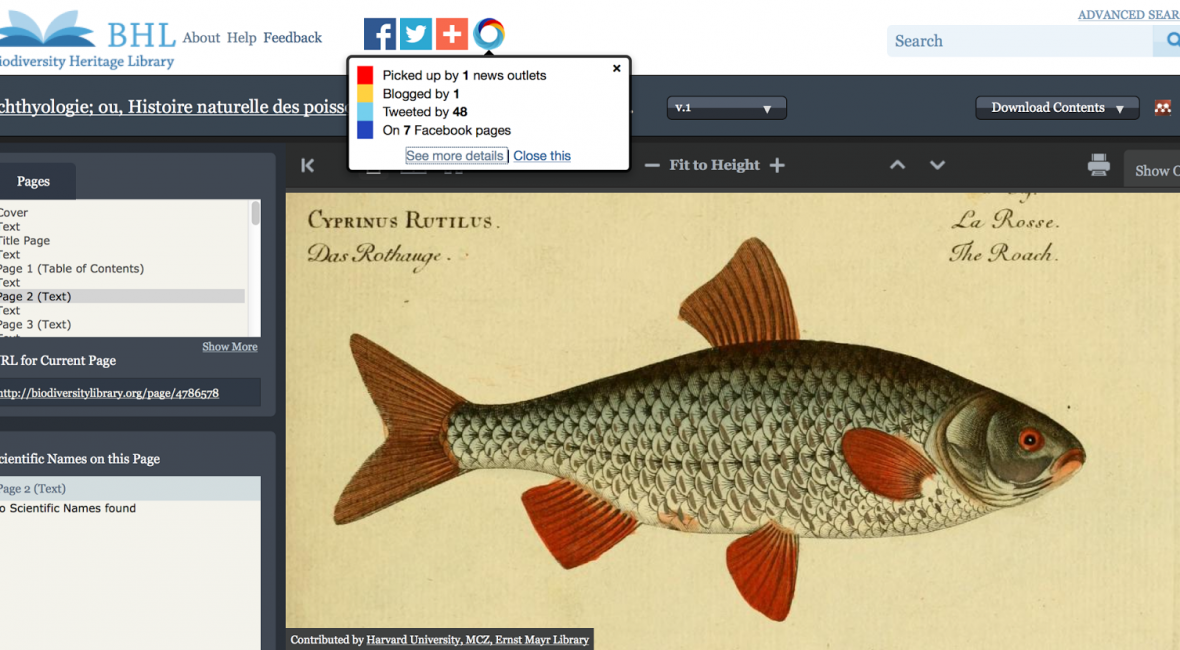 Have you ever wanted to learn more about the books in BHL? Or maybe find out what people are saying on social media about our collections? Or perhaps you’d like to connect with other BHL-enthusiasts? We’re excited to announce that today, as part of our Mining Biodiversity project, we’ve launched two new features on BHL that will allow you to do all of the above! These features are Altmetric and MyTweeps. Altmetric is a UK-based company that offers tools to help track online mentions of a library, publisher, or other entities’ content.
END_OF_DOCUMENT_TOKEN_TO_BE_REPLACED
July 20, 2015byGrace Costantino
Share on FacebookShare on TwitterShare on PinterestShare on Google+Share on StumbleUpon
Blog Reel

UPDATE: Tech difficulties and performance issues on BHL have been mostly resolved. Another brief outage may be required later today or tonight to complete the recovery. Thanks for your patience. We are currently experiencing technical difficulties that are causing slowness on the BHL website and affecting PDF generation and OCR display. We are working to correct the issue as soon as possible, and apologize for the inconvenience. Thanks for your patience and stay tuned for more updates.
END_OF_DOCUMENT_TOKEN_TO_BE_REPLACED
July 16, 2015byGrace Costantino
Share on FacebookShare on TwitterShare on PinterestShare on Google+Share on StumbleUpon
BHL News, Blog Reel

Did you know that there is modern literature in our collection? We have permission with over 165 licensors to provide nearly 400 in-copyright titles for free and open access under a Creative Commons BY-NC-SA 4.0 license. In other words, we have contemporary titles in our collection that you are free to use so long as you attribute the content to the copyright holder, use the content for educational or personal use only (commercial use is NOT allowed) and share the content under the same license (CC-BY-NC-SA 4.0).

END_OF_DOCUMENT_TOKEN_TO_BE_REPLACED
July 16, 2015byBianca Crowley
Share on FacebookShare on TwitterShare on PinterestShare on Google+Share on StumbleUpon
Page 1 of 212»