At the end of the eighteenth century, Jean Léopold Nicolas Frédéric Cuvier, also known as Georges Cuvier and widely remembered as the Father of Paleontology, helped establish extinction as a fact and laid the foundation for vertebrate paleontology.

Born in Montbéliard, France, in 1769, Cuvier formed an interest in natural history at a young age, and by the time he was 26 (in 1795), he became the assistant of Jean-Claude Mertrud, the chair of comparative anatomy at the Jardin des Plantes. Also in 1795, Cuvier was elected a member of the Institut de France’s Academy of Sciences, and in 1796, at the opening of the National Institute, he read his first paleontological paper, which was published in 1800 as “Mémoires sur les espèces d’éléphants vivants et fossiles.”

The paper presents Cuvier’s findings from his analysis of Indian and African elephant skeletons as well as mammoth fossils and a fossil skeleton known as the “Ohio animal,” which would later be named “mastodon” by Cuvier. Using comparative anatomy, Cuvier showed for the first time that the Indian and African elephants were distinct species, and that the mammoth and mastodon fossils were distinct from living elephants, thus representing extinct species. This work represents a major milestone in the history of paleontology by establishing the use of comparative anatomy within the field and confirming the reality of extinction.

While Cuvier’s work established extinction as a fact, he believed that these extinctions were the result of catastrophism. Catastrophism is the theory that several global catastrophes have occurred throughout Earth’s history, resulting in the extinction of many species that were then replaced by new species in successive eras. Cuvier discussed these ideas in great detail in the preliminary discourse of his Recherches sur les ossements fossiles de quadrupèdes (“Researches on quadruped fossil bones”), published in 1812. This work also summarizes Cuvier’s principal palaeontological and geological investigations.

Cuvier staunchly objected to the evolutionary theories being proposed by naturalists such as Jean-Baptiste Lamarck and Geoffroy Saint-Hilaire, which argued for the gradual transmutation of species over time. These early evolutionary theories held that species were transitory (the concept of a defined species was “unreal”), constantly shifting from one form to another rather than dying off to be replaced by new species. Thus, this theory excluded the possibility of extinction. Cuvier maintained that his extensive experience with fossils indicated that species did not change over time, but instead that the fossil record showed abrupt appearances of new forms and the extinction of old ones. This fueled his support of Catastrophism.

Later that century, Darwin would propose a new theory of evolution that combined both the idea of extinction and the transmutation of species over time with his publication of On the Origin of Species. While Cuvier (or Lamarck, for that matter) may not have gotten all of the details right regarding the emergence of new species, his contributions to the field of paleontology are extensive, and indeed he is sometimes referred to as the Father of Paleontology. Establishing the reality of extinction, and the use of comparative anatomy within the field, were critical to the progress of paleontology as a science. 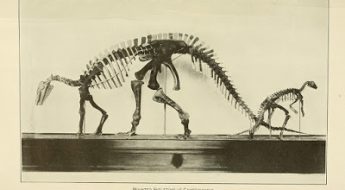 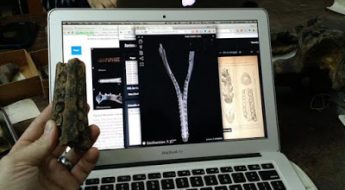