The Smithsonian National Museum of Natural History’s FossiLab is a busy place, responsible for preparing newly-collected fossils for Smithsonian’s scientists and maintaining the fossils in the Smithsonian’s collection. Visitors to the museum can actually watch staff and volunteers at work in the FossiLab, which is located within the Last American Dinosaurs Exhibition.

One of the projects in the FossiLab is the conservation and rehousing of specimens from the Museum’s fossil marine mammal collection. The specimens range from individual teeth to skulls, jaws and more-or-less complete skeletons comprised of both intact and fragmentary bones. Some of the most important specimens were described by Smithsonian scientists in articles now available online through the Biodiversity Heritage Library. The BHL collection gives FossiLab staff easy access to early photographs and drawings of these fossils, aiding their conservation work greatly. How is that? Fossils tend to break over time (gravity, vibration, and even the most careful handling may cause old repairs to fail or new fractures to form). Most such breaks are easy to repair, but in a large collection of fragmentary bones it’s not always easy to distinguish breaks that occurred during storage from those that predate a fossil’s discovery. When staff compare the bones to the original illustrations, the distinction becomes clear. Not only can they see if fragments have gone missing, but they also learn the approximate shapes of any missing pieces. If you’ve ever put a jigsaw puzzle together, you know how much easier it is to find a missing piece if you know what it looks like!

The photos below show an example of the FossiLab’s work. This past summer, the fossil of an extinct shark-toothed dolphin, Squalodon calvertensis (USNM 10484), was brought to FossiLab for rehousing. It had been described in 1923 by Remington Kellogg in the Proceedings of the United States National Museum. When staff compared the ribs with the photo in the publication (left), they realized that some had broken during their 92 years in storage. A careful search among all the bones in the storage drawer turned up the missing pieces. FossiLab staff reattached them using an archival adhesive before rehousing the entire specimen and returning it to storage. The repaired and rehoused ribs are shown in the photo on the right.

The FossiLab is also very interested in fossil teeth. Why? According to FossiLab volunteer Advait Jukar, a PhD student at George Mason University, these teeth can help us determine, for example, the number and types of dinosaur species in a region.

Curious to know more about the fascinating things that fossil teeth can tell us about ancient life and to further explore the work going on at the Smithsonian’s FossiLab? You’re in luck! 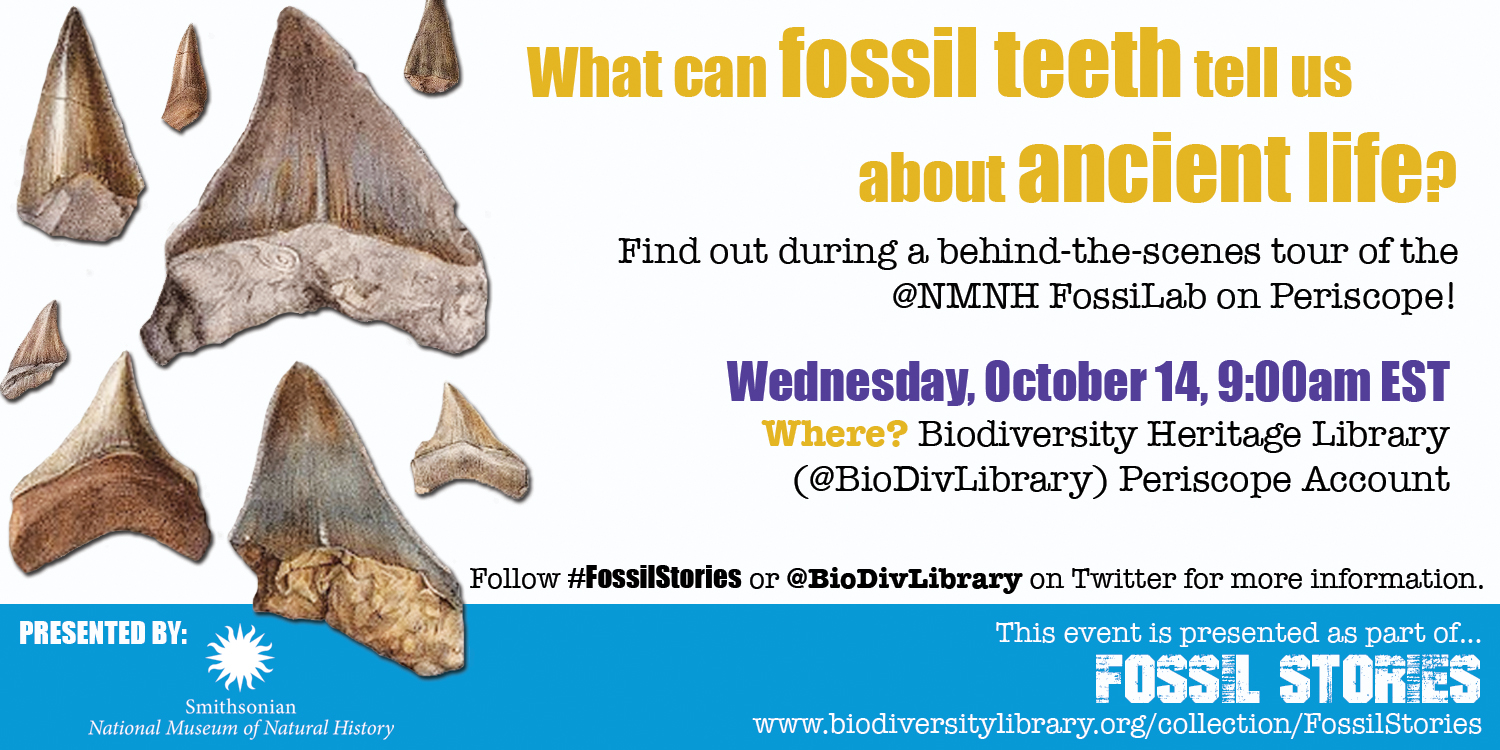 Tune in today, October 14, at 9am EST for a live tour of the FossiLab with Advait Jukar! The event will take place on the BHL Periscope account. To participate, simply follow BHL (@BioDivLibrary) on Periscope (you’ll then receive a notification via Periscope once the event is live) or follow @NMNH or @BioDivLibrary on Twitter. We’ll tweet out the link to the Periscope event on those accounts once it’s live.

If you missed the live event, you’re in luck. You can see the recording on YouTube!

We hope to see you today on Periscope, and remember to follow our blog and #FossilStories on Twitter and Facebook all week for more great fossil fun and live webcasts. Check out the full webcast schedule below: 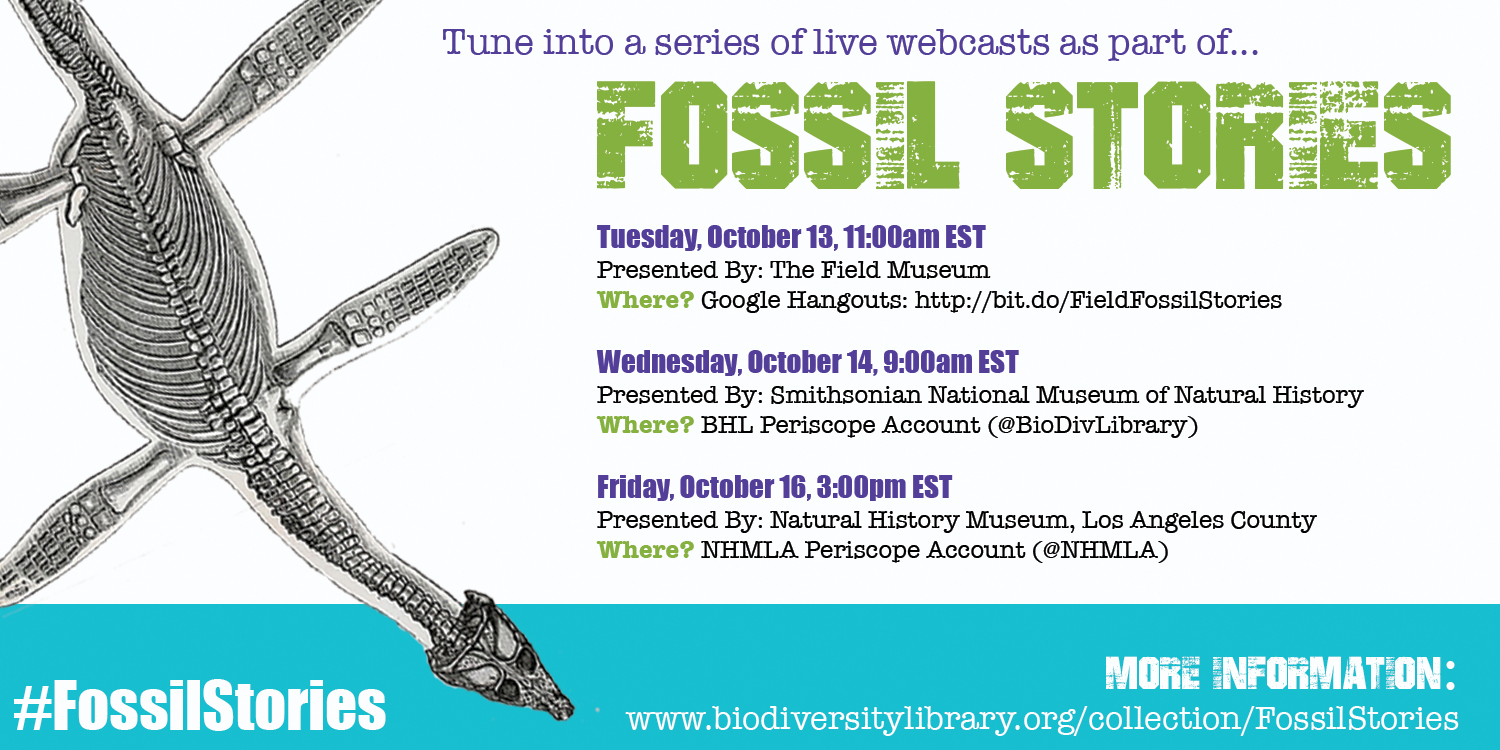 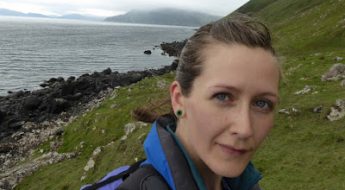 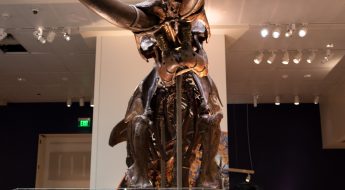 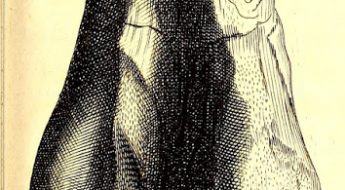