The term, “cabinet of wonder”, comes from the term “wunderkammer” (literally meaning “wonder chamber”).  The tradition of creating cabinets of wonder began during the Renaissance, the period of time between the 14th and 17th centuries.

The Renaissance idea of creating a collection of (formerly) animate, inanimate, and botanical objects, and even odd specimens, came from a human desire to place mankind somewhere within the larger scheme of things.  Formerly, European princes built their own private studiolo or cabinets, which contained rare natural objects and books, and acted as status symbols to impress others.  Then the cabinets came to be used for scientific observation and contained more humble–but important–natural objects and specimens.  During the Renaissance, theorists from all fields of academia were making new scientific and philosophical discoveries, and realized that all of this new knowledge sometimes challenged previous beliefs about existence and mankind’s place within it.

Different from modern museums, wunderkammer were generally created by a single scholar: in our example, Ferrante Imperato (1550-1625), an apothecary and scholar living in Naples.  In addition, the objects were believed to be interconnected by some singular purpose that could shed light on man’s place within existence.

Humanism was one of the most predominant movements in Italy during the Renaissance, and some humanists believed, among other things, in a notion of universalism–the idea that all things and all people were connected by some shared visible and/or invisible similarities, and all created by the divine.

The Renaissance humanists endeavored to use reasoning to explain unknown aspects of nature, which developed into the study of natural history: empirical observations and experimentation were used to make conclusions about the physical world.  Thus the Renaissance, and the creators of cabinets of wonder, were important in setting the stage for extraordinary advances in scientific knowledge in the decades following.

What Were the Beliefs of Some Creators of Cabinets of Wonder, and Why Was Ferrante Imperato So Important?

Some creators of cabinets of wonder used for scientific observation and experimentation were pietistic, and stressed living a good and helpful life.  For this reason, the cabinets’ creators often wrote of their collections and made them open to the public to make people aware of the beauty of nature and the usefulness of natural objects.  The creators would also observe and experiment on items in their collections in an endeavor to increase knowledge of all aspects of the world.  Additionally, creators of cabinets of wonder often corresponded with, and visited, one another and discussed their collections and findings to increase the collective knowledge about the natural world and existence.

In this vein of sharing knowledge, Ferrante Imperato was convinced by his son, Francesco, and by his own friends, to produce a written account of his cabinet of wonder, in the form of the 28 books which comprise his work Dell’historia Naturale.  The majority of the work’s books are concerned with stones, minerals, gems and earth (i.e., minerology and related fields).  The last two books deal with living organisms: plants and animals.  Imperato especially featured and worked with herbs used to create medicines as an apothecary.

The first version of Dell’historia Naturale, printed in 1599, totaled 791 pages between the 28 books that comprised it, with 119 woodcut illustrations interspersed throughout the text.  One of the first European natural history research collections, Imperato’s cabinet may have contained as many as 35,000 plant, animal and mineral specimens.  Imperato quoted other authors at the beginning of his subject sections and discussed what he thought of the authors’ ideas, and then launched into his own beliefs about the subjects based on his experimentation on, and observation of, specimens in his cabinet of wonder.

Many creators of these cabinets were drawn to collecting specimens in an endeavor to make life more comfortable for people in acts of piety, either by collecting herbs and natural materials like Imperato did in order to create medicines, or by collecting natural materials believed to be alchemical or metallurgical in order to experiment with new recipes (“segreti”, or “secrets”) to ease human ailments. Sometimes piety, however, was considered heretical by the Catholic Church in Italy at this time due to pietism’s emphasis on individual religious devotion (which leaves room for the idea that the Church may not be needed).

Imperato’s friend and scientific rival, Giovanni Battista Della Porta, who practiced pietism, created the Academia Secretorum Naturae (“Accademia dei Segreti”), which translates to “The Academy of the Mysteries of Nature”, in order to study and share information about natural science with like-minded scholars.  In 1579, Della Porta’s Accademia was accused of sorcery and disbanded by the Pope.

Some humanist scholars did, in fact, possess objects in their cabinets of wonder believed to have magical properties based on arcane knowledge, and these items included magical lanterns, speaking tubes, and distorting mirrors.  So the humanist sharing of “secrets of nature” did include, for some, secret of a magical (heretical) sort.

Imperato saw his cabinet of wonder as a place to derive knowledge directly from the artifacts before him, rather than trying to apply secret knowledge from arcane ancient and contemporary manuscripts to the objects in order to try and produce a result, like other scholars of his time, such as Girolamo Ruscelli (who had his own Accademia Segreta).

When Imperato’s Dell’historia Naturale was being printed in 1599, and more people knew about the pietism, and beliefs in magical properties of some items in some cabinets of wonder, Imperato’s son, Francesco, feared his father’s text might lead to heresy charges.  Francesco thus quickly printed another shorter version of his father’s text with many references to saints and Christian writers.

Imperato was not charged by the Church with heresy or sorcery when his full text, in all 28 books, came out, and this text became the first to feature an illustration of a cabinet of wonder, and the first work on natural history completely written in Italian (rather than scholarly Latin).

Some of the scholars and knowledgeable men with whom Ferrante Imperato corresponded included: Ulisse Aldovrandi, Gaspard Bauhin, Pierandrea Mattioli, and Fabio Colona.

Imperato was amazed by asbestos, which was a relatively new substance at the time, with paradoxical and malleable qualities.  Imperato experimented with asbestos and included an illustration of one of his experiments with it in Dell’historia Naturale (fig. 18)–the only experiment depicted in the work.

In order to argue that a toad’s skull was actually a stone unlike any other natural stones, Imperato captured a pregnant viper and gathered many toads to prove that the viper could not penetrate the toad’s skull, and called the toad’s skull “toadstone” (pietra di rospo).

In 1611, Galileo demonstrated for other scholars the luminescent nature of a stone called the “Bologna stone” (lapis Bononiensis), or the “solar sponge”.  When Imperato heard about this stone, he was fascinated but thought it qualified as natural magic and claimed: “I believe that it is not natural but artificial”.

Cabinets of wonder often included fossils–Imperato had many–and humanist debate in Italy in the early fifteenth century led to subsequent discussions about what the existence of fossils meant; European students visiting Italy spread this debate throughout many regions when they returned to their home towns.

Ferrante Imperato’s Dell’historia Naturale contains medical folklore such as the ideas that wearing amethyst in the navel prevents drunkenness, sapphire cleans the eyes in such a way as to prevent lust, and jasper worn as an amulet can stop bleeding. 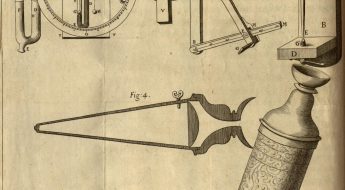 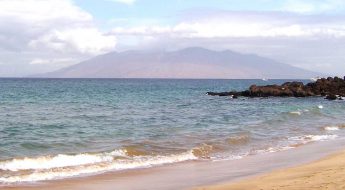