This is the first in a monthly series of posts highlighting contributions to the Expanding Access to Biodiversity Literature (EABL) project, which aims to enhance BHL’s collections with content from natural history libraries, societies, and other institutions across the United States.

In December of 1916 Charles Christopher Adams, a zoologist at the New York State College of Forestry at Syracuse University, approached Theodore Roosevelt to discuss the need for systematic study of big game and other mammals in the forests of North America. Dr. Adams believed that a lack of understanding of these animals was a problem not only for scientists, but also for industry—particularly forestry—and the economy in general. Roosevelt agreed that research in this area should be undertaken and asked Dr. Adams to devise a plan, which he outlined the following year. Despite Roosevelt’s enthusiastic approval, the work was delayed—first by the onset of World War I, and then by Roosevelt’s death on January 9, 1919.

Dr. Adams, undeterred by these events, saw a new opportunity to carry on the vision he had shared with Roosevelt, and convinced the state legislature of New York to establish the Roosevelt Wild Life Forest Experiment Station as a memorial to the former President. The Station was signed into law on May 10, 1919, as part of the New York State College of Forestry. The legislation stated that the RWLS would conduct “investigations, experiments, and research in relation to the habits, life histories, methods of propagation and management of fish, birds, game and food and fur-bearing animals and forest wild life.” Dr. Adams was the Station’s first director.

“Never before in America, and for that matter, possibly, never before in the world, has there been a forest biological station devoted primarily or exclusively to the study of every phase of forest wild life. The establishment of such a station at the New York State College of Forestry, at Syracuse University, is thus an event of considerable general interest and importance, not only to those interested in the conservation of wild life, to foresters, and to zoologists in general, and particularly to field naturalists, but in addition to many others who are interested in the ecology of fish, birds, game, fur-bearing animals, and other kinds of forest wild life. This station, named in honor of the man … thus becomes a very appropriate memorial to Theodore Roosevelt.”

An editorial in the August, 1919 issue of Forest and Stream speculated that “The work that such an experiment station may do is almost limitless and its possibilities are as yet quite beyond the range of our imagination.”

The conservationist George Bird Grinnell was equally laudatory; in the foreword to the first issue of the Roosevelt Wild Life Bulletin (1921), he wrote, “No one more than Theodore Roosevelt appreciated the value of the work done and to be done by the field-naturalist. No one more than he would welcome those services to science that may be accomplished by the Experiment Station that bears his name.”

Under Dr. Adams’s tenure as director, the RWLS began publishing the Roosevelt Wild Life Bulletin in 1921, which ran until 1950. The Bulletin contains general and “popular interest” pieces related to forest ecology. Many of these articles describe the geography and wildlife of the forests immediately surrounding the RWLS, as well as the Adirondacks and other regions of upstate New York. Several others detail field research conducted at Camp Roosevelt, Yellowstone National Park, where Professor Alvin Whitney, of the New York State College of Forestry, ran a boys’ summer camp in the early 1920s.

Typically, each issue of the Bulletin is organized around a single topic or group of related topics: parasites in freshwater fishes, a county-level wildlife and forest survey, and the management of ruffed grouse, among others. These articles, which treated wildlife as natural resources, would surely have interested naturalists, foresters, and hunters alike. In fact, within a few years of the RWLS’s founding, people from as far away as India began to request research on subjects as esoteric as muskrat farming.

In 1926, the RWLS began a second publication, the Roosevelt Wild Life Annals, which ran for 10 years. Whereas the Bulletin was intended for a broad audience, the Annals contain technical papers that would have been of interest to professional naturalists, particularly zoologists and botanists. Like the Bulletin, each issue is typically devoted to a single topic: the red squirrel, trout streams in Yellowstone National Park, the bank swallow, and others.

Following the publication of the last Bulletin in 1950, the RWLS entered a period of inactivity that lasted until 1999, when it was reactivated through a combination of private and state funding. Governor George Pataki and Theodore Roosevelt IV presided over the rededication. The RWLS began to support student internships at ESF’s Adirondack Ecological Center, and in 2014 the NYS Department of Environmental Conservation provided $3.4 million in funding for wildlife research and management.

Today, the RWLS focuses on the northeastern U.S. and southeastern Canada in the context of truly global issues: habitat loss and climate change. In addition to providing hands-on experience to students of wildlife science, its priorities are “protection of imperiled keystone and strongly valued species vulnerable to the impacts of rapidly changing landscapes and climate; and habitat management issues, such as maintaining effective habitat in private-land mosaics, protecting and expanding core habitat areas, and securing habitat connectivity.” In these efforts, the RWLS carries on the vision shared by Dr. Adams and Theodore Roosevelt a hundred years ago. 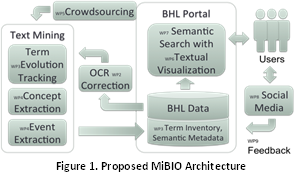