Today, the WCHS is based at Tower Hill Botanic Garden, which it established in 1986. While many things have changed since the era of its founding 175 years ago, the WCHS continues to “inspire the use and creation of horticulture to improve lives, enrich communities and strengthen commitment to the natural world.” The history of this effort is documented in the Transactions of the Worcester County Horticultural Society, which is available in BHL’s collection through the work of the Expanding Access to Biodiversity Literature project. Thank you to the WCHS for sharing this valuable publication with BHL and its users.

History of the WCHS

“It is truth, TRUTH—and the Universe was framed to corroborate it—that of all employments, none is better than the Culture of the Earth, none more independent, none more pleasant, none more worthy the dignity of Man!”
-George Jaques, Transactions of the Worcester County Horticultural Society, p.11 (1847)
On September 19, 1840, several men gathered for the purpose of establishing a society that would do for horticulture what the Worcester Agricultural Society had done for agriculture: the “mutual improvement in [its] theoretical and practical branches.” The Agricultural Society’s Annual Cattle Show was chosen as the venue for an initial exhibition. Prior to the show itself, ads were placed in area newspapers soliciting contributions from the gardens and orchards of the public. The exhibit opened the day before the Cattle Show, to popular acclaim and the chagrin of the elder society, which was in danger of being upstaged. A host of new members was admitted (membership was $1), and the nascent horticultural society entered a period of steady growth.

From the beginning, regular exhibitions were the main occupation of the WCHS. Strict rules governed the creation of these exhibits and the conduct of the committees appointed to organize them. Nevertheless, George Jaques lamented in the Transactions (1847):

It may pour balm into some wounds, in certain quarters—wounds which Time—that physician, so eminent for the thorough course that he pursues with his patients—may have failed of healing, to acknowledge the sinfulness of some of the Committees, in venturing upon an infringement of the above Rules, in so far, as to procure the concurrent testimony of the palate, as well as that of the eye, in regard to the character of the subjects of their examination.
What Mr. Jaques was admitting, however obliquely, is that committee members were tasting the wares meant for display—bad behavior that, according to the Report on Fruit for the Annual Exhibition of 1847, was not evident in the public:
Notwithstanding the hall was constantly thronged with visitors, and many hundreds of samples of beautiful and tempting fruit within reach of every one, yet all seemed to feel and act as if it was placed there to be examined with the eye only. No instance of pilfering, and but little unnecessary handling of the fruit, was known to occur.

In 1851, the WCHS built Horticultural Hall, its first permanent residence, on Front Street in the heart of Worcester. Horticultural Hall served as the home of the society until 1928, when the society built a larger structure—with the same name—on Elm Street, just a few blocks away. The second hall served the society until 1983, when it purchased a 132-acre parcel of land in Boylston. Here, at Tower Hill Farm, it created Tower Hill Botanic Garden, its present home.


Exhibits were the primary activity of the WCHS in its first century. While many of the varieties of fruits and vegetables named in the Transactions are no longer familiar, a few have become staples in the U.S. The Report on Vegetables for the Annual Exhibition of 1847 notes the presence of a novel cultivar:


A solitary specimen of the Cauliflower, as a peculiar species of the Cabbage, was introduced by Mr. D.W. Lincoln, probably to remind the spectators of that esculent, which is said by a recent author, to have “furnished epicures of all countries with some of their greatest luxuries.”


Similarly, the Committee was pleased to see common potatoes, which were not yet a mainstay of the American diet.


In addition to detailed accounts of each year’s Exhibition, the Transactions records the effects of larger historical and climatological events on horticulture: the Annual Report of 1864 reports that owing to the outbreak of the American Civil War, there was no Annual Exhibition in 1861; the Transactions of 1942 documents the effects of rationing during World War II; and the Report of Judge of Plants and Flowers of 1963 records the effects of the severe drought that gripped Massachusetts for most of that decade.

The Transactions also documents the decline of estate gardens (and the exhibitions they supported) in the 1940s commensurate with the rise of industrial agriculture, large-scale co-ops, and decreasing barriers to foreign imports. Changing with the times, the WCHS eventually shifted its focus to the smaller gardens that most people cultivate today. Tower Hill Botanic Garden still hosts flower shows and grows vegetables and fruit, but it also offers year-round educational programming, including a variety of gardening classes.

In the preface to the Transactions of 1847, George Jaques wrote, “The Horticultural Association, it should be borne in mind, is still but a nursery plant, and these few leaves can give only a faint idea of what its foliage, flowers, and ripened fruits may be in the years to come.” He could not have imagined that 170 years later, the work of the WCHS continues, and that the “nursery plant” has become a garden. 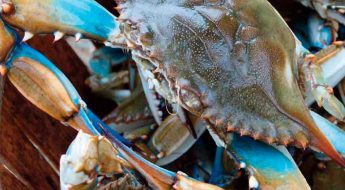 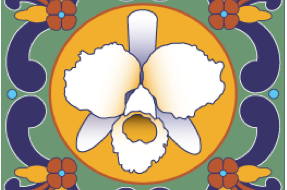