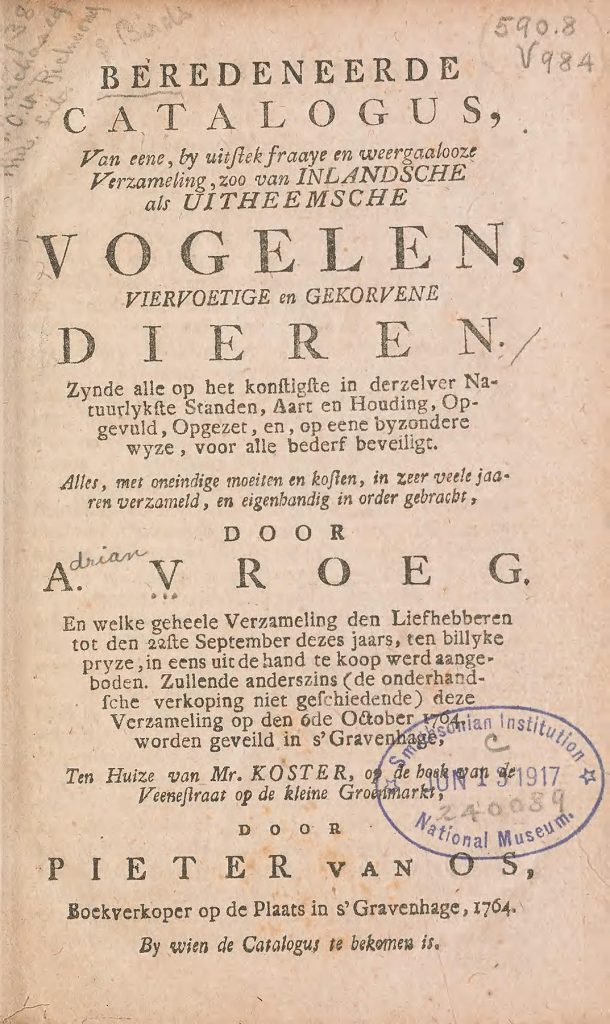 As an early work in the history of Linnaean taxonomy, Beredeneerde catalogus van eene, by uitstek fraaye en weergaalooze verzameling, zoo van inlandsche als uitheemsche vogelen, viervoetige en gekorvene dieren (i.e. Vroeg’s Catalogue, 1764) by Adrian Vroeg is the source of dozens of new species of birds [1]. Published just six years after the 10th edition of Linnaeus’ Systema Naturae — considered the starting point of zoological nomenclature — the work is extremely rare, with only a handful of copies known to exist worldwide. 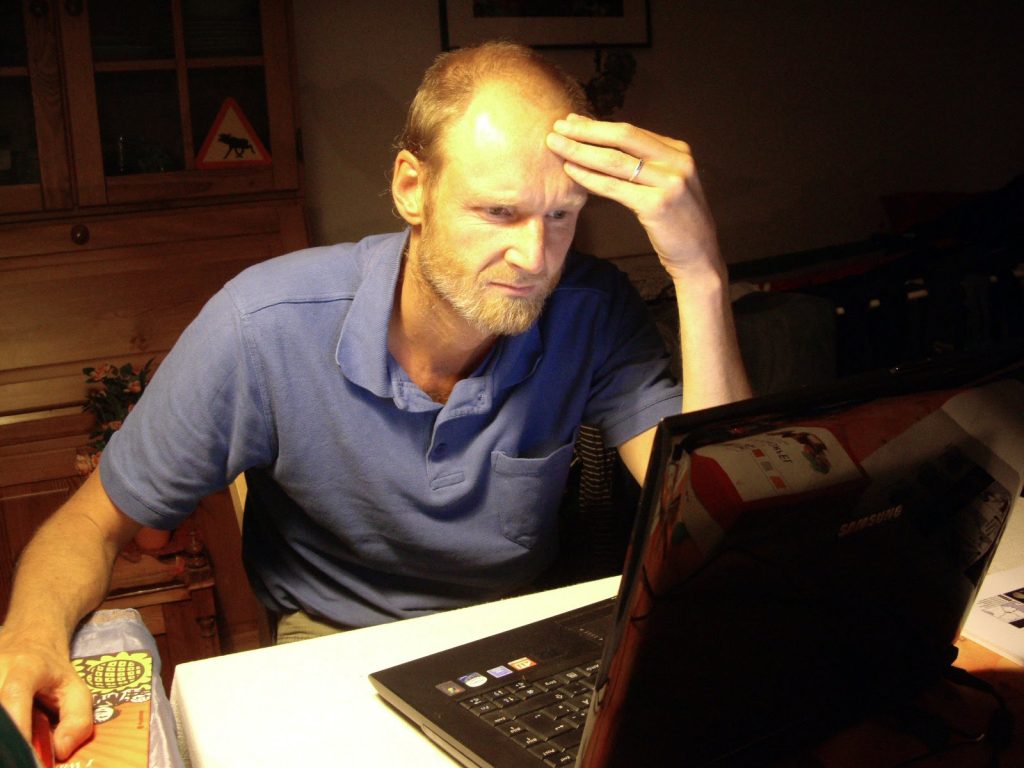 Dr. Francisco Welter-Schultes of the Zoological Institute of Göttingen University in Germany.

Between 2008-2011, during his time on the BHL Europe project, Welter-Schultes served as the Lead of the Project Group for AnimalBase, which “was originally established to link the early literature with the names of the animals described therein” [2]. The database provides original and corrected spellings of names, type localities, citations for the original descriptions, and, where, possible, links to digitized copies of these descriptions in the literature — many from the Biodiversity Heritage Library.

A major reference for the Project Group’s work was Sherborn’s Index Animalium (1902), “a compendium of zoological taxonomic species nomenclature from 1758 to 1850” [3]. Where possible, the Project Group compared the Index with the original works to verify the accuracy of the names and make any necessary corrections. If it was not possible to consult the original work, the Group had to rely on Sherborn’s Index.

The question, of course, is whether Sherborn himself was able to verify every name against the original source or whether he, too, had to rely on secondary sources in some instances.

“I knew immediately after realizing the date of Vroeg’s publication that new names which were cited in secondary sources like Sherborn’s Index Animalium were not very reliably cited,” explains Welter-Schultes. “If a work is that rare, then the likelihood is greater that Sherborn may never have seen the original. Did Sherborn just copy errors from other lists, and we just copied Sherborn’s forwarded errors to AnimalBase?”

In the hopes of being able to verify the names published by Vroeg in 1764, Welter-Schultes submitted a scan request to the Biodiversity Heritage Library for Vroeg’s Catalogue in 2010. At the time of the request, no BHL partner library appeared to hold the title. So, the request remained in the queue in the chance that, with the addition of new partners in the future or the growth of existing partners’ collections, it might be possible to digitize the work at a later date.

A few years later, whilst reviewing outstanding requests in the queue, Smithsonian Libraries staff discovered that its Joseph F. Cullman 3rd Library of Natural History had since cataloged the item after it was transferred from the Libraries’ general collections. The Smithsonian Libraries is not only the sole BHL partner to hold this work, but the Libraries’ copy is also one of only a few known copies worldwide, with the others being in Denmark (2), the Netherlands (2), and Germany (1) [4].

The catalog record provides insight into the interesting provenance of the Smithsonian Libraries’ copy of this very rare book, which was previously owned (and donated) by Charles Wallace Richmond, a Smithsonian ornithologist and bibliographer who served as Assistant Curator, Associate Curator, and Curator in the Division of Birds of the United States National Museum (USNM) (now the Smithsonian National Museum of Natural History) between 1894 and his death in 1932 [5]. Richmond’s signature can be seen on the verso of the title page, dated Aug. 31, 1905, and a book dealer’s mailing label to Richmond from Frederik Muller & Co. of Amsterdam is bound into the volume. 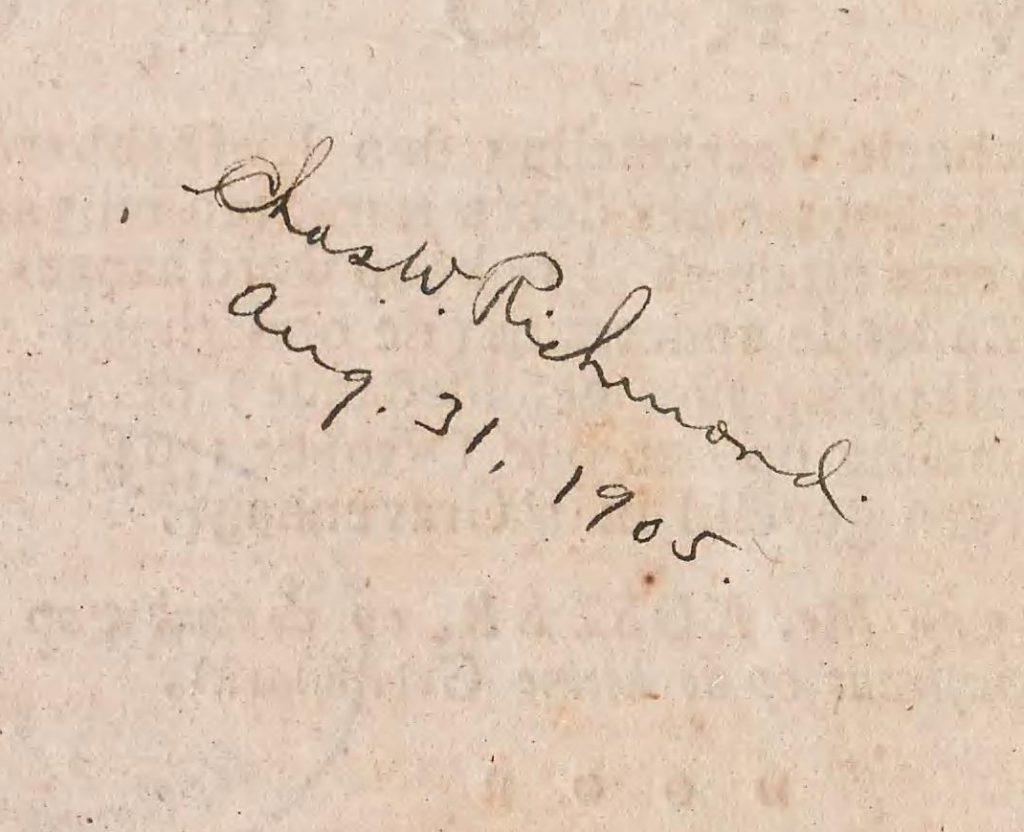 Richmond’s signature on the verso of the title page of the Smithsonian Libraries’ copy of Vroeg’s Catalogue. 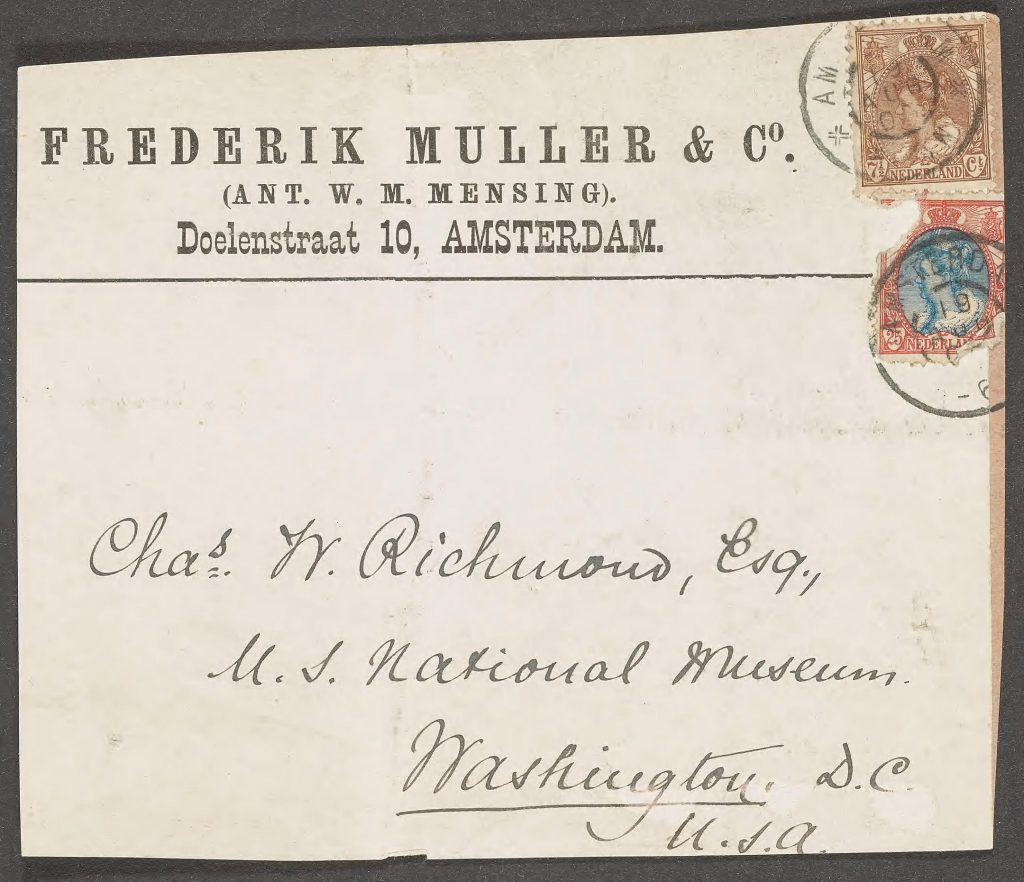 Book dealer’s mailing label to Richmond from Frederik Muller & Co. of Amsterdam in the Smithsonian Libraries’ copy of Vroeg’s Catalogue.

An avid book collector, Richmond’s personal library consisted of over 200 publications and auction catalogs in German, Italian, French, Spanish, Latin, and English on various natural history topics — many quite rare as Richmond specifically sought out obscure books, particularly those with new species names. Richmond donated the contents of his library to several institutions, including not only the Smithsonian but also the Academy of Natural Sciences of Philadelphia, the Library of Congress, and the California Academy of Sciences — all of which are BHL partner institutions [6]. His donation of taxonomic books to the Smithsonian became the foundation of the Bird Library at the National Museum of Natural History [7].

Finally, in 2018 — eight years after the initial request, Vroeg’s Catalogue was digitized by the Smithsonian Libraries’ digitization team and made freely available online through the Biodiversity Heritage Library.

And because this work is now easily accessible to researchers, it can be used to empower global research, such as that of Welter-Schultes. His response to Jacqueline Chapman’s email notification that the work had been digitized was swift: “This was really very, very useful. I immediately spent two hours exploring this interesting work.”

With the digital copy of the Smithsonian Libraries’ Catalogue, Welter-Schultes was able to uncover taxonomic errors that had persisted for at least a century and improve the accuracy of the names data available through AnimalBase.

“It was easy for me to verify our data set of names, and in fact it turned out that Sherborn must have relied on a third source,” explains Welter-Schultes. “There were so many inaccuracies in the spellings of the names that we must assume that Sherborn, who in his work (published in 1902) had a very low average error rate, did very probably not extract those names from an original copy of the 1764 work.” 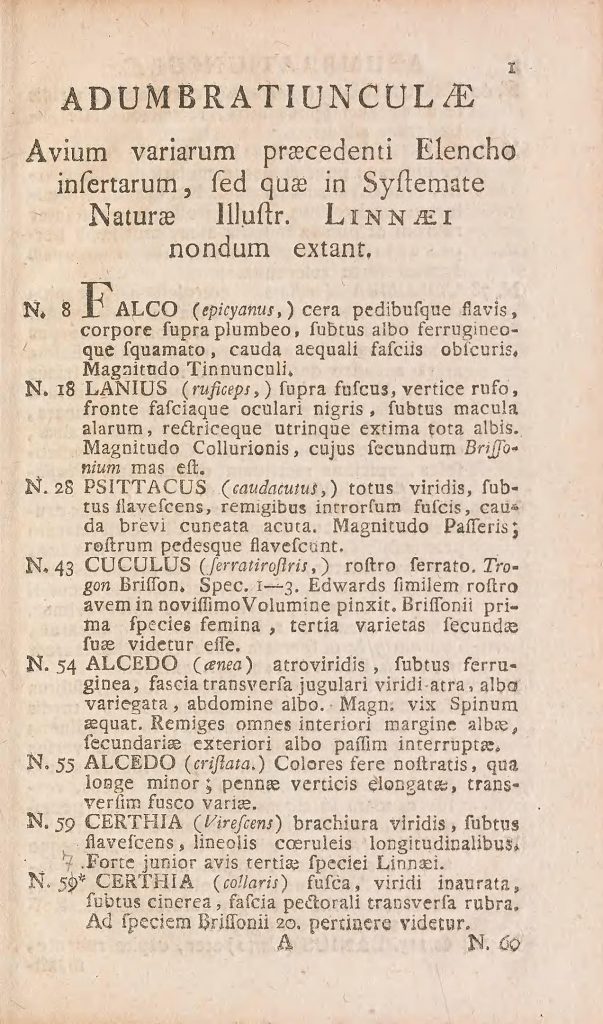 Knowing that their work is so valued and impactful is also very encouraging for the staff who dedicate so much time and energy to addressing the needs of BHL’s user community.

“It is rare that we hear from users that the items we digitize in response to these older requests are so immediately relevant and impactful on current research,” shares Chapman. “And it is so fulfilling!”

Thanks to the efforts of the staff at Smithsonian Libraries and other BHL partners around the world, researchers can now easily access original species descriptions and other rare literature that underpins the work of taxonomists today.

“Today, thousands of names in online data resources are equipped with links to their original descriptions in BHL,” lauds Welter-Schultes. “What we did 10 years ago with AnimalBase was pioneering work — many others followed and did the same. Today, providing a link to a BHL source is something absolutely usual and taxonomists can probably not imagine life anymore without BHL.”

We are grateful to Dr. Welter-Schultes for sharing this example of how BHL is impacting real research today. We also extend our sincere thanks to all of our partners for making BHL the essential resource that it is today. The dedication and diligence of the staff at our partner libraries to support the scientific and research community — whether that involves more straightforward digitization projects or complex, multi-year undertakings —  ensures that the Biodiversity Heritage Library will continue to empower global research for decades to come. 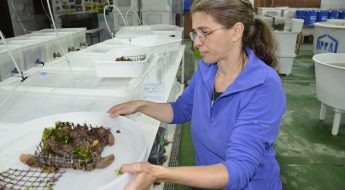 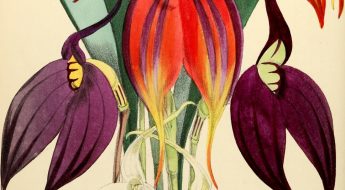 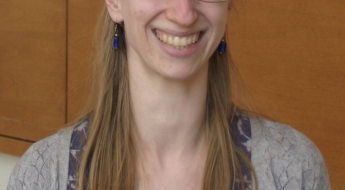