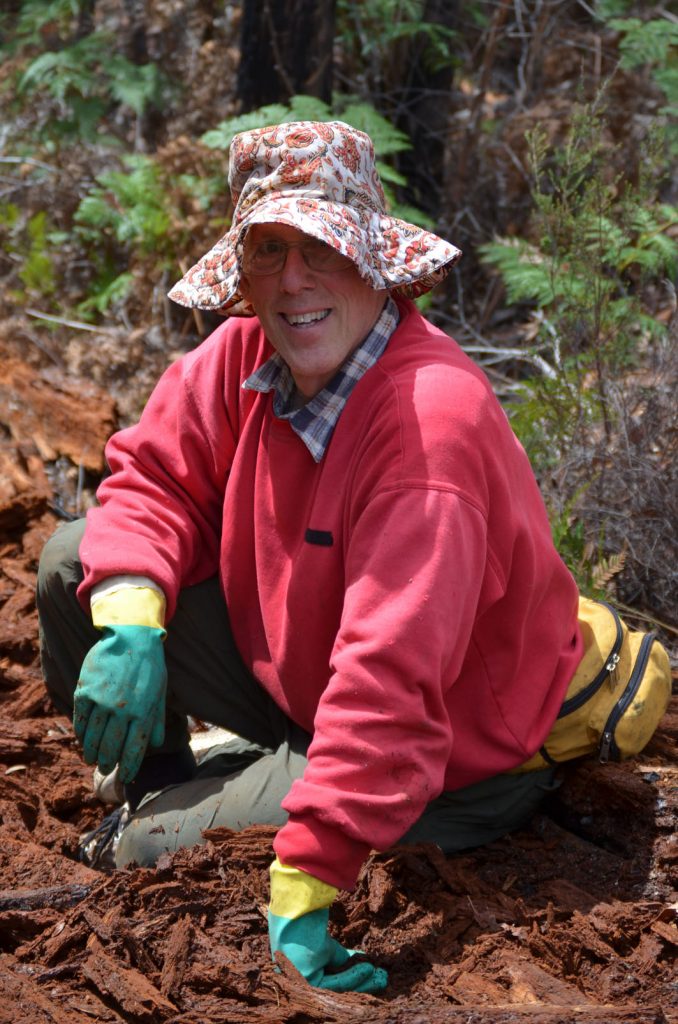 Like many taxonomists, I like to group things together and sort them: specimens into species, species into genera, references into bibliographies, images into galleries. The Biodiversity Heritage Library has been a powerful enabler for me as a grouper-sorter.

Fifteen or so years ago, a literature search still required at least one long and expensive trip from my home town in regional Tasmania to an academic library in Hobart (Tasmania’s capital city), or in Melbourne or Canberra on the Australian mainland. Reams of paper were used to make photocopies of key references that I could take home with me. Weeks were spent waiting for additional photocopies to arrive through inter-library loans. When I finally had all the relevant older references, I could do my revisionary taxonomic work.

For the past 10 years, almost all the older literature I need to see has been accessed through BHL — quickly, cheaply and paperlessly.

In 2002, I compiled the first Australian millipedes checklist in the old way for the Australian government’s Fauna of Australia publication series. The successor to that checklist is the Millipedes of Australia website (2006 – 2019), an online catalogue I maintain. In 2009 I began adding links to open-access references in the website’s bibliography. That bibliography currently covers the period 1833-2018, and a remarkable 66 of the 72 references from the first 90 years of Australian millipede taxonomy are in BHL. What a savings in time and money for website users! 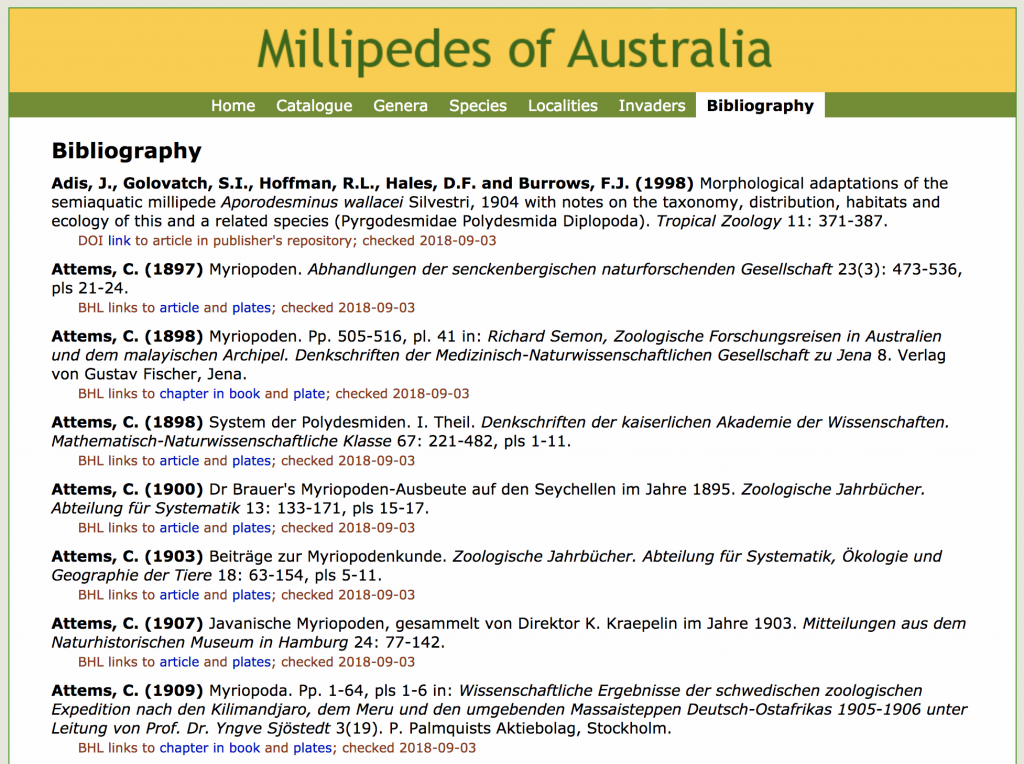 Screenshot of a section of the bibliography on the Millipedes of Australia website. Links to BHL can be seen for many of the included references.

In preparation for my upcoming retirement this year, I will be depositing the Millipedes of Australia in a public data repository and publishing a data paper to describe the archived website. The Tasmanian locality records have also been given to the Atlas of Living Australia, allowing continued access to this data.

BHL has also made it easy for me to gather up published taxonomic illustrations in digital form, and then to manipulate the images into scaled, side-by-side comparisons of different species. Although I mainly do this for my own use, I produced a “gallery” document (in PDF format) of diagnostic images in 2017 to accompany an annotated catalogue of southern South American millipedes in the family Dalodesmidae (https://doi.org/10.11646/zootaxa.4338.3.6). This document has since been provided to South American and other millipede workers. It’s a big time-saver. Millipede species are mainly distinguished through differences in the male genitalia, and having illustrated genitalia of almost all the 52 dalodesmids in one place makes for instant enlightenment: “Ah ha! So that’s why that species was put in that genus!”

Many of the illustrations are from publications digitally archived in BHL. 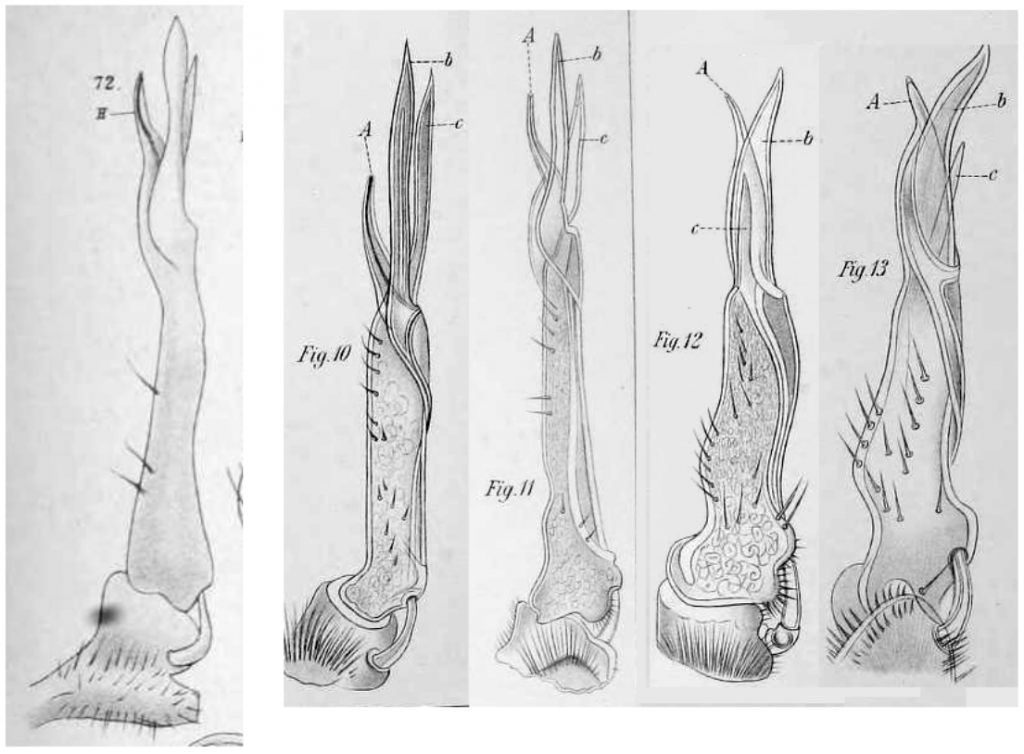 I’ve also been compiling taxonomic treatments (descriptions) in this way using BHL’s OCR output, edited where necessary. No more flipping through numerous old journals and photocopies, and scanning or typing blocks of text! I can quickly build a document containing multiple descriptions of the same species, or of genus-diagnostic characters across multiple species, all in one place for handy reference, and with BHL page URLs if I need to revisit the sources.

OK, maybe “enabled” isn’t the best word to describe what BHL has done for me as a taxonomist. “Spoiled” would be more accurate!

Dr. Robert Mesibov is a (retired) millipede taxonomist and the author of the Millipedes of Australia website. He currently works as a data auditor and cleaner. 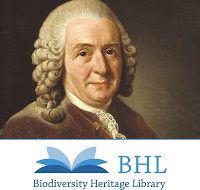 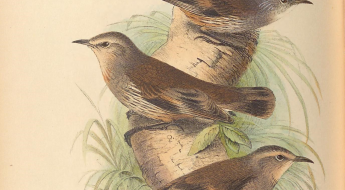