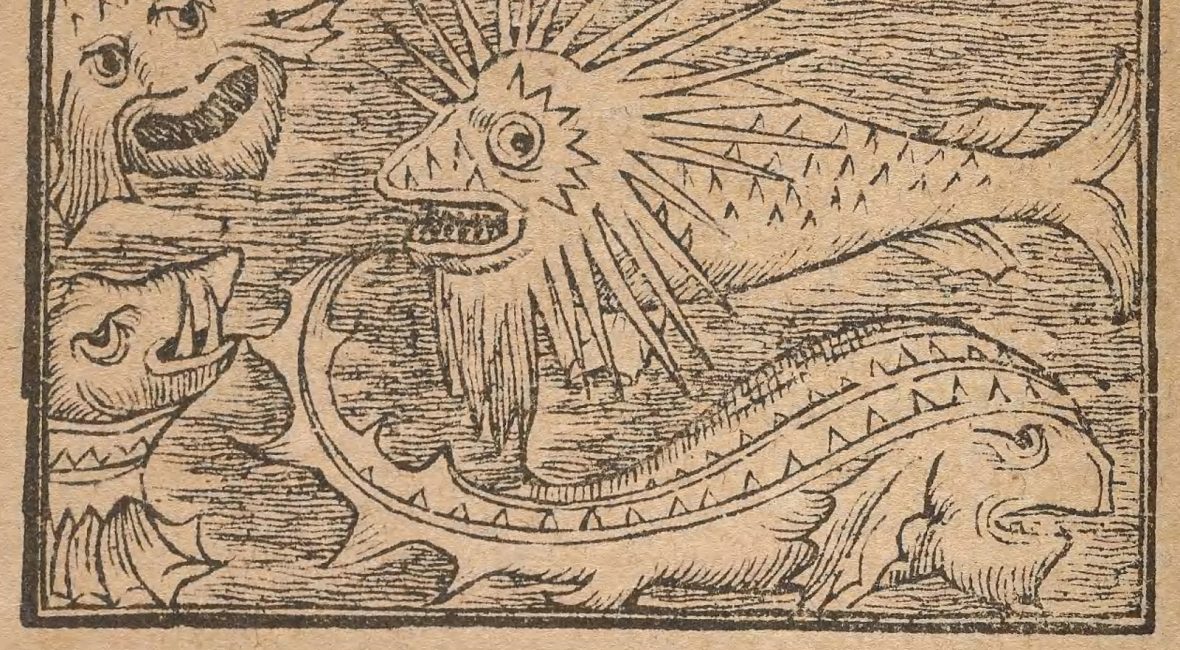 Science knows it by the name Architeuthis dux. For centuries, however, it was known by an altogether more infamous one – The Kraken. Aristotle first introduced us to the giant squid (which he called teuthos) in 350 BCE, and then, in AD 77-79, Pliny the Elder related a tale of a “polyp” that was killed during its attempt to steal salted fish from the fish ponds in Carteia (Ellis, pg. 123). Described as having 30-foot long arms, the beast has been identified as a squid. Giant squids have been seen throughout the world’s oceans, but they are quite common in the seas around Norway and Greenland.
END_OF_DOCUMENT_TOKEN_TO_BE_REPLACED
October 30, 2014byGrace Costantino
Share on FacebookShare on TwitterShare on PinterestShare on Google+Share on StumbleUpon
Blog Reel, Campaigns, Featured Books, Monsters Are Real 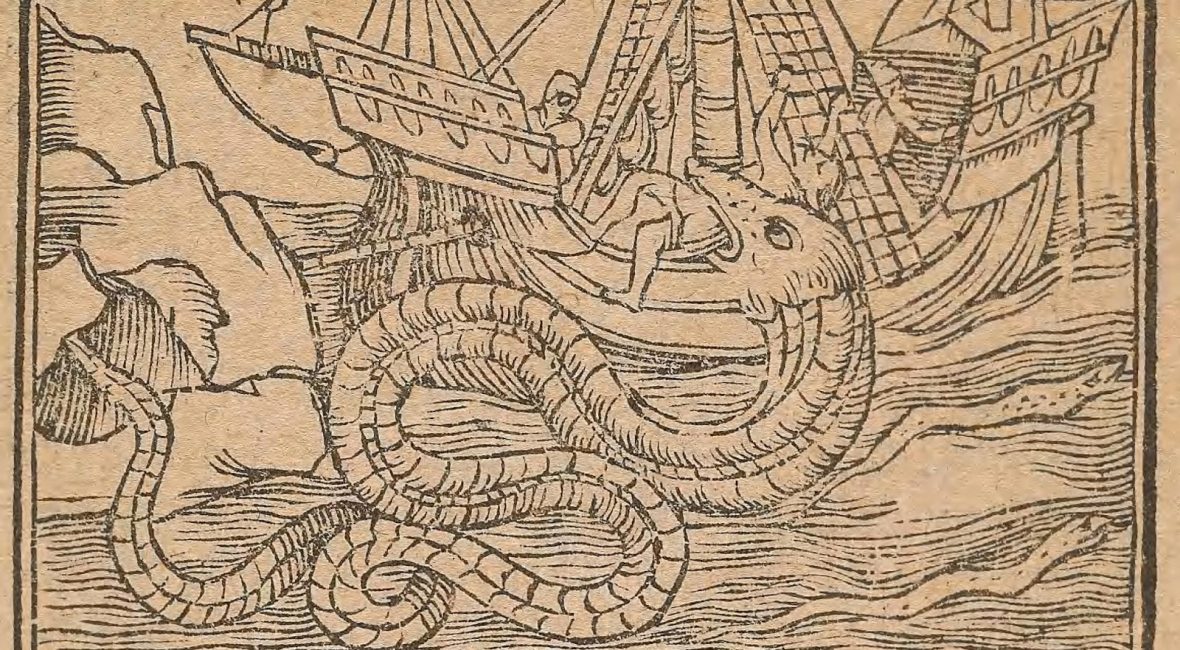 In the 16th century, the ocean was a terrifying place. Creatures of unimaginable size and ferocity stalked the waters. One such beast was Soe Orm. Olaus Magnus gave this gripping description of his sea serpent, accompanied by an equally formidable woodcut, in the 1555 masterpiece Historia de Gentibus Septentrionalibus (ca. 1557 edition available in BHL).
END_OF_DOCUMENT_TOKEN_TO_BE_REPLACED
October 29, 2014byGrace Costantino
Share on FacebookShare on TwitterShare on PinterestShare on Google+Share on StumbleUpon
Blog Reel, Campaigns, Featured Books, Monsters Are Real 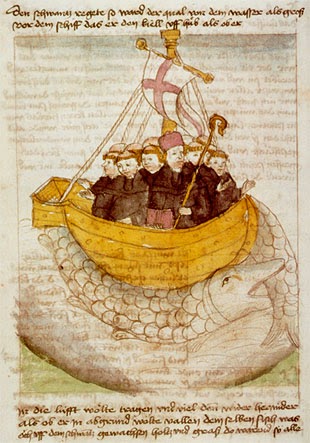 In the 6th century AD, St. Brendan, an Irish cleric, and eighteen other monks, sailed out from Ireland to cross the ocean. Amidst their journey, they came upon a black, treeless island and decided to make camp for the night. Several monks set up a cooking station and lit a fire. And then the island began to move. Terrified, the monks fled back to their boat, leaving the food and fire behind. St.
END_OF_DOCUMENT_TOKEN_TO_BE_REPLACED
October 28, 2014byGrace Costantino
Share on FacebookShare on TwitterShare on PinterestShare on Google+Share on StumbleUpon
Blog Reel, Campaigns, Featured Books, Monsters Are Real 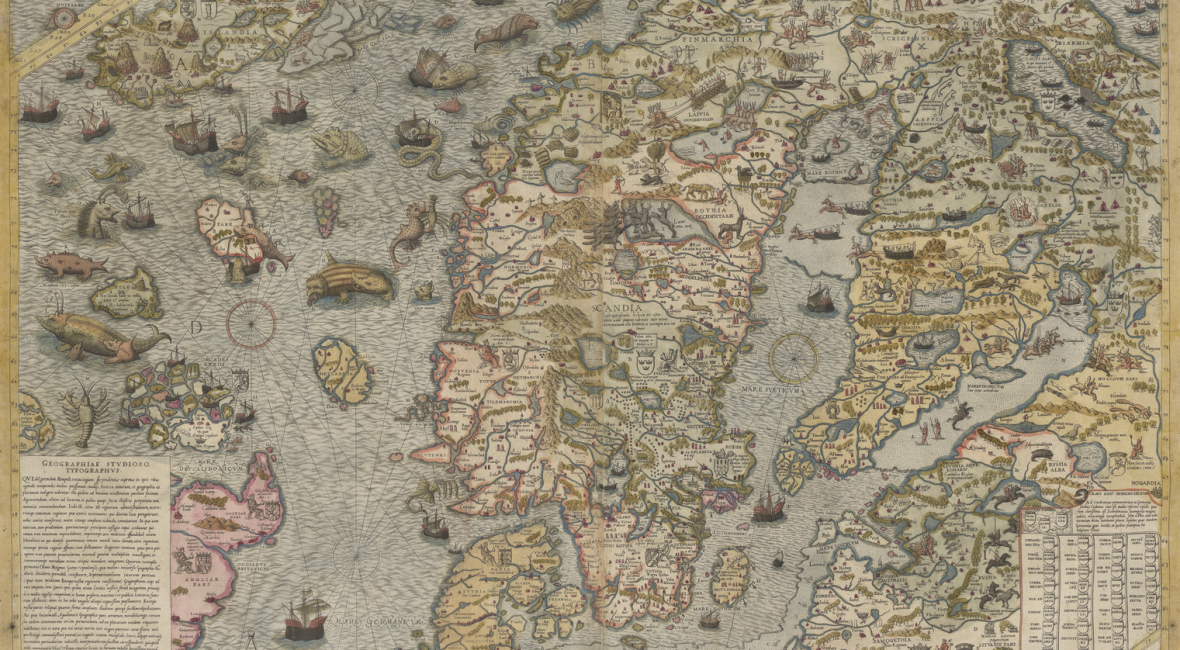 “HIC SUNT DRACONES.” This phrase translates from the Latin as “here are dragons.” It is etched on the eastern coast of Asia on one of the oldest terrestrial globe maps, the Lenox Globe, dating to 1510. Though the phrase itself is found on only one other historical artifact, a 1504 globe crafted on an ostrich egg, the depiction of monsters and mythological beasts are common on early maps.
END_OF_DOCUMENT_TOKEN_TO_BE_REPLACED
October 27, 2014byGrace Costantino
Share on FacebookShare on TwitterShare on PinterestShare on Google+Share on StumbleUpon
Blog Reel, Campaigns, Featured Books

From Billions to None: The Story of the Passenger Pigeon 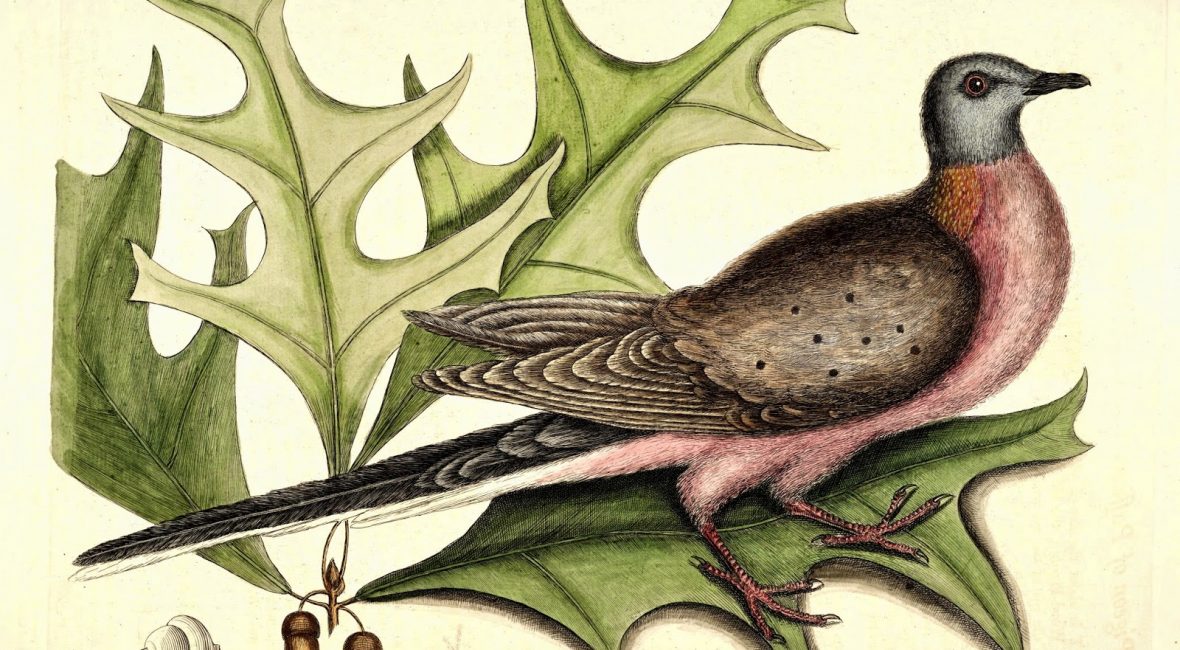 Ohio, 1854. A dense, black shadow begins to creep across the northern edges of the horizon, slowly but incessantly blotting out a bright cerulean sky. Residents take notice, and pour out of their homes and businesses to stare in wide-eyed awe and trepidation at the phenomena edging towards them. Hours pass, and the sky is hurled into unwavering darkness. Finally, as the day fades, the sun itself succumbs to this nameless power. Men and women fall to their knees in prayer, begging for deliverance from the Revelational apocalypse.
END_OF_DOCUMENT_TOKEN_TO_BE_REPLACED
July 15, 2014byGrace Costantino
Share on FacebookShare on TwitterShare on PinterestShare on Google+Share on StumbleUpon
Blog Reel, Campaigns, Featured Books 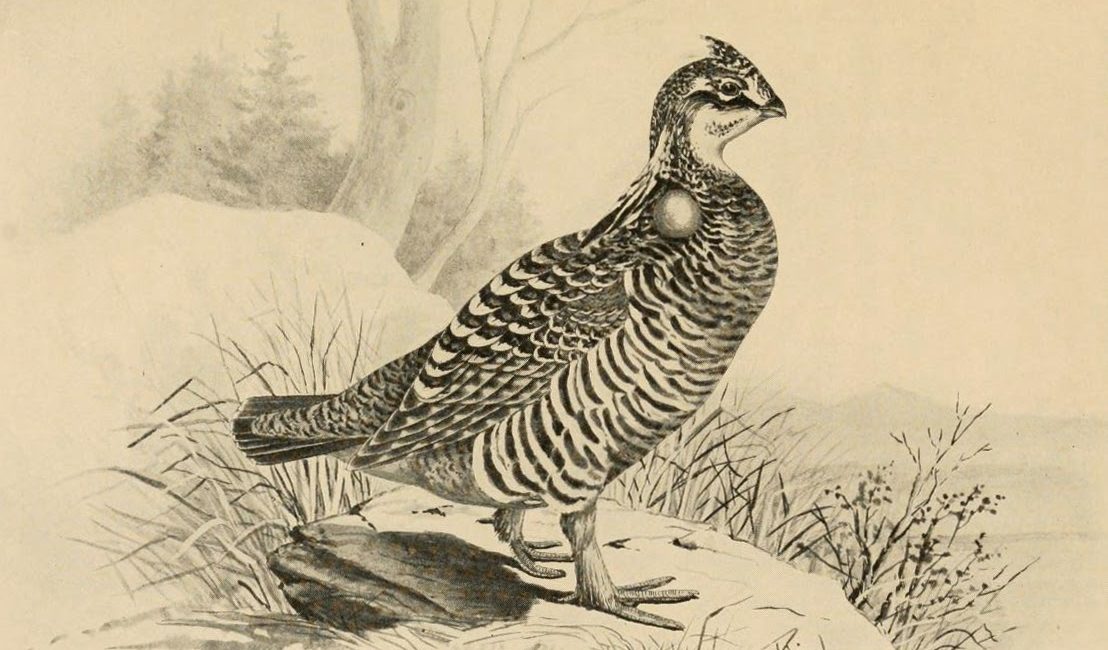 To help tell the story of four extinct bird species, BHL and the Smithsonian Libraries co-curated an exhibition–Once There Were Billions: Vanished Birds of North America–at the National Museum of Natural History.  The exhibit runs through October 2015 and provides insights into the fragile connections between species and their environment.  If you’re not in the area, you can still enjoy the online exhibit or browse digital versions of the select exhibit books in BHL. 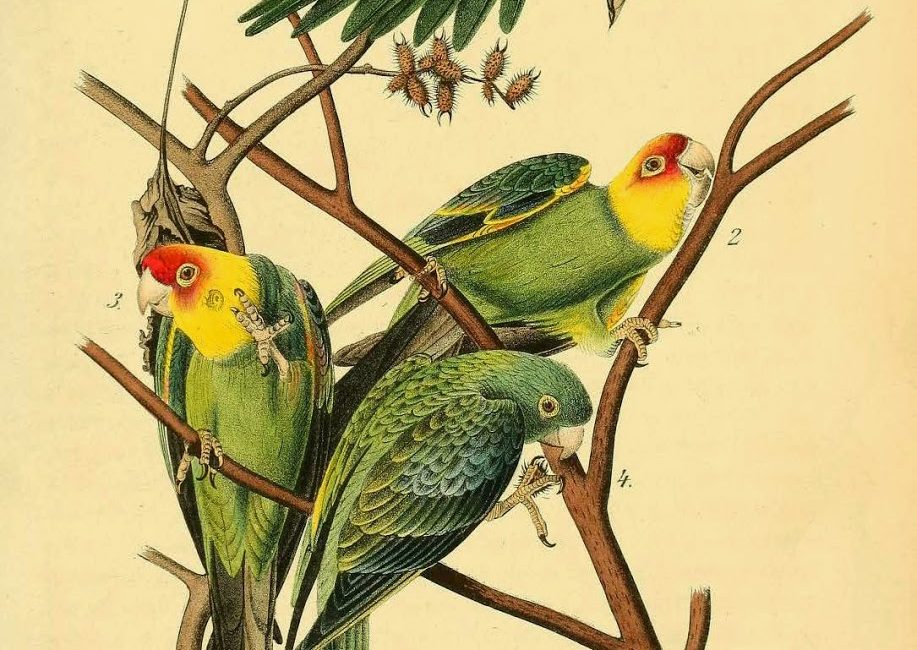 At this time of year, those of us in the U.S. often find our eyes turned skyward to admire a brilliant array of colors lighting up the night sky in celebration of America’s independence.  Up until about a hundred years ago, a colorful display of another kind filled the North American skies, and not just on the fourth of July. Jewel-colored Carolina Parakeets (Conuropsis carolinensis) traveled in huge, noisy flocks from southern New York and Wisconsin to the Gulf of Mexico, favoring old forests along rivers. Although they looked tropical, Carolina Parakeets didn’t migrate south in the winter but weathered the cold. As their forests were cut to make space for farms, the parrots were shot for feeding on crops and orchards.

END_OF_DOCUMENT_TOKEN_TO_BE_REPLACED
July 3, 2014byCarolyn Sheffield
Share on FacebookShare on TwitterShare on PinterestShare on Google+Share on StumbleUpon
Page 14 of 15« First...10«12131415»