In November 2009, the BHL started ingesting biodiversity related content from the Internet Archive. Since then, the BHL collection has grown significantly. Each week, the BHL brings in new content from the Internet Archive based on a criteria of selected Library of Congress Subject Headings and call numbers, with the aim of bringing in content related to the literature of biological diversity.

As described by the Convention on Biodiversity,

Biological diversity – or biodiversity – is the term given to the variety of life on Earth and the natural patterns it forms.…This diversity is often understood in terms of the wide variety of plants, animals and microorganisms.…Biodiversity also includes genetic differences within each species – for example, between varieties of crops and breeds of livestock. Chromosomes, genes, and DNA-the building blocks of life-determine the uniqueness of each individual and each species. Yet another aspect of biodiversity is the variety of ecosystems such as those that occur in deserts, forests, wetlands, mountains, lakes, rivers, and agricultural landscapes. In each ecosystem, living creatures, including humans, form a community, interacting with one another and with the air, water, and soil around them. http://www.cbd.int/convention/guide/

The BHL collection reflects this wide interdisciplinary spectrum. When ingesting content from the Internet Archive, the criteria of LCSH and LC call numbers are used to target as much relevant biodiversity literature as possible, but it is not fool proof.

Recently, the Ingest Criteria was reviewed by the BHL Collections Committee to identify subject terms and call numbers that were missing the mark. We noticed books were being brought in that were clearly not relevant to the BHL mission such as books about human anatomy, taxation, and hockey. The Ingest Criteria have since been revised to better target biodiversity relevant materials and most of the irrelevant content has been removed from our collection. Users should not have to weed through irrelevant materials in the BHL collection when access to this content remains available via other open access digital collections. For example, access to Mary Louise Serafine’s Measure of meter conservation in music based on Piaget’s theory will be via the Internet Archive website rather than through the BHL.

For more information about BHL’s de-accession policy, please see our documentation on our wiki http://biodivlib.wikispaces.com/Deaccession+Policy. Should you feel that any content has been removed from BHL unnecessarily, please feel free to send us your comments to our feedback form.

A Consortium that Scans Together, Bands Together 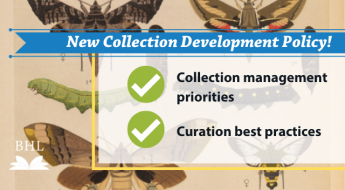 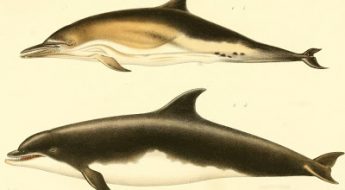